This landmark exhibition explores the influence of Michael Jackson on some of the leading names in contemporary art.

“Michael Jackson is one of the most influential cultural figures to come out of the 20th century and his legacy continues into the 21st century. His significance is widely acknowledged when it comes to music, music videos, dance, choreography and fashion, but his considerable influence on contemporary art is an untold story,” notes London’s National Portrait Gallery. 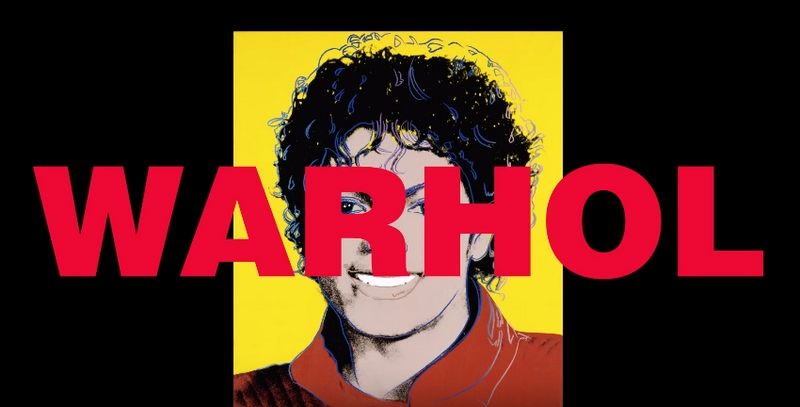 This article titled “Michael Jackson: On the Wall review – king of pop as the ultimate muse” was written by Adrian Searle, for The Guardian on Wednesday 27th June 2018 11.19 UTC

‘Ariel of the ghetto,” the writer Hilton Als called him. He has been compared to Baudelaire and Frankenstein’s monster; he played the Scarecrow in the Wiz, and transformed himself into a zombie in the Thriller video. He was both a global superstar and an enigma, almost universally feted, then prosecuted and vilified. Michael Jackson, now the subject of a large and surprising exhibition at London’s National Portrait Gallery, proves to be an enormously fertile figure for artists to have got their heads, as well as their art around, and often their hearts too.

Largely, Jackson passed me by, except as a kind of background music. The videos came and went on the screen and, as the news stories and TV footage became ever more puzzling and alarming, what interest I might have had in him became increasingly voyeuristic.

And all the while Jackson kept cropping up in places I didn’t expect to find him. My dry cleaner on the Hackney Road dressed like him. Jeff Koons made a giant porcelain sculpture of Jackson and his pet chimp, Bubbles. And here he is in Andy Warhol portraits, and in a huge equestrian portrait by Kehinde Wiley, based on Rubens’ Philip II on Horseback. Jackson is on the cover of Rolling Stone and Ebony and, in a Catherine Opie photograph, framed and smiling on Elizabeth Taylor’s bedside table. He’s a pieta, the Archangel Michael defeating the devil and, in a Mark Flood collage, a four-eyed alien standing next to ET. There are gigantic Michaels, tiny Michaels, badly drawn Michaels. Here he is in a horrible painting by Maggie Hambling that makes you squirm and want to run away. It is the worst thing here.

In Jordan Wolfson’s Neverland, Jackson is reduced to a tiny pair of hand-drawn eyes, blinking and swaying in a blank sea of emptiness on a big screen, to a gurgling sound reminiscent of a fish-tank aerator. Globbloboblob goes the sound, replacing whatever music Jackson might be swaying to. In Appau Junior Boakye-Yiadom’s PYT, Jackson is reduced to an overlarge pair of penny loafers, held on tiptoe (like his dance move “the freeze”) by a bunch of balloons. David Hammons has Jackson as one of a trio of microphone stands, the others standing for boxer Mike Tyson and basketball player Michael Jordan, in Which Mike Do You Want to Be Like…? The mic stands are too high for anyone to use, an image of unattainable ambitions and public expectations.

Neither hagiography nor reliquary – no pots of skin-whitener, no Swarovski-encrusted glove, no shades, nothing about the nose: this is not the Michael Jackson Story. A refracted portrait of Jackson through the eyes of 48 artists, On the Wall feels an entirely justified exhibition. It is not the last word. As Zadie Smith wrote in her novel Swing Time: “A great dancer has no time, no generation, he moves eternally through the world, so that any dancer in any age may recognise him. Picasso would be incomprehensible to Rembrandt, but Nijinsky would understand Michael Jackson.” The novel’s narrator also recalls a story that Fred Astaire begged Jackson to teach him the moonwalk. Fred, like Jackson’s nose, isn’t here. Instead we have Klara Lidén, moonwalking the streets of Manhattan at night, in a grainy video, and Spartacus (or do I mean Marvin Gaye, or is it now Monster) Chetwynd and her chums dancing to Thriller, with bawdy squirts of artificial smoke, in a strangely ritualised performance titled (according to the on-screen credits) Thiller. It looks like a covert recording of a bizarre ritual as much as a Jackson homage. Perhaps it is just that.

For all these attempts to fix him, Jackson remained slippery and perhaps unknowable, a screen on which to project dark and light

Everywhere in the show, Jackson’s voice and Quincy Jones’s arrangements leak from tinny headphones and drift from videos. When Jackson’s Dangerous world tour hit Bucharest in 1992, two years after the communist regime fell, the audience went utterly berserk. Jackson stood alone and static. Removing his glasses drew a roar. A single hand movement caused an outpouring of screams Ceausescu could never have engineered. Footage of the concert, focusing almost as much on the audience as the performer, is shown in a room alongside the Michael Jackson masks the tour’s promoters distributed, interspersed with newspaper images of the faces of Romanians, taken at the time of the concert. Faces and masks alike are illuminated, glowing from the gallery wall. Everyone, it seems, was illuminated by Jackson’s presence.

Lorraine O’Grady twinned Jackson’s image with photographs of Baudelaire, as the first and last modernists (the French poet and essayist emerging from Romanticism, Jackson morphing into the postmodern). Yet for all these attempts to fix him, Jackson remained slippery and perhaps unknowable, a screen on which to project hopes and fears, darkness and light, perversity and pleasure. In the last work in the show, Candice Breitz filmed Jackson fans from Germany and Austria, singing their way through the entire Thriller album. The 16 performers are shown side by side, awkward, ecstatic, out of tune, rapt in the songs and the performance. One was given a copy of Thriller while in prison in East Germany, and the album offered mental escape. Which one is she? What are their stories?

No wonder artists have been drawn to Jackson. You couldn’t make him up. His strange life at Neverland, his philanthropy, his attempt to – almost – become white, his androgeny, his consummate work ethic, his wealth, his vulnerability all seemed to conspire against him. I may never have owned a Jackson album, but he’s there on samples, mixed down and mixed-up, and still drifting on the air, and in and out of my life. He was an inspiration, a model, a tragedy. I have never thought about him so much as in the last 24 hours, and shall never think of him again as I did before. That is a measure of this exhibition.