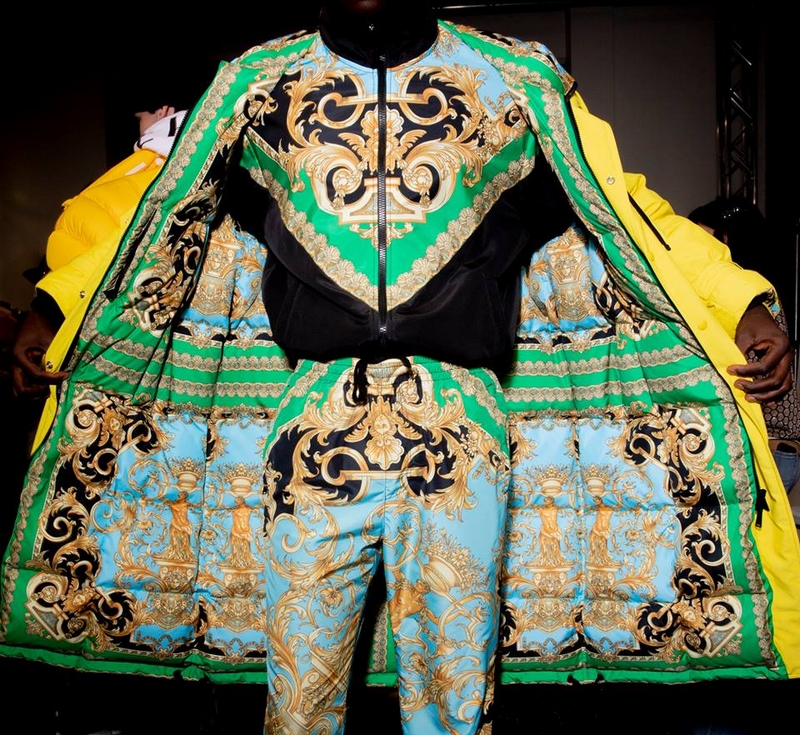 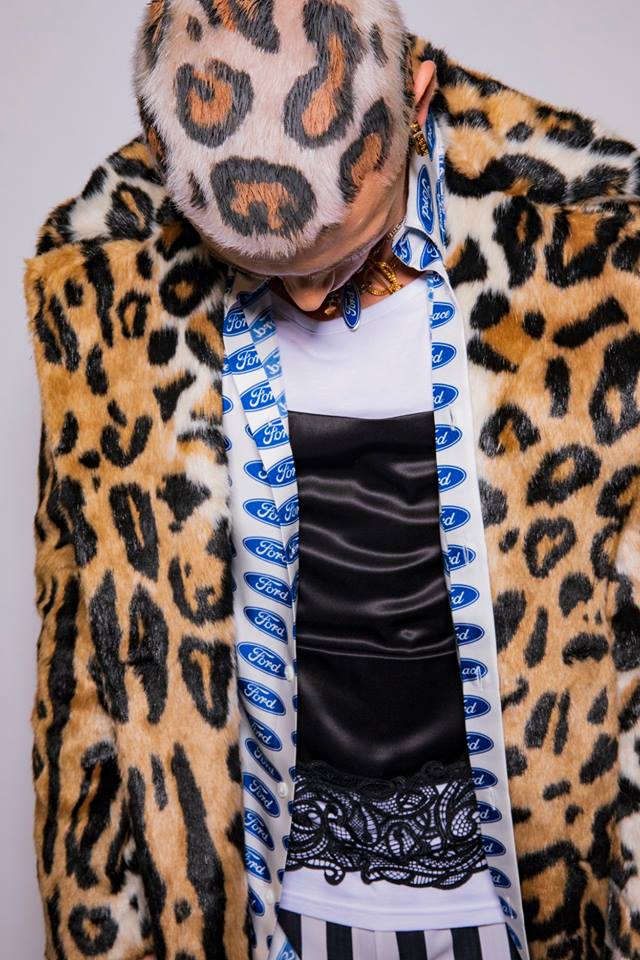 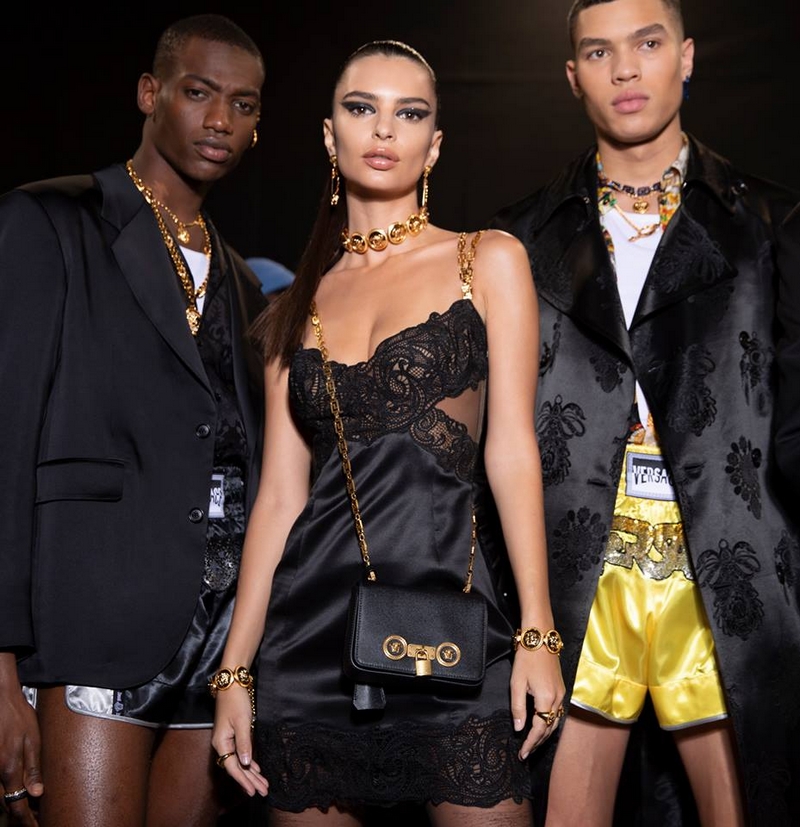 This article titled “Menswear evolves in new ways at Versace and Marni in Milan” was written by Scarlett Conlon in Milan, for The Guardian on Sunday 13th January 2019 13.05 UTC

“Daring” is how Donatella Versace describes today’s man – or at least the man who wears Versace. At the brand’s menswear show in Milan on Saturday evening, the designer showed a heady mash-up of textures, prints and palettes to the soundtrack of Supermodel (You Better Work) by drag queen RuPaul – highlighting that in 2019, men have more freedom than ever to express themselves through fashion.

“Everything has changed, and today’s society allows everyone a greater freedom to express themselves with their clothes as well as with their actions,” she told guests. For autumn/winter 2019, Versace’s man will be mixing things up in Prince of Wales tailoring teamed with transparent plastic trousers, baroque and bondage motifs – referencing the work of founder Gianni in the 90s, bejewelled jeans, Beetlejuice stripes and leopard print. A collaboration with Ford – inspired, said Versace, by the “excitement of buying your first car” – will revive the American car manufacturer’s iconic blue-and-white logo on athleisure and leather jackets.

Versace is right to be monitoring the zeitgeist. Not only is the menswear market booming – in the UK, menswear is predicted to grow by 11% between 2018 and 2022 to reach £17.1bn – but all eyes have been on the brand’s bottom line since its acquisition by Capri Holdings (formerly the Michael Kors group) on 31 December for £1.64 billion. While the it came as a surprise given that the Michael Kors group’s previous expertise lay in mid-range rather than luxury fashion, the sale was a celebrated one, securing Versace’s financial security, growth and longevity. Back on Italian soil this weekend at the first show since the deal was officially done, Versace was keen to point out that she understands the importance of evolution on the catwalk as much as in the boardroom.

“In the 90s there was such a specific idea of a man, but since then, fashion has evolved dramatically and today one cannot define men in just that same, clear way. What I wanted to show in this collection are the different facets of a man, who, like everyone, dresses according to the occasion and has gained the courage that he didn’t have before.”

There is clearly an insatiable interest in and demand for the brand. At the Golden Globes last week, The Assassination of Gianni Versace: American Crime Story (which the Versace family said “should only be considered a work of fiction”) won two of the 25 awards on offer, including best miniseries or television film, while, according to Capri Holdings CEO John Idol, 2018 saw double-digit growth.

At Marni earlier in the day, designer Francesco Risso continued his own evolution, albeit a more eccentric one than Versace’s. He coined his collection “a metamorphic exploration of the new youth through three-dimensionality”, which manifested in oversized layers of wool boucle, moleskin, mohair and leather, punctuated with prints derived from the 1976 animated film Allegro Non Troppo.

In the same way that the Italian animation was intended as a parody of Walt Disney’s Fantasia, Risso’s fourth menswear collection for the brand exuded the playfulness and fun that the designer (whose own Instagram handle is @asliceofbambi) has frequently spoke about being central to the house founded in 1994 by Consuelo Castiglioni.