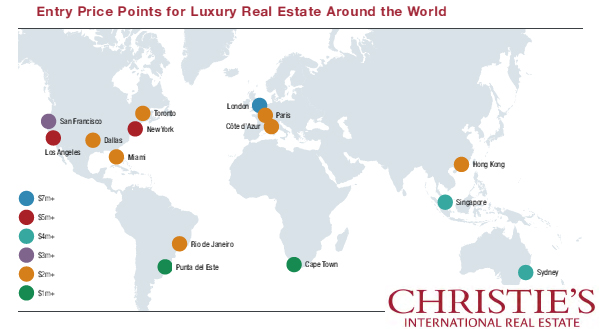 With more millionaires and billionaires in the world than ever before, pent-up demand and increasing consumer confidence, luxury real estate sales surged in 2013 around the world, according to a recent report by Christie’s International Real Estate, the real estate arm of Christie’s art house. The global luxury residential real estate market flourished in 2013, with exceptional increases in the volume of US$1 million-plus market sales. Now in its second year, “Luxury Defined: An Insight into the Luxury Residential Property Market”, presented an in-depth analysis of luxury market trends and compares 10 of the world’s top property markets: Cote d’Azur, Hong Kong, London, Los Angeles, Miami, New York, Paris, San Francisco, Sydney, and Toronto.

Using ‘Christie’s International Real Estate Index,’ markets were ranked across key metrics including record sales price, prices per square foot, percentage of non-local and international purchasers, and the number of luxury listings relative to population. London topped this year’s
Index, with a US$101.5 million top sale and average luxury home sale prices of US$4,683 per square foot. 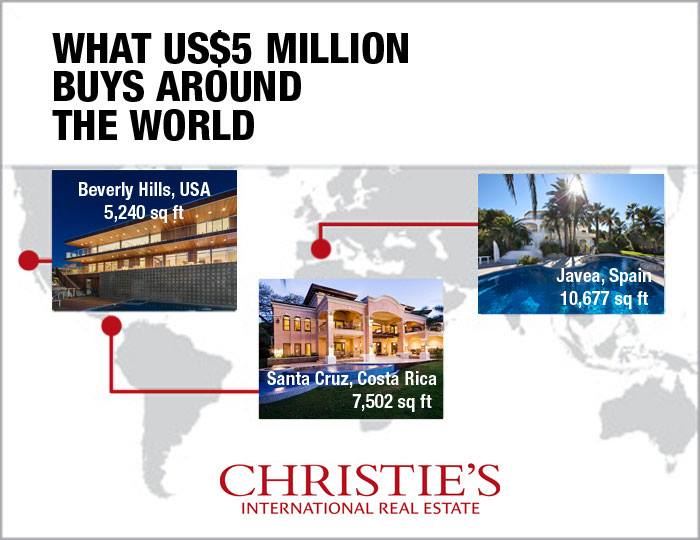 The  report identified a number of key trends in each of the top markets, as well as in the broader luxury housing sector globally:

While the report focuses on 10 indexed markets, it also provides insight into other key luxury residential areas around the globe including Rio de Janeiro and Singapore as well as prized markets with a population of less than 150,000, such as La Jolla, California; Monte Carlo, Monaco; Punta del Este, Uruguay; and Sarasota, Florida.