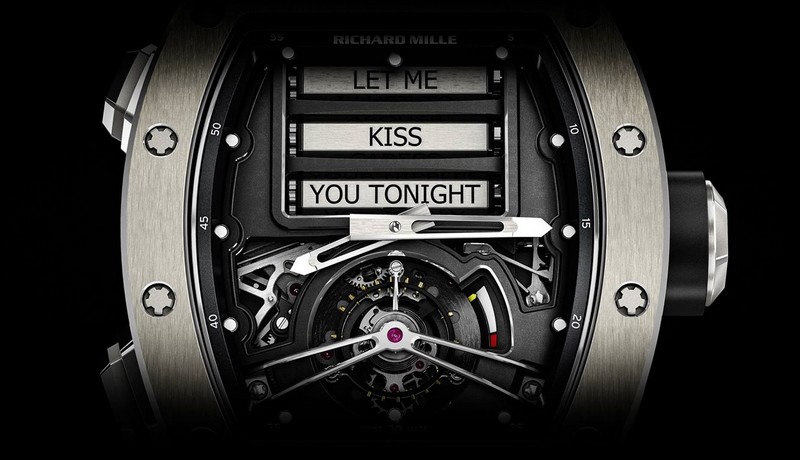 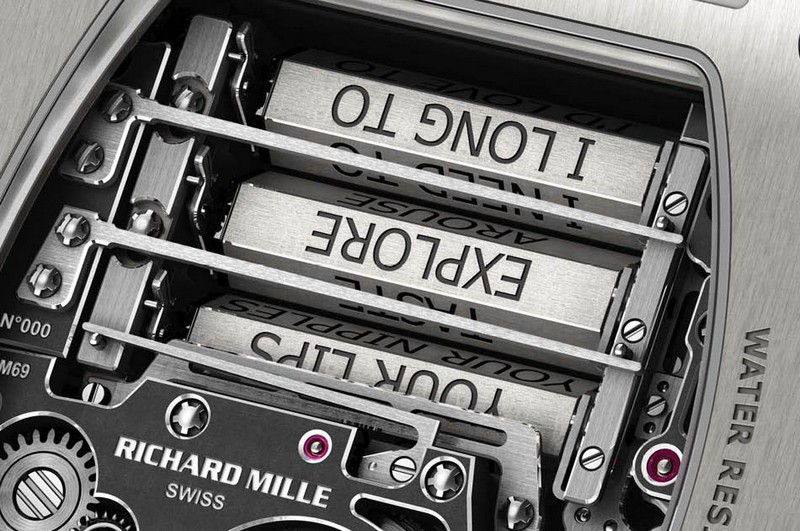 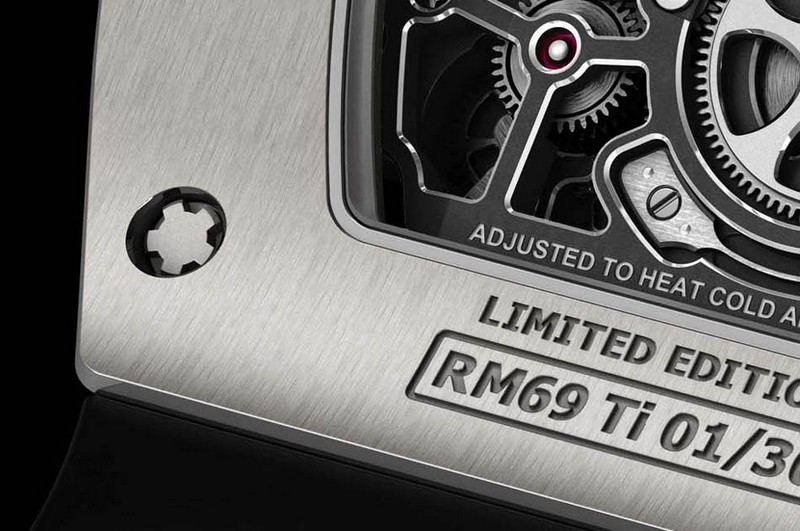 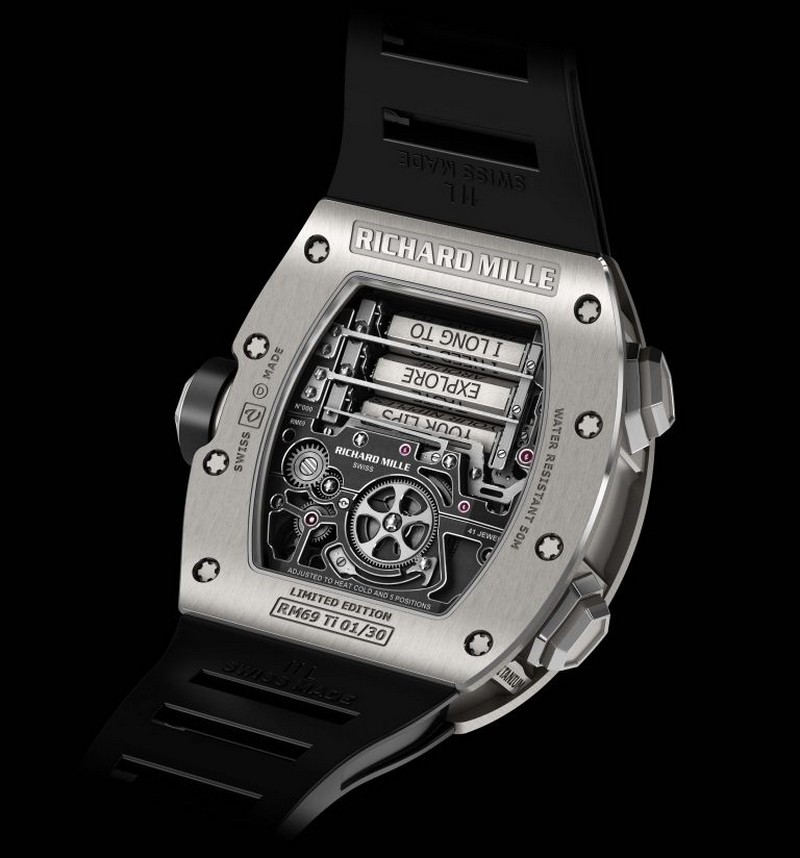 The complex mechanism, which occupies a large part of the surface of the movement, is activated at the owner’s request
by pressing a push-button at 10 o’clock. Releasing the button triggers the rotation of the grade-5 titanium rollers.
To facilitate reading the statements, a push-button located at 8 o’clock commands the hours and minutes hands to
momentarily retract.

The caliber RM 69 features a unique Richard Mille architecture known as Duoplan, which was developed in collaboration with engineers from AP Renaud & Papi.

In this Duoplan construction, the tourbillon and barrel are superimposed on the same axis rather than being assembled face-to-face. This ensures that the caliber is more compact and has greater shock-resistance, meaning that larger
complications can be integrated into the watch. 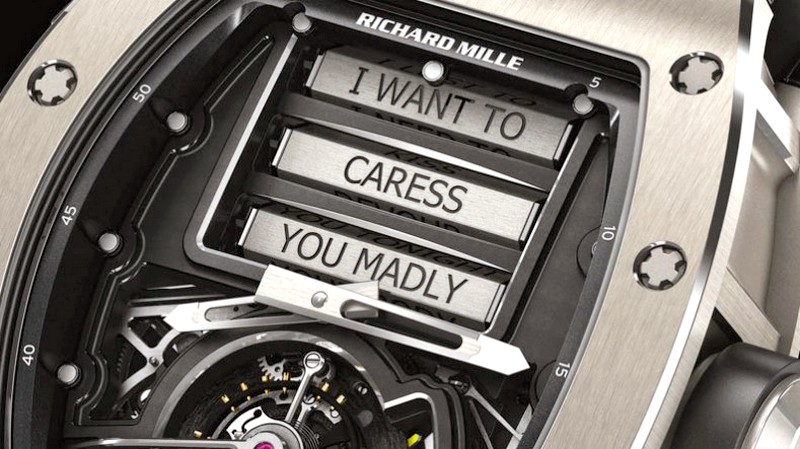 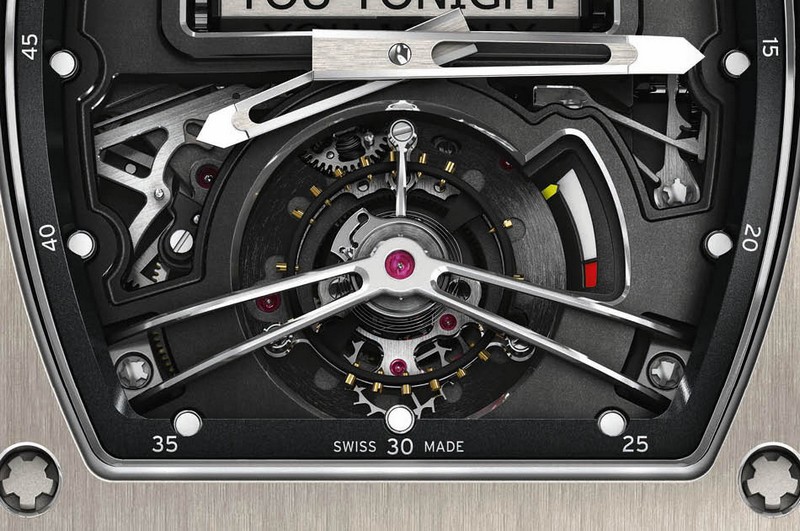 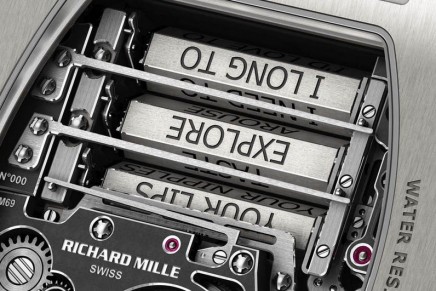 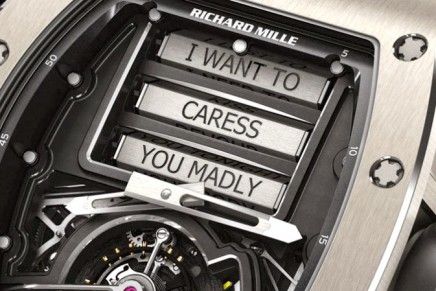 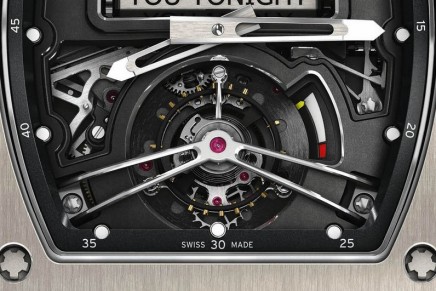 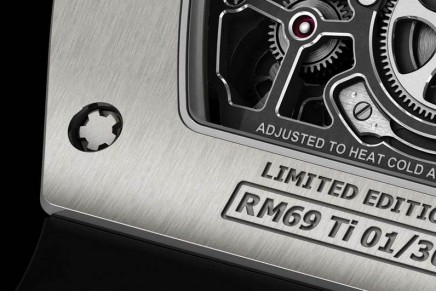 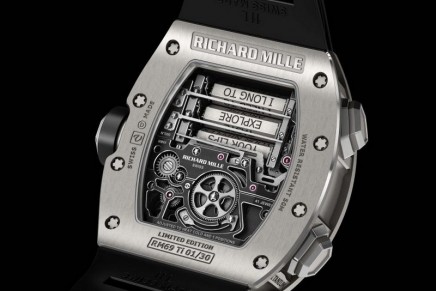 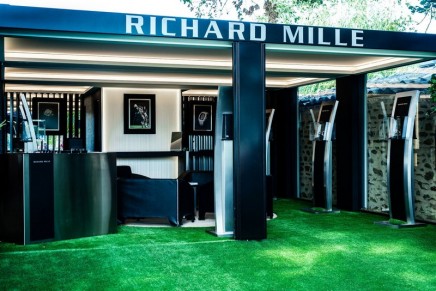 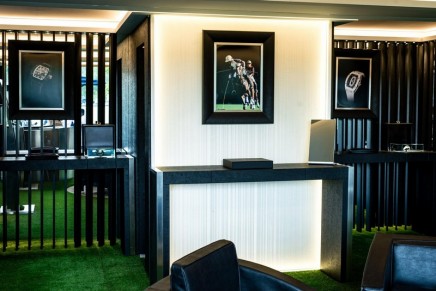