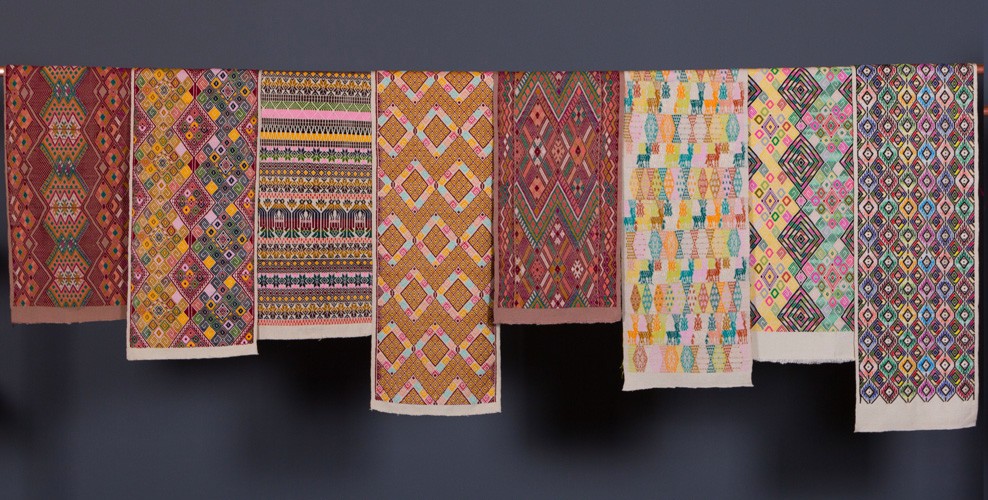 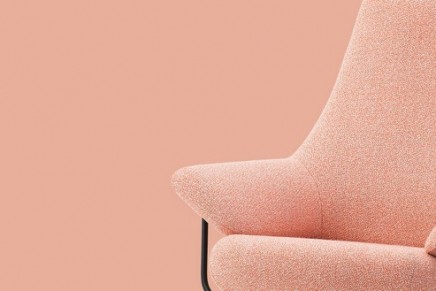 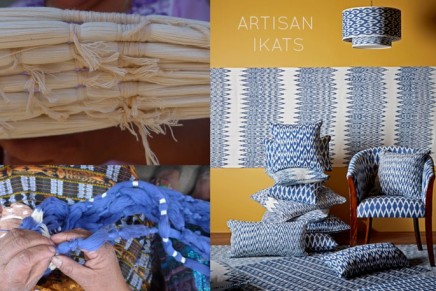 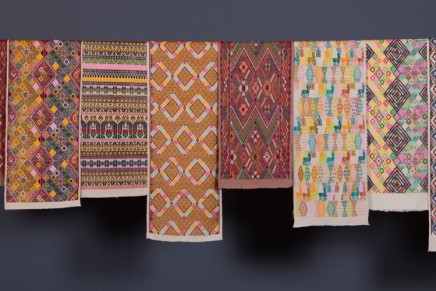 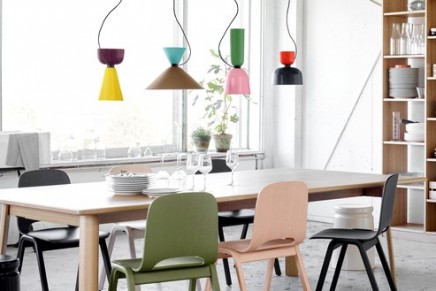 This article titled “Looking for a future classic?” was written by David Nicholls, for The Observer on Sunday 6th September 2015 08.00 UTC

Now in its 13th year, the London Design Festival has grown to behemoth proportions with 350-odd exhibitions, some of which themselves feature hundreds of designers and brands launching their latest creative offerings. It has spread beyond the confines of its original horizontal axis, where sophisticated home furnishings were largely found in the west while the east was dominated by edgier designs by new-to-the-scene names. It’s far more blended now, and there are offshoots to the north, in Islington, and the south, in Brixton. The LDF has opened up the entire city to the world of new – and sometimes great – design from across the globe and invited its inhabitants to come along for the show. With such a large-scale festival, and one with a uniquely wide breadth of represented styles, it is a cruel editor who asks a journalist to pick just five highlights to preview. And although I’ve given it a go, I could easily write this list five times over before feeling satisfied that I’ve covered everything I’m looking forward to seeing.
David Nicholls is features director of House & Garden; @mrdavidnicholls. The London Design Festival runs from 19-27 September. For more information, visit londondesignfestival.com

For more than 10 years Pinch Design, comprising husband-and-wife team Russell Pinch and Oona Bannon, has carved out a reputation for its handsome wood cabinetry, and it also produces a smart range of upholstered furniture and lighting. So strong is the brand’s association with natural materials and traditional joinery that I am more than a little intrigued to see Pinch Design’s latest creation. The Nim table is a complete departure for Pinch: a piece made from Jesmonite, a lightweight water-based resin whose chameleon-like qualities allow it to give the effect of metal, wood, plaster, stone and more. It’s commonly used in architectural mouldings and sculpture because of its ability to express fine detail. Nim is a limited-edition piece (just 50 will be produced) which is cast in a Gloucester workshop and handpainted to create an effect that calls to mind a geological core sample. £4,350, pinchdesign.com

Upholstered furniture by A Rum Fellow at Decorex

A Rum Fellow started up a few years ago as an online shop selling vintage objects and art, mid-century furniture and traditionally woven textiles from Central America. Its founders, Caroline Lindsell and Dylan O’Shea, have built upon this with great taste and skill, most notably in the development of an upholstered furniture range. Here they have made good use of the textiles produced by Mayan artisans. While strong ethnographic motifs could easily overwhelm an interior space, A Rum Fellow uses a light touch and chooses its colour palette wisely. The furniture is handmade and upholstered in an British workshop, with pieces made to order in any combination of patterned and plain textiles. New pieces from this collection will be on show at Decorex, in the grounds of Syon Park in west London, and I can’t wait to see what they’ve come up with this year.
Hatton tub chair with Flores brocade and Toliman Ikat, £1,225, arumfellow.com

The Italian designer Luca Nichetto has had a storming 12 months, not only designing for a range of innovative companies, such as De La Espada and Foscarini, but also setting up his own eponymous brand and even, bafflingly, launching a fragrance. During the London Design Festival, new work from this free-thinker will be exhibited by Hem, an online design studio that, since setting up just one year ago, has built an impressive roster of rising design stars, of which Nichetto is undoubtedly one. His Alphabeta lamps see a mixture of shapes and colours act as the building blocks of a modular system allowing for myriad construction possibilities. It’s a playful idea: modern, minimal, and fitting in with the current “customisation” trend where end users get the final say on how products they buy actually look. From £190, hem.com

Factory at The Future Laboratory

Over in Spitalfields, two great British brands are staging Factory, an exhibition with hands-on demonstrations and interactive displays. Benchmark (makers of fine wood furniture) and 1882 Ltd (a ceramics company founded by a scion of the renowned Johnson Brothers family) are fiercely proud of their commitment to British craft and industry. This show is their chance to show this off to a wider audience, and to reveal the brands’ latest collections and collaborations. Particularly interesting for me is a new range by Dutch designer Kiki Van Eijk, whose conceptual work includes a shelving unit inspired by ironing boards. For 1882 Ltd, Van Eijk has taken inspiration from the richly tattooed factory workers she has encountered, and decorated bone-china shapes with layers of inked animals. I’m also keeping an eye on Factory’s programme of talks, which is being curated by the event’s hosts, trend-forecasting company The Future Laboratory. From £12.95, 1882ltd.com

Although a design festival, there will be no shortage of craft on show across the city. Items of luxury will be found in the Future Heritage feature at Decorex, where curator Corinne Julius has worked with makers including Nic Webb and Bethan Laura Wood. More affordable pieces will be exhibited on Brick Lane, however. Here online craft marketplace Etsy will stage Four Corners of Craft, held in association with the Crafts Council and Tent. This is a selling exhibition featuring the work of 46 craftspeople working in a wide variety of materials and disciplines to create unique handmade pieces. One that I’m most looking forward to meeting is Zack Mclaughlin, who makes startlingly lifelike animal sculptures from paper, wood, clay and paint. Owl £750, hummingbird £295, etsy.com