Lexus design language could be applied to a maritime lifestyle. 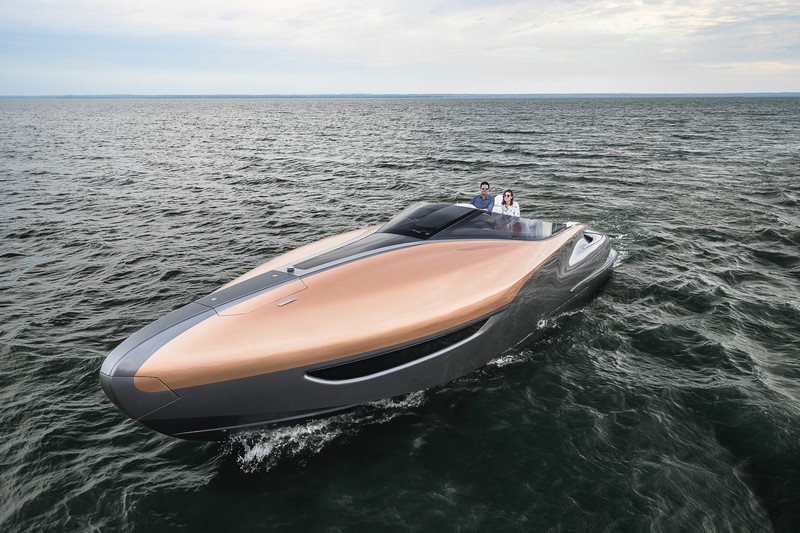 A new concept stirs Lexus design team’s creative energies and pushes the imagination to design and lifestyle possibilities outside of the automotive realm the car manufacturer knows well.

Lexus, the premium division of Toyota Motor Corporation, unveiled a stylish premium performance yacht concept to complement the Lexus lifestyle. As a concept, the Lexus sport yacht revealed at Miami is a bespoke one-off project with no production intent.

A brief for an open sport yacht for recreational day-touring with six to eight guests, powered by twin high-performance Lexus V8s and with advanced styling and handling was given to the Lexus Design Center in Toyota City, Japan.

To produce this single example the Marine Department selected the Marquis-Carver yacht Group of Pulaski, Wisconsin, USA, based on their in-house engineering and manufacturing capabilities and their skill in large hand-laid composite structures. 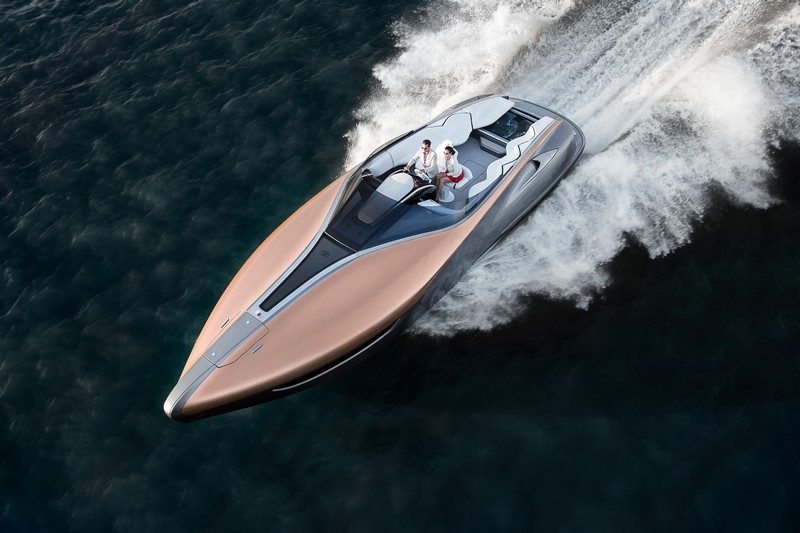 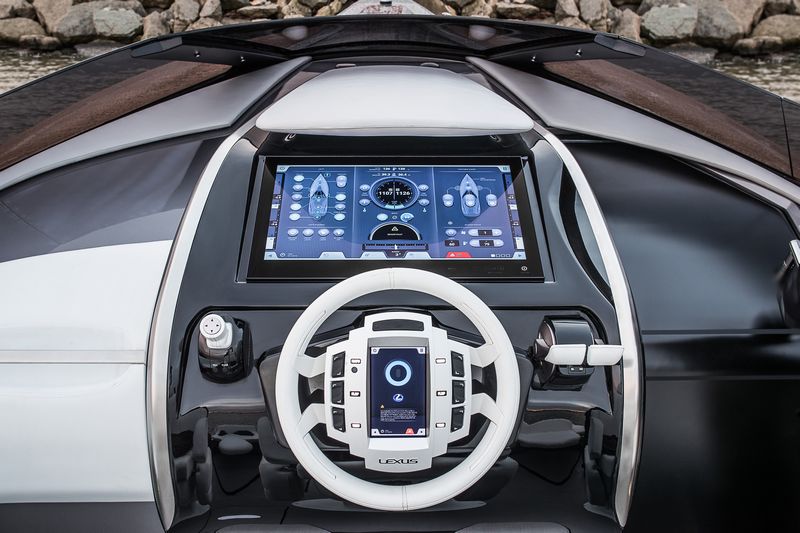 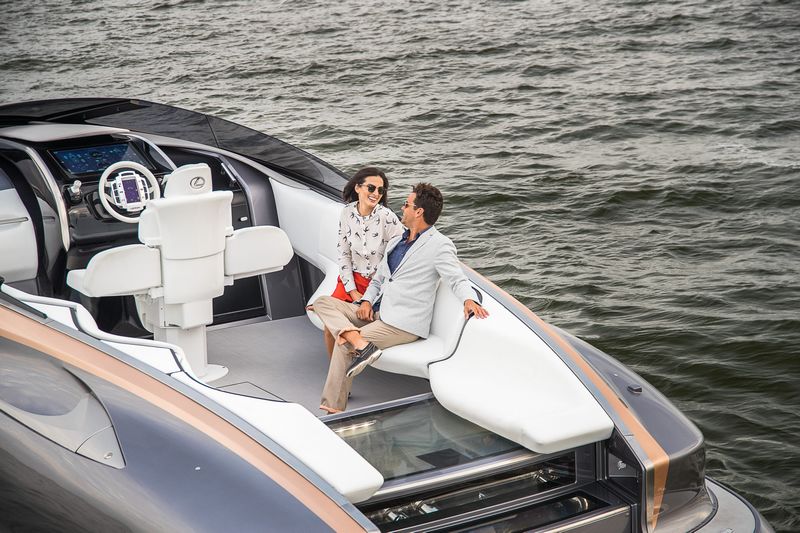 The concept is powered by twin 5.0-liter V8 gasoline engines based on the 2UR GSE high- performance engine of the Lexus RC F coupe, the GS F sport sedan and the new LC 500 grand tourer. Each engine produces over 440 horsepower, driving the yacht at speeds up to 49 miles per hour (43 knots) through a pair of hydraulically controlled inboard/outboard stern-drives. A bow-thruster with joystick control aids in docking.

The forward passenger cabin is inviting in luxurious Lexus leather with wood and glass details. 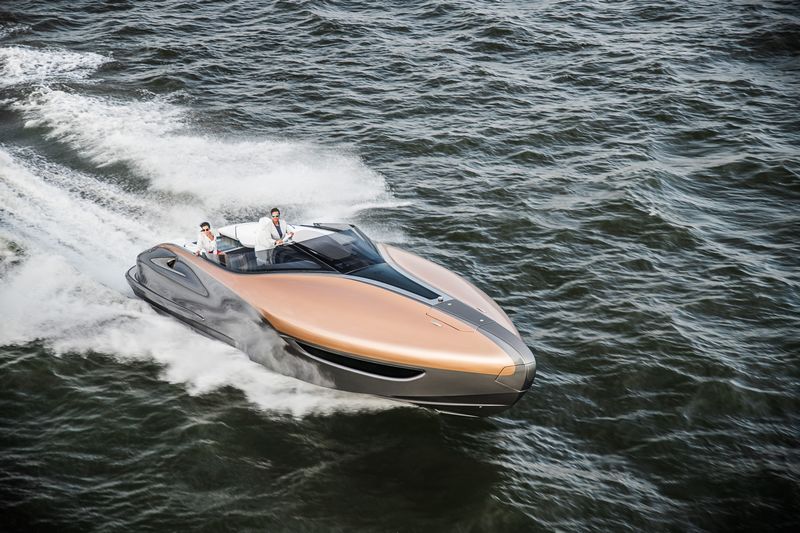 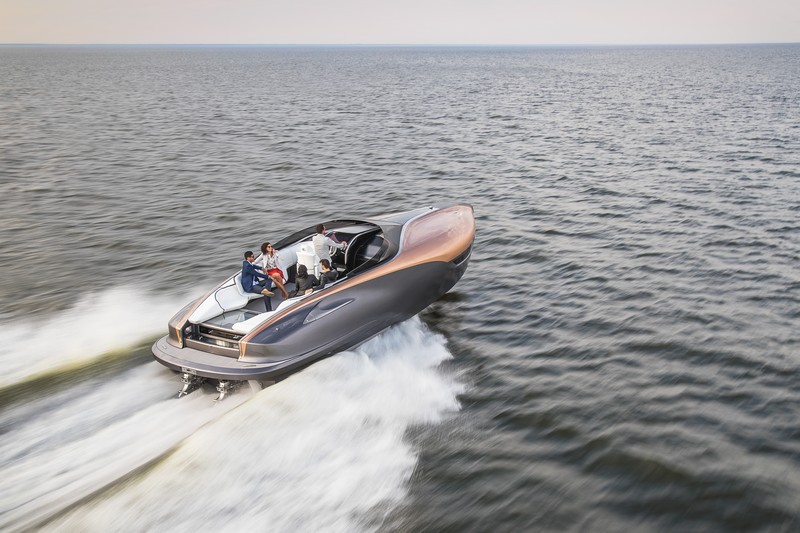 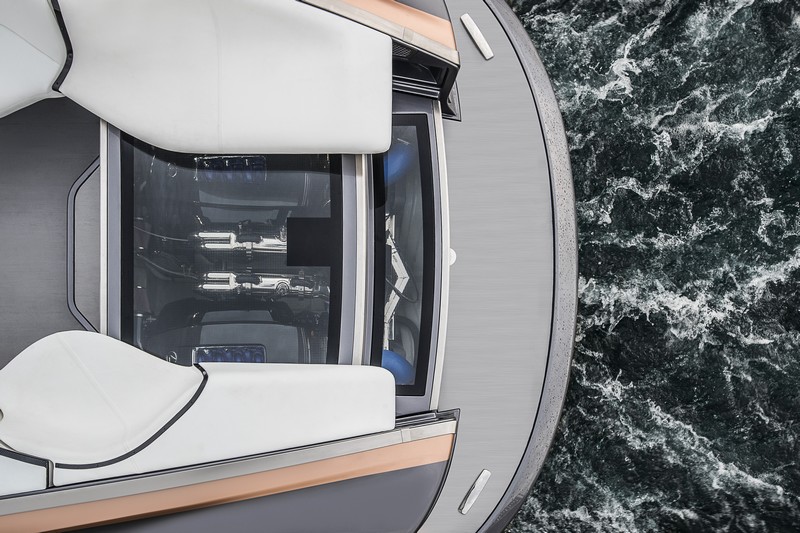 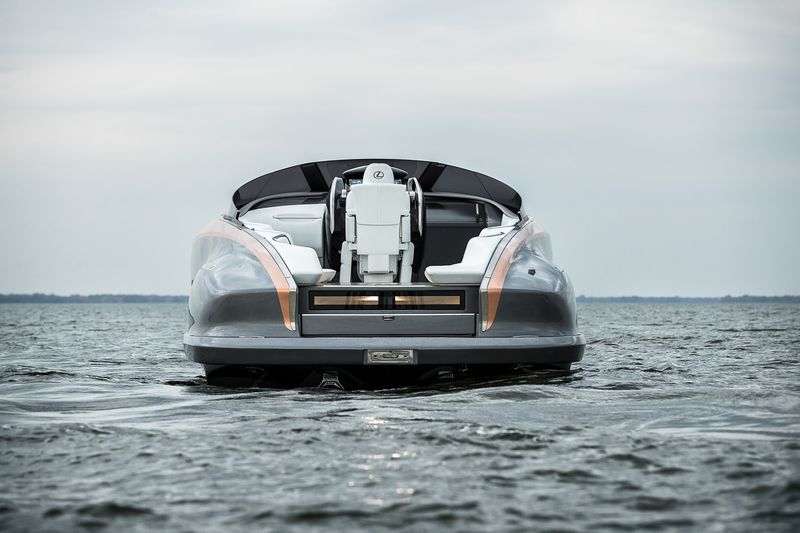 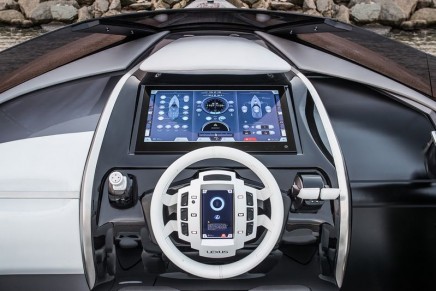 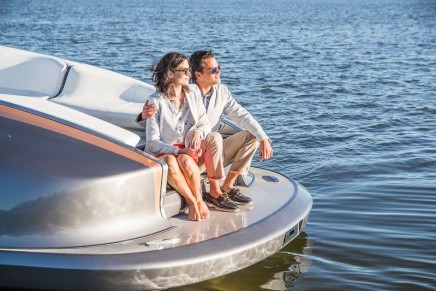 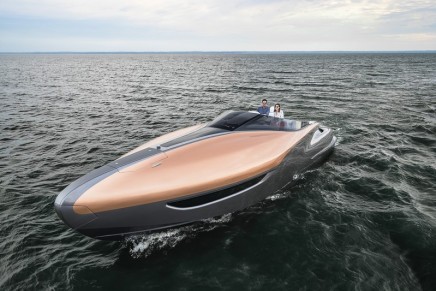 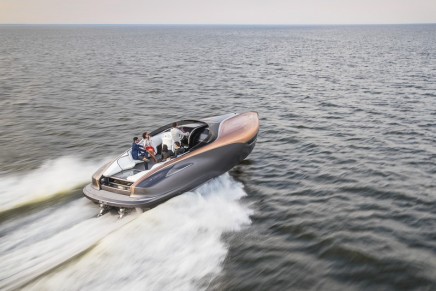 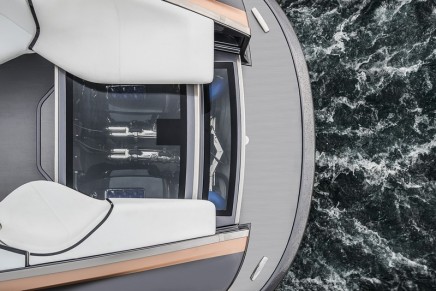 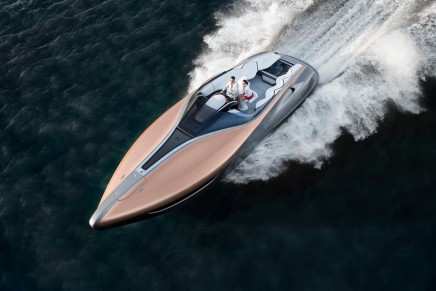 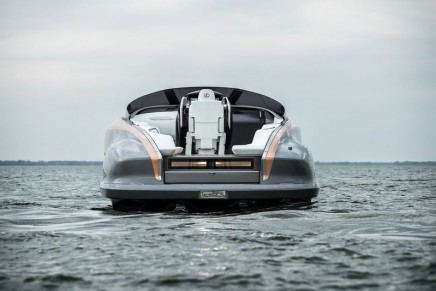 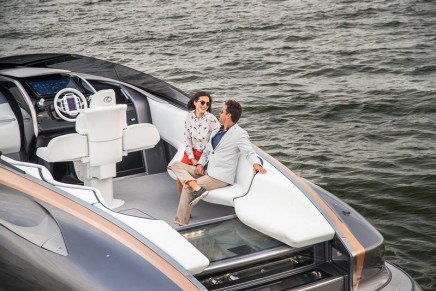