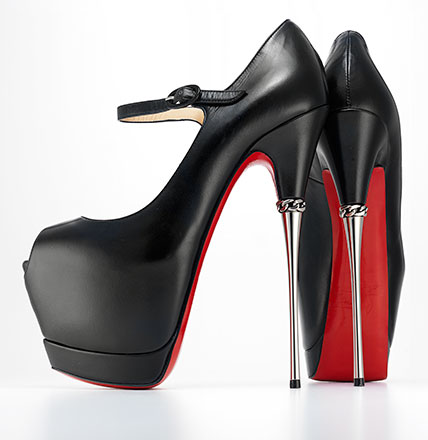 As fashion statement, fetish object, instrument of power, and outlet of artistic expression for both the designer and the wearer, throughout the ages the high-heeled shoe has gone through many shifts in style and symbolism. The Brooklyn Museum’s upcoming exhibition Killer Heels: The Art of the High-Heeled Shoe explores fashion’s most provocative
accessory. From the high platform chopines of sixteenth-century Italy to the glamorous stilettos on today’s runways and red carpets, the exhibition looks at the high-heeled shoe’s rich and varied history and its enduring place in our popular imagination.

Killer Heels: The Art of the High-Heeled Shoe is organized by Lisa Small, Curator of Exhibitions, Brooklyn Museum and will run from September 10, 2014 through February 15, 2015 at the Brooklyn Museum.