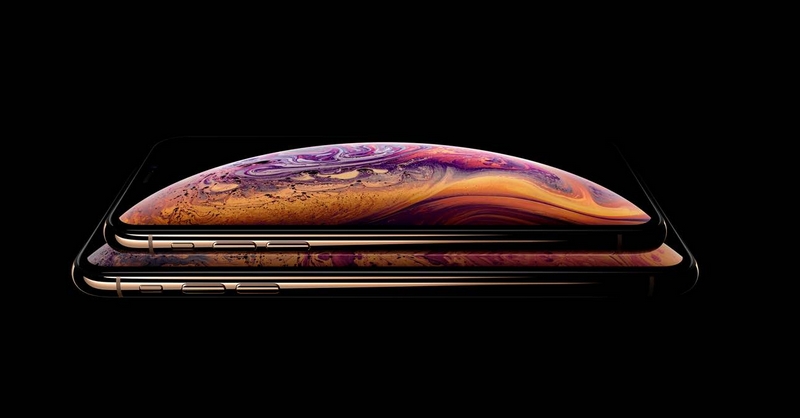 This article titled “iPhone XS and XS Max review roundup: you might want to wait” was written by Samuel Gibbs, for theguardian.com on Tuesday 18th September 2018 12.27 UTC

The first wave of verdicts from select reviewers given early access to Apple’s latest iPhone XS and XS Max are live.

Gone are the traditional iPhones of yesteryear, with three devices launched all with a design in line with last year’s iPhone X. The iPhone XS is a direct replacement for the 2017 iPhone X, complete with a 5.8in screen costing £999. The iPhone XS Max is a larger, more expensive phone costing £1,099 and with a 6.5in screen, the largest on an iPhone.

The iPhone XR is a slightly cheaper phone costing £749 with a 6.1in screen, but it won’t be released until October.

The Guardian, not given early access to the new phones, will review them when they arrive in the post with normal punters’ pre-orders. But for now, this is what a privileged few thought of the to most expensive iPhones for 2018.

Rhiannon Williams writing for the i newspaper, calls the iPhone XS a worthy iPhone X replacement. Williams says of the new gold colour:

It’s a pretty and premium design befitting of a phone which starts at £999, but also one which strikes me as being still worryingly susceptible to damage. The glass back is slippery when not covered in a case, though it doesn’t seem to collect as many fingerprints as the iPhone X, and it’s fairly heavy despite being thin. It also looks and feels expensive, which is just as well, because it is.

But it is the camera improvements that are worth buying:

The XS series is a significant improvement on the X – colour is richer and more evenly dispersed (this is thanks to the Quad-LED True Tone flash), with brights and neons really popping, and texture is captured in higher quality. These are best evidenced in portraits of people: skin and hair is closer to life than the photos taken in previous models.

Scott Stein from Cnet agrees – it’s all about the camera:

The better sensor and the new image processor on the A12 Bionic chip combine to enable what Apple calls “Smart HDR.” In practice, that means my photos look better in low light and extreme contrast situations, making for better pictures whether shot on a night-time street, in a dark bar or in bright sunlight.

Bright lights in my living room show more detail now, and don’t turn into blown-up bright spots like they used to. I see more detail around windows and street lights. I’m also finding less blur and noise in most shots. Sometimes, it almost seems like too much light. The colour and brightness of some shots is surprising. I’m much happier with my photos now.

Nilay Patel from the Verge found Apple’s biometrics slightly improved, but Face ID still fails where it did on last year’s phone:

FaceID on the XS is ever so slightly faster than the X — just an extra beat quicker. It’s noticeable side by side, but it’s not so much faster that you won’t find yourself pointedly staring at the phone to unlock it from time to time. iOS 12 lets you add a “secondary appearance,” which allows you to set up a second person if you want, which is nice.

Other than the minor speed increase and secondary appearance support, FaceID is still FaceID: it doesn’t work in landscape or upside down or anything like that. If you wear glasses like me, you’ll still have to enter your passcode every morning when you wake up because you’re holding the phone too close to your face for it to work. And sunglasses that block IR light will still prevent it from working — Apple says it’s working with sunglass makers to ship new kinds of sunglasses that support FaceID. (Only Apple can get another entirely different industry to adapt to its phone, instead of the other way around.)

CNBC’s Todd Haselton describes the new models as the best phones you can buy, but advises you skip them if you already have an iPhone X:

The XS is basically a new model with some improvements. Most of those improvements, though, are kind of hard to notice.

Take the screen, for example. It’s still a brilliant, colourful and sharp OLED display that supports next-gen HDR 4K video. It’s one of the best screens on the market, up there with the display on the Samsung Galaxy Note 9. But some of the improvements, like its increased dynamic range, can only be spotted when viewing photos. And even then, I don’t think most folks will notice. This isn’t bad; it just means the screen is still really good and we’re getting to a point where it’s hard to distinguish upgrades.

Aside from one of the phones having a giant display, the iPhone XS and the larger iPhone XS Max don’t feel much different from last year’s iPhone X. This year’s phones don’t spark strong feelings – except maybe chagrin that they cost so much.

It’s impressive incrementalism: There’s a noticeably faster chip, and a camera that captures a greater level of detail that you can actually see. Apple has nudged innovation in smartphones forward again, even if some of the results (like new apps that will use the new tech) have yet to be experienced.

Joanna Stern, writing for the Wall Street Journal, goes one step further advising readers to “sit tight for the XR“:

With subtle but strong improvements over last year’s X, (subtle, that’s what the S stands for, right?) the XS and XS Max are fabulous phones. But we’ve hit a point where every smartphone is great — it comes down to what you want and what you want to spend.

Don’t blame me, blame Apple … and keep your wallet closed. See you in a month with the XR review.

Stern also noted that you’ll probably need a case if you do buy one of these £1,000+ phones:

Both the XS and XS Max have what Apple says is “the most durable glass in the world.” That said, my XS Max review unit cracked after a minor fall onto wood. All these glass slabs still need protection.

On the iPhone XS Max, Gareth Beavis writing for TechRadar said that Apple’s managed to fit a huge 6.5in display into a form factor that does a good job of keeping it usable. But Beavis noted:

The iPhone XS Max design is deceptive. Pick it up, and the rounded sides of the handset make it feel noticeably thick.

The result is a phone that doesn’t sit as comfortably in the hand as it could, and considering the size and cost of the XS Max it’s a phone you want to be able to securely hold. This is only half the story though.

We compared the iPhone XS Max to a number of phones during our in-depth review, including the Samsung Galaxy Note 9 (6.4-inch screen), OnePlus 6 (6.2-inch) and Sony Xperia XZ3 (6-inch), and the iPhone felt thicker, and less planted in the hand then all of them.

The funny thing is though, the iPhone XS Max is thinner than all of those phones at just 7.7mm.

The reason for this is simple: tapered edges. The Samsung, Sony and OnePlus all taper their rear edges, giving the impression of a thinner device while also allowing them to sit a little better in the curvature of your hand.

The iPhone XS Max has a totally flat back that’s a little more awkward to hold, and we found that a tactfully-placed pinkie finger on the underside of the phone was a must for one-handed use.

But for the i newspaper’s Williams, the iPhone XS Max’s size is a virtue:

There’s been a lot of discussion raging online over whether it’s too big, which I wholly disagree with.

The iPhone XS Max demands two hands, and how much you enjoy this will hinge on how accustomed you are to using larger handsets. I’ve been a fan of larger phones for years, so not being able to text one-handed or having to stretch my hand up to reach and pull down the Control Centre is worth it in terms of the benefits presented by a larger screen: higher resolution, making watching TV, films and videos a better experience, and making it easier to play games, write documents and emails and edit photos.

If you don’t like larger phones, the answer is simple: no one’s forcing you to buy one.

So while the iPhone XS and XS Max appear to be the best smartphones Apple has made, and you won’t be disappointed if you’re an iPhone-only buyer and have already pre-ordered them, it might be worth waiting to see what the marginally cheaper iPhone XR is like before sinking £1,000 into a new iPhone.