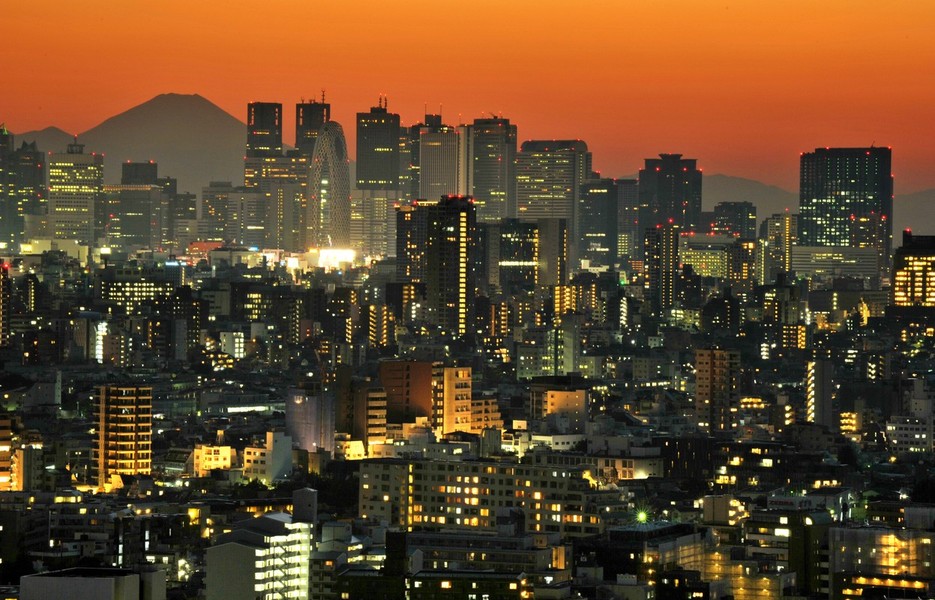 According to research by Jones Lang LaSalle, with real estate investment levels reaching a new high of an estimated ten dollars chasing each dollar of prime assets, real estate is no longer considered a consequence of city success, but is now actively employed to drive it. A look at the 30 cities worldwide where 50 percent of the US$4.6 trillion in direct commercial real estate investments has been concentrated over the past decade highlights real estate‘s impact on the strength of super and primary cities and the growth of second-tier cities.

Recent research from Jones Lang LaSalle identifies the connections between cities of different sizes and rankings and how the investment market responds to the underlying momentum that each is creating. These newly revealed patterns and perspectives on performance bring more attention to the need for cities to consider real estate as a core performance driver.

Cross border capital investment is boosting demand in the super cities such as London, Paris and New York, supported by the continuing flood of Chinese, Korean, Malaysian and Canadian money (amongst others) and helping consolidate their attraction.

But with 50 percent of the US$4.6 trillion in direct commercial real estate investments over the past decade having been concentrated in 30 cities worldwide, there are signs of change. Investment patterns are shifting partly due to the shortage of available product in the super and primary cities and partly to the dynamism in second-tier cities. 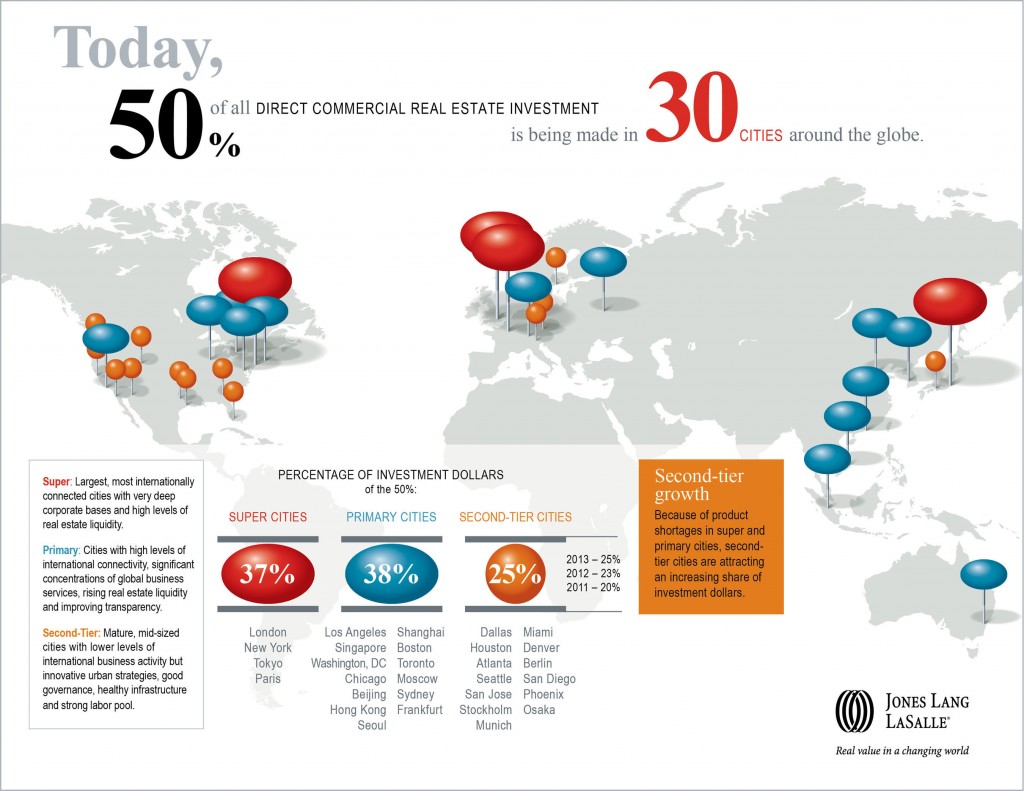 While corporates remain focused on containing costs in their existing real estate portfolios, they are migrating to second tier cities and expanding to new geographies to meet business demands and to take advantage of skills and new market opportunities. This is further encouraging real estate investors up the risk curve as they chase corporates into new geographies.

“Investors are allocating more capital to real estate today but focusing on a specific set of cities globally. This has created an increase in demand for the limited stock of prime properties in super cities, the world’s most attractive real estate markets,” explained Colin Dyer, CEO of Jones Lang LaSalle.

As a result, investors are moving along the risk curve into second-tier markets, which are becoming more conscious of how real estate can make them more attractive to investors. The most successful markets share characteristics like transparency, good governance, strong education systems and innovative city planning. The ‘push-pull’ effect is strengthening super cities and boosting investment prospects for second-tier cities.” 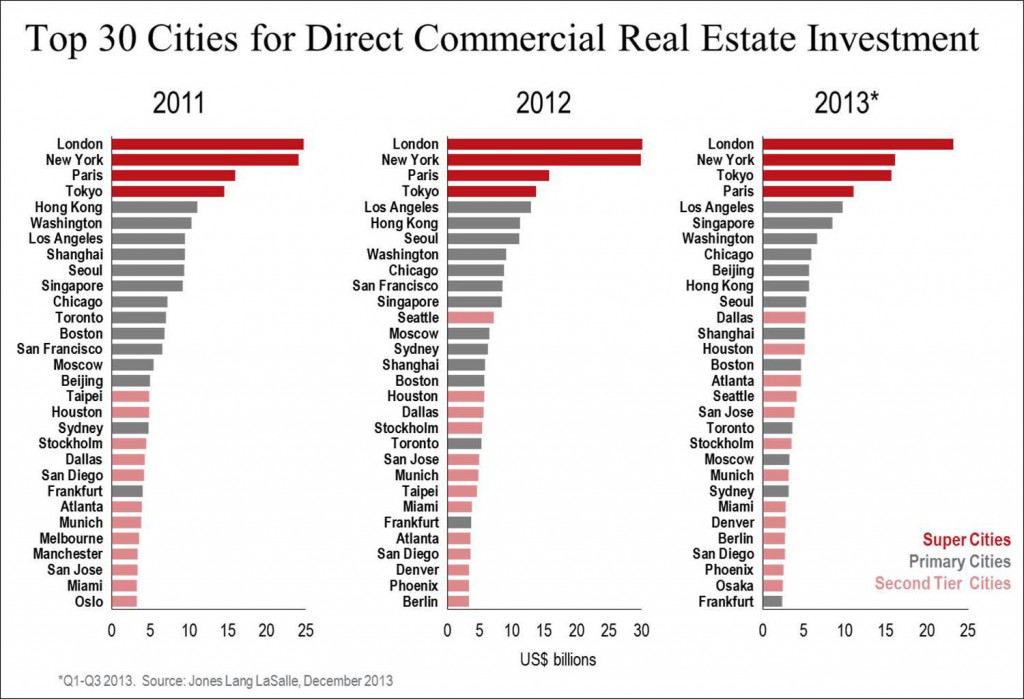