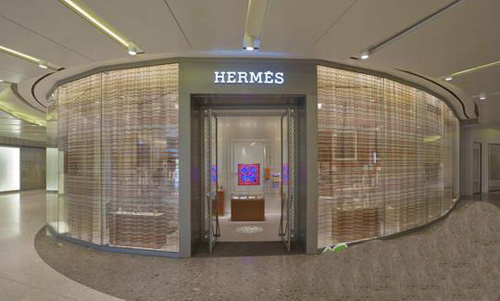 Foreign companies are having trouble in China over trademarks and unauthorised use of their names. The examples include Apple, basketball legend  Michael Jordan and, more recently, French luxury group Hermes International.

French luxury producer Hermes, which is known as “Ai Ma Shi” in China, has lost a lawsuit against China’s Trademark Appeal Board over the board’s refusal to cancel a trademark held by a menswear firm in southern China that bears similarities to Hermes’ Chinese name.

Hermes registered its English name and pattern on the Chinese mainland in 1977. However, it had not yet registered its Chinese name as a trademark, the Legal Evening News reported, quoted by Shanghai Daily.

Hermes had appealed to the trademark board in 1997 over the trademark but the board approved the Chinese company’s registration in 2001. In 2009, Hermes again appealed to the board, saying its Chinese name enjoyed a high reputation around the world and demanding the board cancel the disputed trademark. However, Hermes’ application was rejected for a second time last May.

Hermes told the court that its Chinese name should be protected as an unregistered trademark in China. It said the disputed trademark had imitated the Chinese name of Hermes and was gained through “deceptive means.”

The luxury group asked the Chinese court to cancel the board’s ruling but the board said it had approved registration of the disputed trademark through legal procedures.