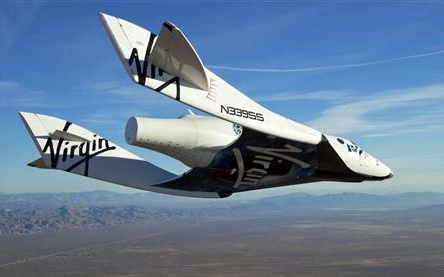 Richard Branson’s Virgin Galactic, expects to test fly its first spacecraft beyond the Earth’s atmosphere this year, with commercial suborbital passenger service to follow in 2013 or 2014, company officials said to reuters.

Virgin Galactic is the most visible of a handful of companies developing spaceships for tourism, research, educational and business purposes. The suborbital flights, which cost $200,000 per person, are designed to reach an altitude of about 109 km. Nearly 500 customers who have signed up for rides on SpaceShipTwo will have a few minutes to experience zero gravity and see the Earth from space.

“We hope to have the rocket motor in the spaceship later this year and start powered flight testing. We would like to be the first to do this, but we’re not in a race with anyone. This is not a Cold War-era space race,” Virgin Galactic chief test pilot David Mackay told.

He said passenger service could begin in 2013 or 2014, depending on the results of the test flights and other factors, such as pilot training.