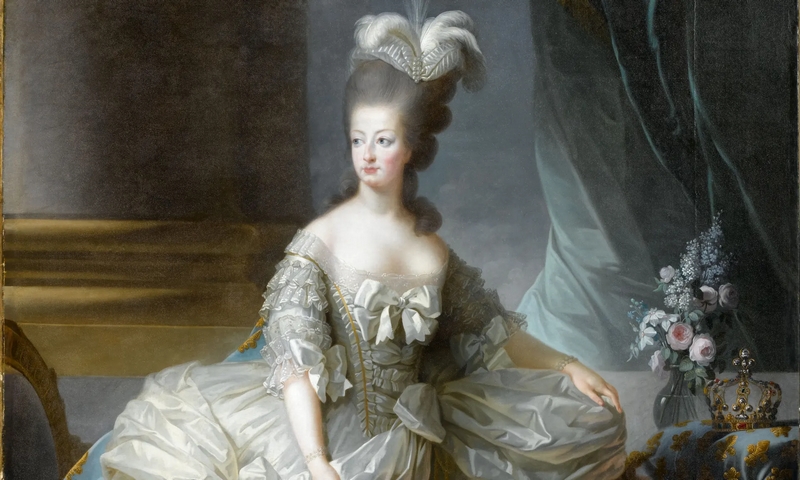 This article titled “From hated queen to 21st-century icon: Paris exhibition celebrates life of Marie-Antoinette” was written by Kim Willsher, for The Guardian on Tuesday 15th October 2019 04.00 UTC

When Marie-Antoinette met a gruesome end at the guillotine 226 years ago this week, she was the most hated woman in France. As the horse-drawn cart carried the former queen, her blonde hair shorn and prematurely grey, through the streets of Paris to her execution in 1793, the crowds jostled to spit and hurl insults at her.

She was 37, an Austrian-born “foreigner” accused of treason and of being aloof, branded a shameless spendthrift and nicknamed “Madame Deficit” for the bills she had run up on the finest clothes and jewels.

Worse still, Marie-Antoinette was considered scandalously indifferent to the plight of the starving poor and forever damned for words there is no evidence she ever said: “Qu’ils mangent de la brioche” (Let them eat cake).

Today, however, the woman France loved to hate has become a 21st-century popular icon who draws crowds to her former home at Versailles. Her image features on boxes of chocolates and macarons snapped up by tourists and she is celebrated in literature, contemporary arts and cinema.

This week, to mark the anniversary of her death, the exhibition Marie-Antoinette: the Metamorphosis of an Image opens at the Conciergerie, a former prison on the left bank of the River Seine, where the queen was held in a cell before her execution.

It features 200 works of art and objects including her last letter, portraits, caricatures and other representations, and contemporary uses of her image in manga, film and fashion.

“There has been a proliferation of images of Marie-Antoinette, from her lifetime to now, as if each era, each group, wanted to create ‘their’ queen: from foreign traitor to martyr, from teenage hero to exemplary mother, from the woman of culture to the fashion icon,” reads the exhibition programme. “As much as she seemed out of step with the France of her time, where she was little understood, her image flourished after – and especially in the last few years.”

Philippe Bélaval, the president of the French Centre for National Monuments, which oversees the Conciergerie, likened Marie-Antoinette’s “tragic destiny” to that of the late Diana, Princess of Wales.

“Like the Princess of Wales, Marie-Antoinette was this young, beautiful and slightly unhappy royal who was the victim of political circumstances and not prepared for the situation she had to confront,” Bélaval told the Guardian. “She had luxurious tastes but she represented the best of a certain period of French culture.”

Bélaval said the queen’s rehabilitation was more personal than political. “The history of the French Revolution is complex and Marie-Antoinette did not show complete loyalty to her country and was no supporter of the revolution, but the absolute dignity she showed through her final tribulations, the terrible trial in which she was accused of all sort of abominations, and her death make us pity her for the inhumane treatment she endured.

“We don’t need to look away from her political faults to see that she was very badly treated.”