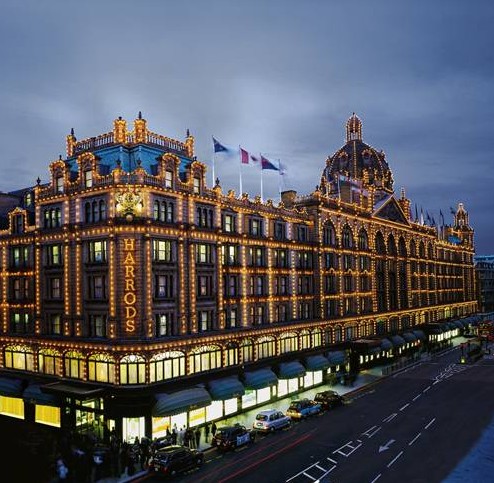 The Qatari owner of Harrods plans to take the department store brand global by building upmarket hotels bearing its name in cities around the world, including one Chelsea Barracks in London.

Qatar Holding, part of the emirate’s sovereign wealth fund, announced it was diversifying into hospitality as part of a grand plan to make Harrods a global luxury brand.

“The target plan is to open Harrods hotels in key cities such as Kuala Lumpur, New York and Paris as well as in China,” a spokesman said.

“Preference will be given to construct on sites already owned by Qatar Holding or its affiliates, for example at Chelsea Barracks in London or Costa Smeralda in Sardinia. Qatar Holding ultimately intends to grow Harrods into a global enterprise that defines the luxury retail and leisure sectors.”

The Doha-based fund bought Harrods from Mohamed Al Fayed for £1.5bn in 2010 and is fast becoming a kingmaker in British property development, snapping up a series of trophy sites in the past five years including Chelsea Barracks, the luxury apartment complex at One Hyde Park, the US embassy in Grosvenor Square and the Olympic Village, which it will take over after the Games.

On Thursday the Qatari premier, Hamad bin Jassim bin Jaber al-Thani, will arrive in the UK to open the latest property on his London Monopoly board: the 72-storey Shard, which is 95%-owned by Qatar.

The Qatar Holding vice-chairman, Hussain Ali Al Abdulla, in Malaysia to unveil plans for the first hotel, reportedly told journalists: “We have already decided to build a Harrods hotel in London, one in Kuala Lumpur and one in Sardinia.”

Qatari Diar, the sovereign wealth developer, bought Chelsea Barracks from the Ministry of Defence for nearly £1bn in 2007 and its outline masterplan for a £3bn redevelopment was approved last year. The site has remained undeveloped since the last troops vacated the premises in  2008.

It’s not all about luxury, however. The Qatar Investment Authority also owns 20% of Camden market in north London, via its holding in the property group Chelsfield.