We met Oskar Metsavaht during 1.618 Sustainable Luxury Fair in Paris. In an exclusive interview for 2LUXURY2 – thanks to the CEO of the fair  Barbara Coignet,  we explored togheter with Oskar Metsavaht what are the real values for luxury.

Born in Caxias do Sol in 1961, Oskar Metsavaht  begin his adventure in fashion after designed a much admired range of snow jackets using his Storm Tech System , a breathable fabric that protects against the cold. In 1998 he founded his fashion label Osklen.

He is more than a founder and a creative director. He is a pioneer. He is always looking for sustainable development and he believes as he said in Noble Values. 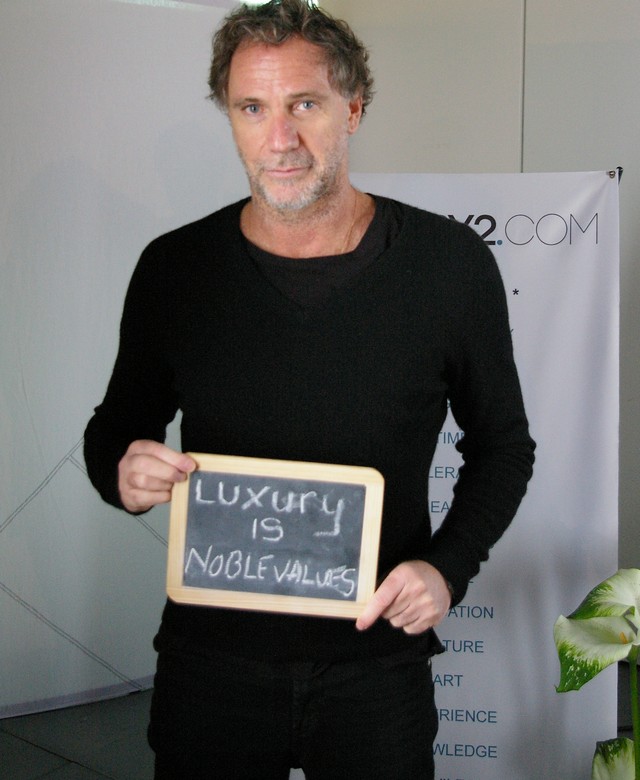 After receiving at the end of May 2011 in London the award of Emerging Luxury Leader ar Luxury Briefing Awards, Oskar Metsavaht has been named UNESCO Goodwill Ambassador in Paris in June 2011. He is the founder of Instituto-e, an organization that fights for sustainable development and against social exclusion. Instituto-e alongside with Think Tank “Forum das Americas” launched a major program to create new and green technologies to generate new sustainable raw materials for the fashion industry. A sustainable fashion is not only desirable but also possible.

His label – Osklen is the first global  luxury brand from Brazil. With 63 wholly-owned stores in Brazil, and 10 abroad, the chain also exports its products to over 30 countries, selling them through a network of international high-end department stores.

“He’s not only a designer, but someone who came up with a very particular style for a brand,” says Luciane Robic, the marketing-director of Instituto Brasileiro de Moda (Brazil’s Fashion Institute) ( quote from Forbes ).

In the end, all we can say is that Oskar Metsavaht is a LIVE MODEL for everyone.