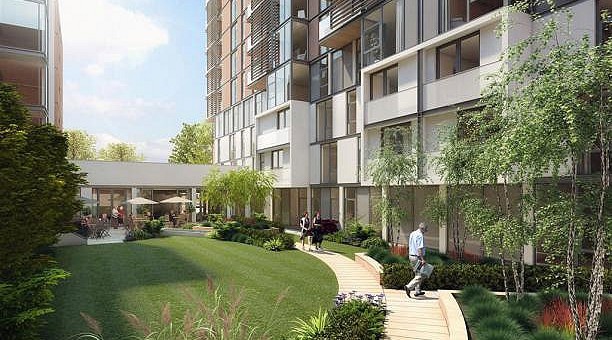 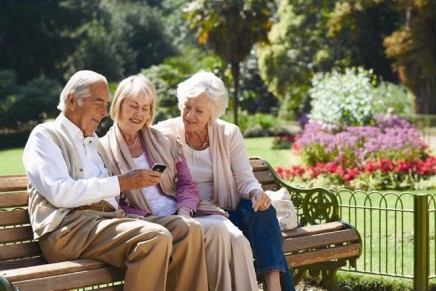 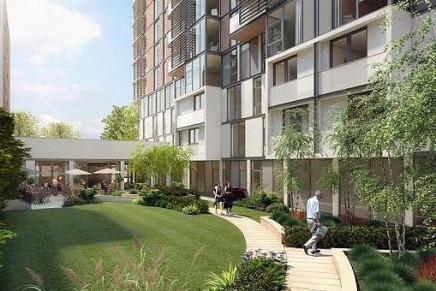 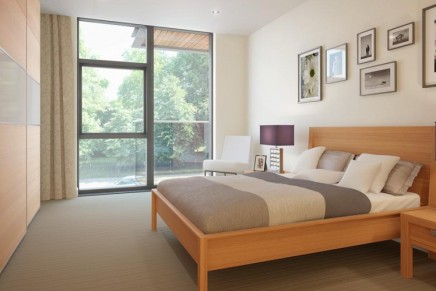 It’s launching in spring 2016: Battersea Place, London’s first “luxury lifestyle retirement community”. The average price of a home will be £1m, and the membership fees alone will be higher than the annual income of a full-time worker on the minimum wage.

The retirement village consists of two linked apartment buildings – one 10 storey, one six – built around a central courtyard on the edge of Battersea Park. It offers residents a concierge service, a spa, a heated indoor pool, a gym, a billiard room, a sun lounge, a private cinema, a “chef-led restaurant” and a hairdresser. There will also be a beauty parlour, library, private gardens and access to a fleet of cars. But scratch the gilded surface and you’ll find this is no country club: there are also on-site nursing staff, a full-time care manager and the potential for 24-hour care when needed.

Of course, such costly facilities come at a price, especially in London. A high-end, three-bed penthouse in the development costs £2.95m, while prices for one-bed and two-bed apartments start at £650,000 and £800,000 respectively.

On top of this, residents – who must be 65 or over – will pay a service charge fixed at between £1,000 and £1,160 a month, as well as a deferred membership fee once the property is eventually sold. That fee will either be 20% of the purchase price, plus half of any capital gains, or 30% of the resale price.

Such charges mean that if a resident bought one of the priciest Battersea properties and lived there for 10 years, there would potentially be a fee of £590,000 due once the apartment was sold, plus half of any increase in value. That would be on top of the £139,200 they would have paid in monthly fees during that time, as well as any charges for extra care.

By contrast, Audley, a rival company offering high-end retirement living for the over-60s across the UK, charges upwards of £249,995 for a one-bedroom flat in a luxury retirement development near the Yorkshire Dales.

Monthly fees for Audley’s luxury flats outside of the capital are also lower than at Battersea Place, typically coming in at between £600 and £800 – but as at Battersea the developer charges significant fees when the property is sold. Audley CEO Nick Sanderson explains: “We charge a deferred management charge, which is 1% of the value of your property for every year you’ve lived there.” So if you bought an Audley property for £350,000, lived there for 10 years and sold it for £450,000, you’d pay 10% of £450,000 in fees, which is £45,000.

The deferred charging structure of such fees offer residents peace of mind, according to Battersea Place developer LifeCare Residences. “A lot of operators change their costs on an annual basis. We want people to be able to budget for the future, so we fix our costs and then take our profit at the end of the stay,” says Craig Percy, chief operating officer.

Retirement communities are immensely popular in many other countries, but have only recently begun to take off in the UK. Michael Voges, spokesperson for Associated Retirement Community Operators, explains: “Roughly 5% of the elderly community in New Zealand lives in a retirement village. That figure is just 0.5% in the UK. But demand is starting to really pick up.”

Audley’s CEO Nick Sanderson says it is being driven by affluent baby boomers: “Our customers have a lot of inbuilt personal wealth and are also very fiercely protective of their independence. Retirement communities need to reflect their higher expectations.”

Sanderson says: “At first they come for the lifestyle and socialising but, as needs change, the community can provide support for the person to remain in their home. They take a lot of comfort from knowing they will never have to do what most old people tell us they fear more than anything else: move into a care home.”

How the other half age

This fear may be widespread, but few pensioners can afford to buy into a community like Battersea Place. The average retirement income is just £189 a week, according to Liverpool Victoria’s annual report on the state of retirement. That’s not going to pay for much luxury living.

However, Voges suggests that it’s the middle-income pensioners who will find themselves unable to afford to live in a retirement village. This, he says, is because around two-thirds of retirement community units are Extra Care Housing, also known as sheltered housing or assisted living. “That is vastly state funded. In order to be eligible you need to demonstrate a housing need, and then the accommodation would be funded by housing benefit and the care services would be funded by social services,” he explains.

The ExtraCare Charitable Trust runs 14 retirement villages designed to offer affordable community living. Residents can choose between shared ownership, renting and buying a flat outright. Many of these residents rent their homes and their benefits pay the bulk of their costs, which they top up by between £18 and £45 a week. Residents who do not receive additional state help can buy a one-bedroom apartment in the Birmingham village for £190,000 and pay a weekly fee of £97.05. Demand is high and the waiting list for each village is an average of 200 people long.

It might not be as luxurious as Battersea Place, but Angela Bradford, a director at the trust, says the villages offer 40 activities a week, including burlesque classes, and have facilities such as a cafe and gym. “Is it more like a care home because it is affordable? No, absolutely not.”