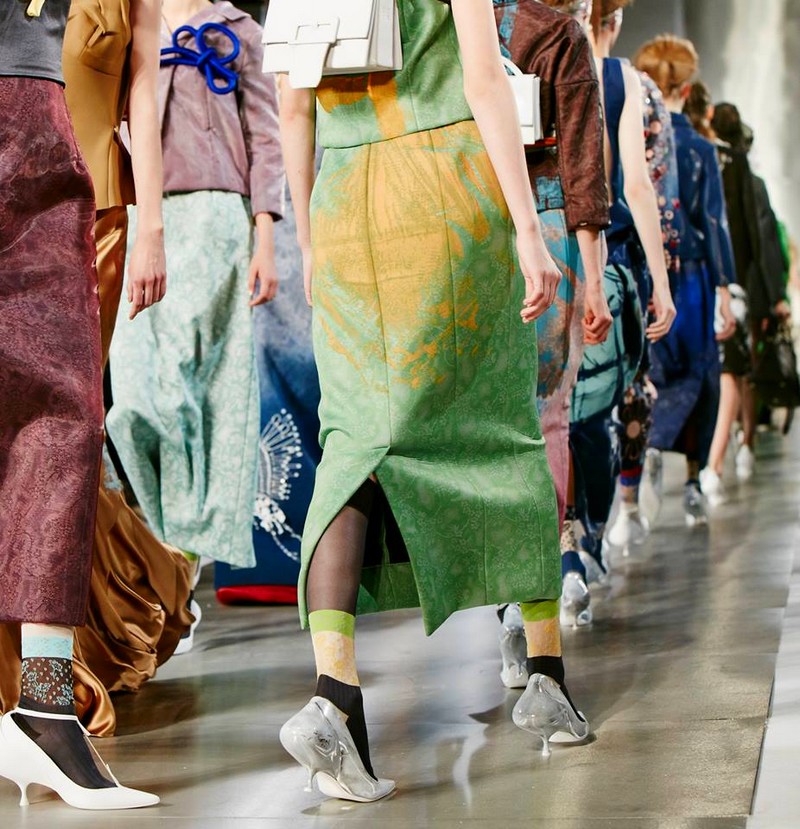 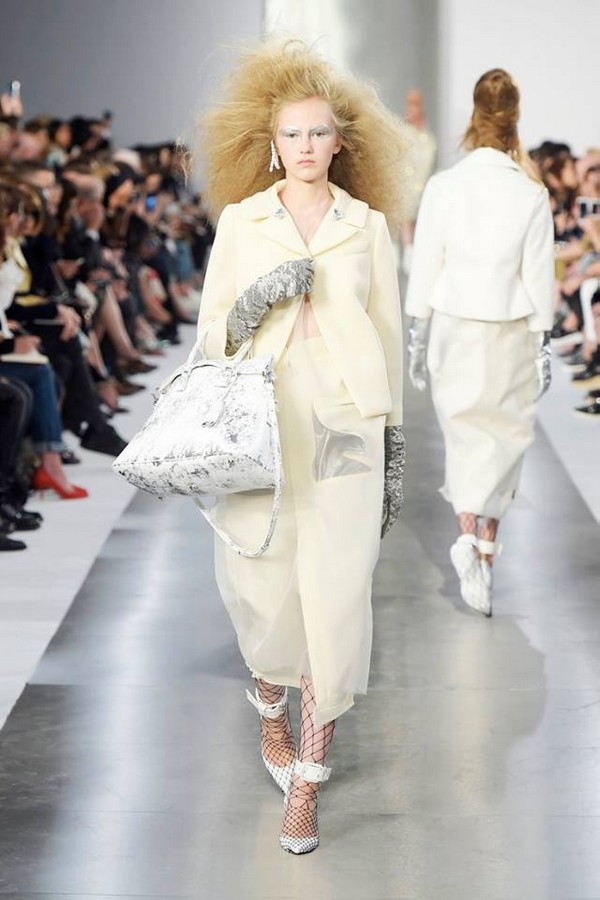 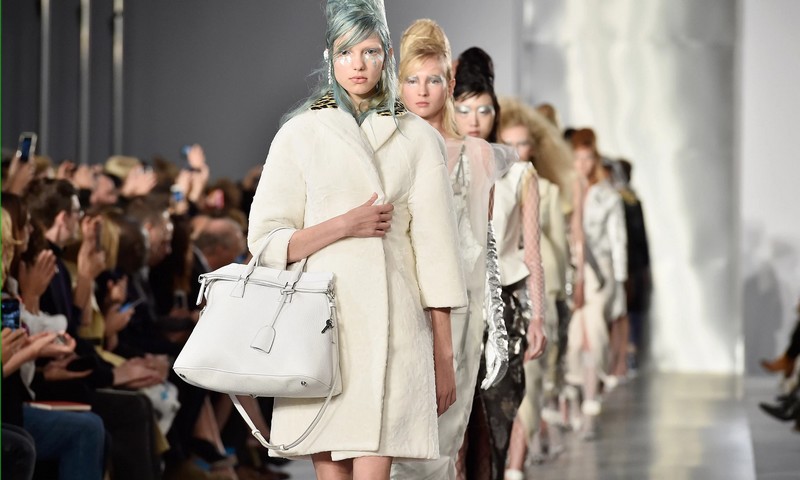 This article titled “Galliano’s rehabilitation continues with high-spirited glamour” was written by Jess Cartner-Morley in Paris, for theguardian.com on Wednesday 30th September 2015 18.18 UTC

The 11am catwalk show in the Tuileries on Wednesday was, in theory, a display of next spring’s ready-to-wear womenswear collection for the Parisian house of Margiela. In reality, the entwined stories of John Galliano and Paris fashion long ago moved beyond such mere technicalities.

Ready-to-wear womenswear is, anyway, a term that could be only very loosely applied to skirts wrapped in clingfilm, jackets made from sofa stuffing, and fishnet bodystockings; especially when many of the models on the catwalk are men.

Had he taken a job at a more pedestrian fashion house, the rehabilitated Galliano might have had to simply buckle down and make dresses. But Martin Margiela’s own work at the label he founded was as much a commentary on the fashion industry as a cog in its wheel.

From the very beginning of his career, Margiela was interested in challenging lazy assumptions around luxury, and questioning the wastefulness of fashion. This gives Galliano, now at the helm of Maison Margiela, a licence to be controversial – all within the safe space of a design studio, of course.

To attend one of Galliano’s catwalk shows for Maison Margiela can feel a little like being a caseworker keeping tabs on the designer’s return to normality and health. (The white lab coats worn as a longstanding house tradition by all Margiela employees only add to the illusion.) Viewed from that perspective, the signs were mostly positive.

The mood was more relaxed than at any of Galliano’s previous shows for Margiela, and the first one at which one could clearly recognise the high-spirited glamour that once made Galliano’s Dior such gleeful romps.

The first outfit was a cartoonish version of a ladylike Parisian aesthetic, with a beautifully cut, luxurious white coat accompanied by a large white handbag, the model made up with silvered mascara streaks on her cheeks. A gorgeous, pistachio dress hung Christmas-tree dense with sparkling 3D embroidery was a delight. Kimono jackets and Obi belts recalled the iconic Madame Butterfly aesthetic of Galliano’s glory days at Dior.

The explanatory notes given out at catwalk shows often talk a good conceptual game, but one which is not fulfilled by the actual clothes. Here, though, the avowed ambition to “confront the demure tropes of femininity” was followed through with the casting, which picked up where July’s haute couture show left off by putting some of the clothes on men. This was all the more arresting in this collection, where the silk gowns and fishnet tights were so self-evidently feminine.

Galliano is courting controversy here, and asking questions of his audience. Is it more or less shocking to see a very thin model topless, wearing just a skirt, if the bony bare chest belongs to a man? Does a dainty, self-evidently expensive white handbag still look like a status symbol if it is roped to a model’s back like a child’s rucksack? No answers were offered. The show notes finished on a cryptic note: “Lo-fi, sci-fi, with a hi-fi finish.”

Dries Van Noten, by way of contrast, offered a straightforward take on spring fashion – in theory, at least. Backstage after the show, he described the clothes as “for a flamboyant lady, who dresses up, who flirts”.

Van Noten, ever self-effacing, made his clothes sound less interesting and original than they really were. Fabrics were exquisite, and colours put together with an original eye that turned two gaudy shades into an elegant combination. And while the look on his catwalk is at times extreme, the individual pieces sit at the outer edges of, but undoubtedly within, a real-life comfort zone.

Cropped wide trousers are rapidly becoming mainstream, while loud print blouses layered beneath coats are a next-season staple. The show was accompanied by a string quartet, which Van Noten said reflected the look he was aiming for: “sophisticated and raw at the same time”.