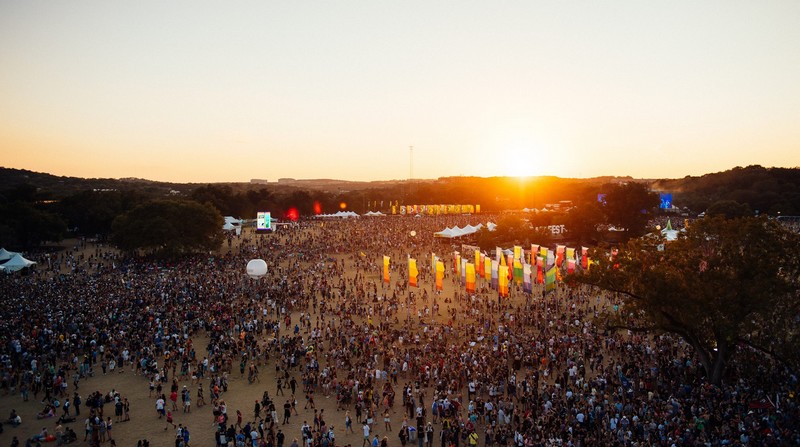 This article titled “From Billie Eilish to Hall & Oates: the best US summer festival lineups” was written by Katie Bain, for theguardian.com on Tuesday 21st May 2019 07.00 UTC

While US festivals have lately been earning less than rave reviews – with the ongoing fallout of Fyre festival, May’s logistical collapse of North Carolina’s alt-rock Epicenter festival and the heady visions of this August’s Woodstock 50 being mired by lawsuits – it remains true that summer festival season is the best time of year for music lovers across the country.

The national scene’s major players – Lollapalooza, Governor’s Ball, Bonnaroo, Electric Forest, Summerfest and more – are all offering reliably stacked lineups, while upstarts like Emerge and Genius Loci are drawing more intimate crowds to new experiences and fresh destinations. For our wristband and beer money, these are the 10 best music festivals happening across the country from Memorial Day weekend and into the fall.

Detroit’s legendary electronic music festival returns with a loaded lineup featuring many of the world’s best arbiters of techno and house. Genre heavies including Richie Hawtin, J.Phlip, Patrick Topping, Maya Jane Coles, Orbital and Disclosure will touch down in the birthplace of techno, while hometown heroes including Kevin Saunderson and Carl Craig will take the lead at the Detroit-oriented Stargate area. Altogether more than 90 acts play on five stages throughout the weekend, with a flurry of pre and after parties keeping festival-goers on their feet clear into Tuesday. Three-day passes start at $200. Movement is also a family affair – kids 12 and under get in free when accompanied by a parent.

Over on the west coast, electronic music gets a decidedly more Californian treatment at Splash House, three days of desert heat and poolside beats taking place at a trio of hotels in Palm Springs. Billed as “Coachella’s cooler, younger cousin” (and produced by the same company as the April mega-festival), this incarnation of Splash House features one of its best lineups yet, with DJ sets from the Grammy-winning French duo Justice, Boston house legend Armand Van Helden, London charmer Troyboi, veteran scenester Pete Tong and many more. Tickets are currently sold out, although you can still snag entry to after-hours events including Dusky and Shiba San playing on the tarmac of the city’s Air Museum.

The mighty San Francisco comedy festival is back to make you laugh until your stomach hurts with a lineup of 60+ all-stars including Amy Poehler, John Mulaney, Patton Oswalt, Chelsea Peretti and Leslie Jones. This year’s special events include a live read of the 1997 cult classic Romy and Michele’s High School Reunion, a conversation with bestselling author and Insecure creator Issa Rae, Seinfeld, The Office and Atlanta-themed installations, live podcasts, Q&As, a Drunk History bar takeover, music from the Roots, Courtney Barnett, Girl Talk and countless chortles, chuckles, giggles and guffaws. Three-day general admission tickets start at $260.

The Colorado mountain town is a choice destination any time of year and is especially becoming each June, when roughly 10,000 bluegrass enthusiasts arrive for the annual Telluride Bluegrass Festival. This June’s 46th incarnation features a bevy of bluegrass all-stars in addition to rootsy acts including Jim James, Kacey Musgraves, Brandi Carlile and Lake Street Dive. The sustainability-focused festival happens in a picturesque box canyon and promises virtuosic performances, epic stargazing and “pickin’ in the campsites and condos until dawn”. In a rare move, no handling fees are tacked on to ticket prices, although the $255 weekend passes are currently sold out. Workshops in the city’s Elk Park are free for all.

The Oregon festival returns for its 21st year with a stacked lineup including Phil Lesh & the Terrapin Family Band, Nathaniel Rateliff & the Night Sweats, Mandolin Orange, Lucius, Preservation Hall Jazz Band, Sudan Archives, Ibibio Sound Machine and other artists representing the best of underground roots, rock, world and more. Known for its welcoming vibe and sustainability efforts, the independently owned festival is 30 minutes from downtown Portland and offers yoga and square dancing in addition to the music. Weekend passes are $325 for attendees 17 and older; teens between 13-16 pay $165 and kids 12 and under get in for free.

As other once independent jam-focused festivals get bigger and more commercialized, scene veterans Sound Tribe Sector 9 host the second year of their intimate and indie Wave Spell Live in northern California. This woodsy weekend is built around nine (!) Sound Tribe concerts – three of which are the band’s entirely improvised Wave Spell shows – along with music from the New Deal, Mark Farina, Christian Martin, Random Rab and more. The venue features a stage right on the beach, swimming in the river, workshops, bodywork and other earthly delights. While the first two tiers of tickets are sold out, weekend passes are currently starting at $400.

The two-day festival of black music and culture returns to Brooklyn with Jill Scott, FKA Twigs, Leon Bridges, Kamasi Washington, Gary Clark Jr and Santigold leading the lineup. Afropunk will also feature panel conversations, a battle of the bands and a barrage of vendors at its Spinthrift market, along with its Bites&Beats food festival within the festival. Happening in October, the Atlanta incarnation of Afropunk has FKA Twigs, Anderson .Paak, Danny Brown and Fever 333 headlining. Afropunk also hits Paris and London in July, with Johannesburg to follow in December. Weekend passes for the Brooklyn event start at $130.

Austin’s double weekend mega-festival is once again delivering one of the best and biggest lineups of the summer, with headliners Guns N’ Roses, Mumford & Sons, Childish Gambino, the Cure, Cardi B, Billie Eilish, Tame Impala and Robyn. All that in addition to 125 other acts including Jack White’s recently reunited Raconteurs, Thom Yorke’s Tomorrow’s Modern Boxes project, white-hot Spanish pop innovator Rosalía, James Blake and many, many more. Weekend passes start at $260.