The Geneva Time Exhibition Superwatch Award – GTE 2011 jury unanimously voted Frédéric Jouvenot’s Helios as the most accomplished independent watch in terms of design, avant-garde nature and technique. Ressence and Heritage Watch Manufactory were named runners-up. Research is one of the Switzerland strong-points, and in this context GTE is highly significant.

Frédéric Jouvenot Helios watch pays tribute to the cult of the sun in the ancient world. When the day and the night join to reveal a display of Haute Horlogerie. The watchmaker Frédéric Jouvenot is offering a display in three dimensions represented by two inseparable phases, night and day. 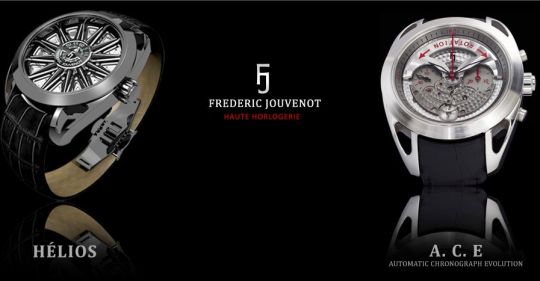 Easy to read but with a complex mechanism, this timepiece named “Helios” contains two designs corresponding to the cycle of day and night. The depth of the face enables a realization in relief and, for the first time in the history of watch-making, a display that uses neither hands nor discs.

Frédéric Jouvenot’s prize as winner of the prestigious inaugural award took the form of a splendid musical box by Reuge, and a free stand and PR campaign for GTE 2012.