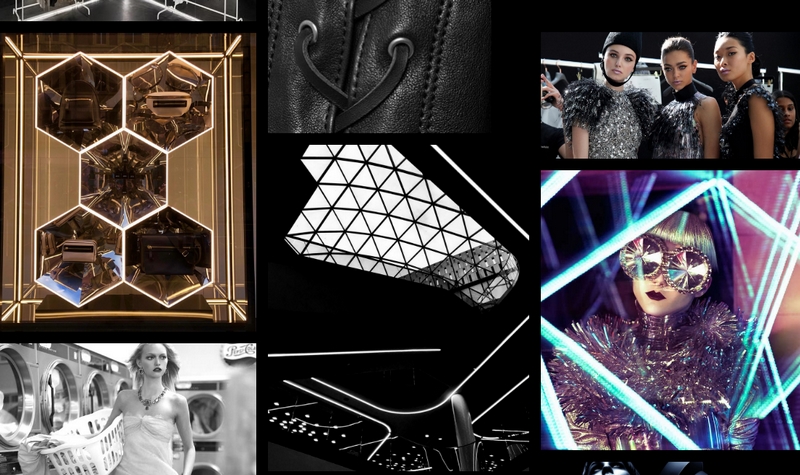 This article titled “‘We are the end user’: how women-led fashion tech companies are shaking up the industry” was written by Fleur Macdonald, for theguardian.com on Wednesday 2nd September 2020 09.15 UTC

“I had to sell my Cartier bracelet, my Jimmy Choos,” says Lexi Willetts, a former lawyer, and co-founder of Little Black Door. She made nearly £30,000 last year reselling her clothes and accessories online. “I made half that,” says her co-founder, Marina Pengilly. She couldn’t quite bring herself to part with her Chanel handbags.

It was early 2019 and the two women needed money. They had quit their jobs to start Little Black Door, a digital wardrobe inventory platform, which allows users to catalogue their closets, compile outfit combinations and sell clothes on resale sites – all online. Since then, the two founders have tested the Little Black Door app on 250 users, raised more than £350,000 from friends and family, and are getting ready for a seed round of £1.5m to launch a version for the general public at the end of this year.

The fashion sector has been hit harder than most during the Covid-19 pandemic: an update to McKinsey’s The State of Fashion 2020 report estimates a global revenue contraction of 30% year-on-year. However, the same report also predicts the industry could regain positive growth of 4% in 2021. And the intersection where fashion and technology meet, often abbreviated to “fashtech”, will be an important part of this growth.

“In some years’ time, that phrase will cease to exist because all of fashion in some way will be technology enabled,” says Anita Baldanachi, a partner at the consulting firm McKinsey & Company, who helps compile the annual report. “It will just be synonymous.” Since last year’s report, there have been three fashtech unicorns (startups valued at more than $1bn): The RealReal, Rent the Runway, and StockX. The first two businesses were started by women.

Fashion is for the most part male dominated. Only 40% of womenswear designers are female. Until Maria Grazia Chiuri in 2016 – whose first show featured a T-shirt with the logo We Should All Be Feminists – no woman had ever been creative director at Christian Dior. Women only make up a third of roles at chief experience officer level, says Baldanachi. So why does the gender balance in fashtech seem to be less skewed?

“There’s something happening with females getting involved in fashion tech,” says Helen Lax, director at the Fashion District, an innovation hub in East London. Of the 88 startups applying for their 2020 Retail Futures grant, worth £25,000, nearly 60% had a woman in their founding team.

“It is because they are, in broad terms, the end consumer,” says Lax. “They will see a commercial opportunity that perhaps starts as an observation. And then they turn that into a tech opportunity.” At Dream Assembly, the accelerator run by the fashion retail platform Farfetch, about half of the startups are founded by women. Compare this with the wider UK tech industry where women are less than a fifth of the workforce.

Women have used tech to disrupt fashion for years. Most famously, Natalie Massenet founded online retailer Net-a-Porter in 2000, which was sold in 2015 for $775m (£585m). More recently, in November 2017, Katrina Lake became the youngest female founder – she was 34 and had a 14-month son – to take a company public with Stitch Fix, an online personal styling service. Visibility is important, says an analyst at a leading luxury retail site. “It’s really good in terms of an aspiration point of view having women in really strong positions with amazing career paths.”

Pengilly says more flippantly that Cher from Clueless is an inspiration, in particular the scene where she chooses outfits on a clunky computer. Now fast fashion means the average woman has a similarly bulging closet while Facebook and Instagram help them to keep a visual record. Pengilly wanted to centralise the process.

“Over the past five years, we’ve seen more digitalisation of industry generally,” says Willetts. “Especially in fashion. And I think it’s an opportunity to create product within the space.” Covid-19 will only increase the need for online shopping, virtual runways and experiences.

Pengilly and Willetts initially had difficulty finding a tech team that understood their vision, and its users. The design of StockX, a resale platform for trainers, is modelled on the stock market. Little Black Door functions more like Instagram or Pinterest; users can explore other wardrobes, borrow clothes, and access resale websites. The premium service can recognise items from photographs and process online receipts, adding new purchases automatically.

Isabella*, 31, uses Little Black Door to keep track of her possessions. When I ask her what she does, she replies: “I kind of travel around … between Mykonos, Saint-Tropez, Ibiza, and back to London.” During lockdown, she’s reviewed her wardrobe. She has 63 handbags – she calls them her “children” – when she thought she only had 50. They are worth £150,000. “I actually called my insurers,” she says. The 211 items on her Little Black Door profile are worth £365,000. Some Little Black Door wardrobes are worth less, others millions. “Think 10 Chanel bags; that’s roughly between £60,000 to £80,000,” says Pengilly. “Think about the shoes you’ve bought over the years. Again, that adds up.”

Pengilly and Willetts noticed that many male investors underestimated the values involved. Hannah Williamson, a fashion-focused investor at the venture capital firm Edge Investments, agrees: “I probably have more of an advanced view as an end user.” She is interested in online resale and rental businesses, many founded by women. “They may have gone through the experience of wanting to buy a dress that’s too expensive for an event or having a wardrobe full of clothes just sat there. You’re basically sitting on assets that you can’t monetise,” Williamson says. “And they’ve found a route in which they can make it into a business.”

“[It] adds to the consciousness of what you own; make use of what you have,” says Willetts. “And if you don’t want to make use of it, get rid of it or let a friend use it.” This certainly seems to tap into current trends of more mindful shopping, particularly during a recession.

“In general, [women] care deeply about sustainability,” says Lax. “We care about what the fabrics are made of. We care about the ethics of the factory. And there is, especially with young women, a real drive towards provenance … We are upholding our social values in the purchases that we make.” Value-driven decision-making is lucrative, she says. “There is a market in that.”

* Name has been changed.