Porsche Unveils Panamera Sport Turismo Concept: as little as possible and as much as necessary 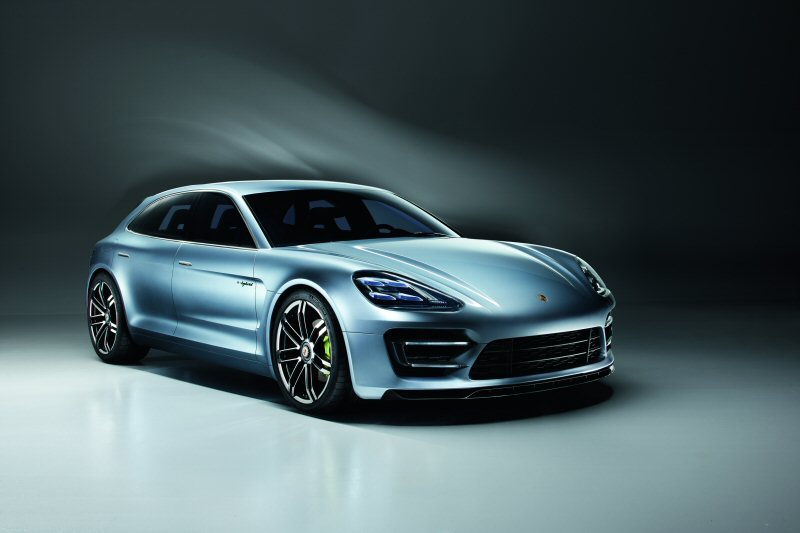 Porsche presented its new Panamera Sport Turismo concept car at the 2012 Paris Auto Show – Mondial de l’automobile 2012 in Paris. The car that aims to “unite the next generation hybrid drive with new ideas” is an outlook on a possible Porsche sports car of tomorrow.

Porsche’s new concept car combines the dimensions of a premium vehicle with luxury-class interior. The Sport Turismo is 1,990 mm wide, a low 1,401 mm in height and 4,950 mm long. Its direction indicators and sidelights are integrated in C-shaped lighting units – known as C-Blades – mounted in the large air inlets at the front end.

In the place of conventional exterior mirrors, the Sport Turismo has two cameras mounted in the side air outlets whose images are shown on the displays in the cockpit. The rear body has been completely reshaped. The rear lights in LED technology and the tail-light panel with the “Porsche” badge are sculpted in three dimensions, and the brake light is positioned between the four-point LED rear lights. At the edge of the roof you will find an adaptive carbon rear spoiler that improves down force.

The drive technology of the Panamera Sport Turismo completes the next development step towards the plug-in hybrid, symbolised by the “e-hybrid” badge on the front wings. The car’s new ability to be charged from the electrical power grid has been combined with even higher performance components. The concept vehicle with its 416 hp (306 kW) of peak system power is designed to be driven in pure electric mode up to a speed of 130 km/h and can cover distances of over 30 km. The Sport Turismo also exhibits impressive fuel economy per the NEDC standard; its combined fuel consumption is less than 3.5 litres per 100 km, while CO2 emissions are under 82 g/km. 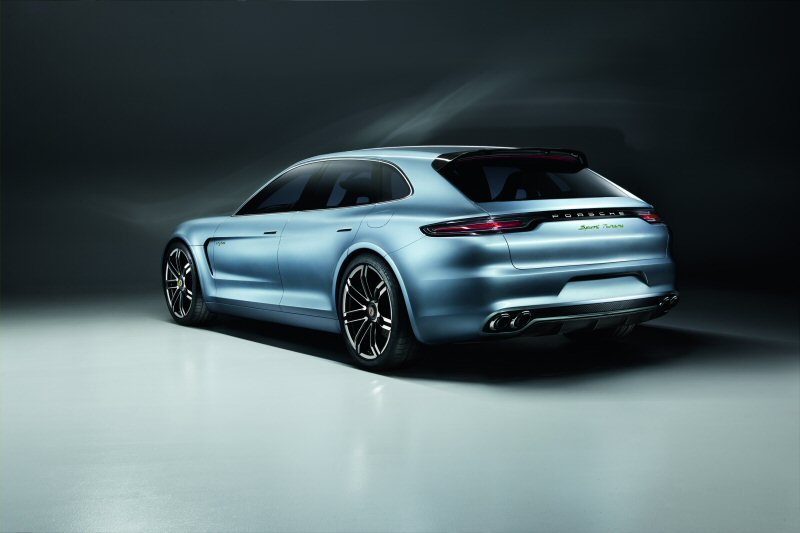 The drive system of the Panamera Sport Turismo is an advanced development of the parallel full hybrid that Porsche already implements today in the Panamera S Hybrid and Cayenne S Hybrid. The new electric motor produces about 95 hp (70 kW), which is around twice as much as in today’s Porsche hybrid drive, while the supercharged three-litre V6 engine still produces 333 hp (245 kW) here. In their interplay, they accelerate the concept car from zero to 100 km/h in less than six seconds.

The electric power pack of the Sport Turismo e-hybrid consists of a lithium-ion battery whose performance is several times that of the nickel-hydride battery currently used in production, although it has practically the same dimensions.

The driver can use mobile online services to access and control all key vehicle information with a smart phone app. Charge control by mobile phone shows the user just how much electricity the battery has already stored at any given time and predicts how much more time the charging process will take.