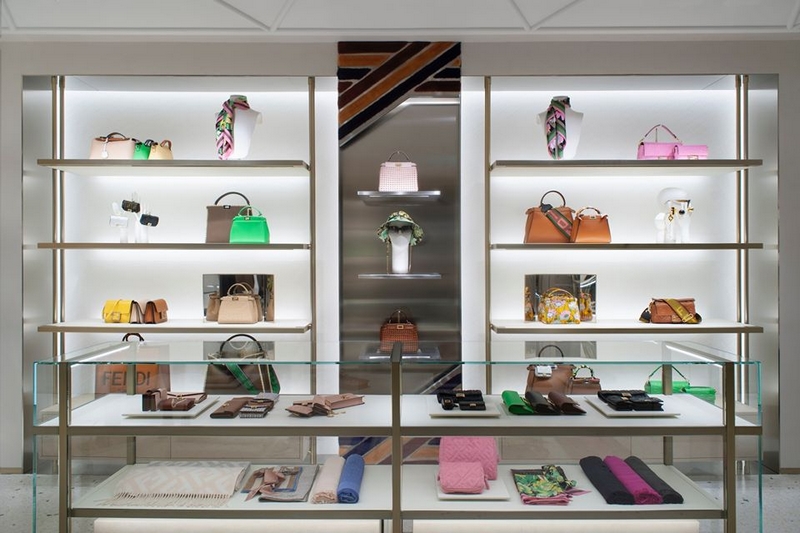 This article titled “Dior and Fendi to pay record rents for space in Milan’s Galleria mall” was written by Angela Giuffrida, for The Guardian on Tuesday 18th February 2020 17.09 UTC

Dior, the French fashion house, will spend just over €5m (£4.1m) a year over the next 18 years to rent a shop in the centre of the elegant marble-floored, glass-vaulted arcade, while its Italian counterpart will pay €2.4m for its new premises.

The auction was the first of its kind to be held for a publicly-owned building in Italy.

The starting price at the auction, held by Milan’s council, for Dior’s new store, currently rented by Versace, was €950,000, with 36 higher bids received among six market competitors before Dior’s offer was accepted. The slightly smaller store, the rent for which started at €872,000 and is currently home to Armani, was won by Fendi after 28 bids.

The auction means that the goal set by Milan’s council to generate €40m a year in rent from the tourist-packed arcade, which connects Milan’s Duomo to the La Scala opera house, is more achievable, Roberto Tasca, the councillor for state-owned property, told the Italian press.

“The auction mechanism is proving to be very profitable for the municipality,” he said. “The Galleria is increasingly attractive and the arrival of great international brands testifies to the administration’s efforts in the public sector and also shows that if you spend well, you create the conditions to have revenue to invest in the city.”

The Galleria arcade is among Italy’s busiest and for years has hosted luxury brands including Prada, Louis Vuitton and Tod’s, as well as Pasticceria Marchesi, the historic pastry and coffee shop.

McDonald’s was among the long-term tenants until 2012, when it was evicted after a public tender process that resulted in the fast-food chain losing its prime location to Prada. The company had paid €200,000 a year for its space over two decades and protested against the tendering process, which it claimed was discriminatory against restaurants. McDonald’s also threatened to sue local authorities for damages and loss of revenues. On its last day of business at the Galleria, thousands flocked to the store for free burgers, fries and drinks.

Starbucks caused a stir when it announced in 2016 that it would set up in Milan for its first foray into Italy. After some backlash and delays, the American coffee chain opened its doors in a former post office in Piazza Cordusio, close to the Duomo, in September 2018. The cavernous store has been meticulously designed, and includes a heated, marble-topped coffee counter, a mezzanine cocktail bar and an on-site roastery.