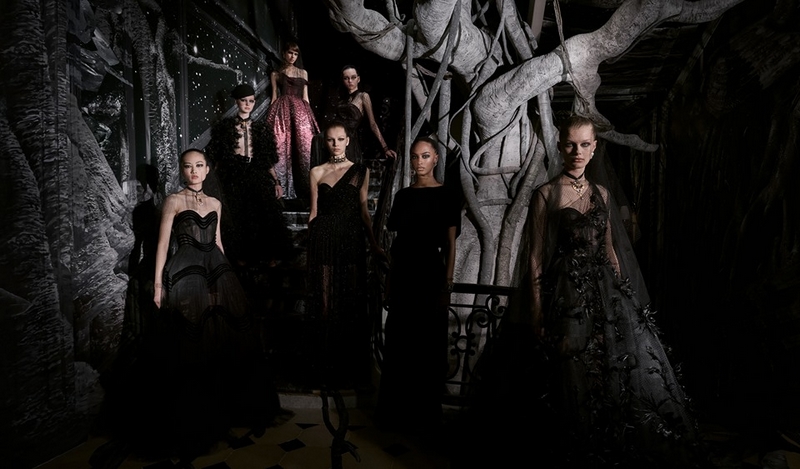 This article titled “Dior designer wins fans by putting feminism above femininity” was written by Jess Cartner-Morley in Paris, for The Guardian on Monday 1st July 2019 17.08 UTC

For Maria Grazia Chiuri, creative director of Christian Dior, fashion is about the world stage rather than the catwalk. A few hours after taking a bow at the end of her Paris haute couture show, she was on stage again to be presented with the Légion d’honneur, France’s highest honour.

The award, presented by the French equality secretary, Marlène Schiappa, is a recognition of how the first woman to helm Dior has reinvigorated the venerable French institution by aligning it with feminism rather than femininity.

“I am very emotional,” said Chiuri. “I never thought, working in fashion, I would be given this. And as an Italian in France – the country of fashion, the culture of fashion – it is such an honour.”

The award is a vindication of Chiuri’s refusal to stay in her lane as a fashion designer. Her Dior is less about hemlines than it is about female empowerment and the distinction between cultural appropriation and cultural exchange.

The quote-emblazoned looks with which she has opened most of her Dior collections have transformed the slogan T-shirt, traditionally fashion at its most inane, into something more thoughtful, quoting Nigerian novelist Chimamanda Ngozi Adichie (We Should All be Feminists) and the late Linda Nochlin, an American art historian (Why Have There Been No Great Women Artists?).

This latest haute couture collection opened with a toga sloganned with “Are Clothes Modern?” the title of an exhibition which the architect Bernard Rudofsky presented at the Museum of Modern Art in Manhattan in 1944, just three years before Christian Dior himself invented the New Look.

“I would like to have read this book earlier,” said Chiuri of the Rudofsky essay which accompanied his exhibition. “I think all young designers should read it, because he writes about how fashion is not just about creativity but about all of human life.

“He was very critical of clothes, about how fashion is something that changes all the time – where good design should be timeless. This show is my point of view, which is also an anthropological way of looking at clothes, but a more positive one.”

Both fashion and architecture have the proportions of the human body as their touchstone. This collection was almost entirely black, the better to accentuate the silhouettes, which were mostly based on the corseted top and full skirt for which Dior is best known. (Also, as the 55-year-old Chiuri said of her own tastes: “I am from Generation Black.”)

The march of modernity was felt in the flat sandals worn with evening dresses, and the long skirts which on closer inspection turned out to be culottes. But it is tricky to make a progressive statement via the medium of haute couture, an ultra elite stratum of fashion in which every piece is custom-made at eye-watering expense.

Chiuri tried her best to frame the bespoke experience as a celebration of female individuality, but the mood music of couture remains more pampered than empowered.

And while the representation of women of colour on the catwalk showed progress in diversity, it is jarring that the loudly trumpeted mantra of modern feminism still does not appear to permit even a single ounce of body fat.

Penny Slinger, an artist whose work has combined architecture and surrealism with feminism since the 1970s and who collaborated with Chiuri on the golden dolls’ house dress which was the final look of this show, defended the designer.

“She’s out there on the front line, trying to bring feminism into an area where it wasn’t visible before. We have a similar outlook about feminism, because we both believe in celebrating women for their beauty, as well as their power.”