Step inside recreations of some of Charlotte Perriand’s (1903-1999) most famous interiors, such as the apartment designed for the Salon d’Automne in 1929, and sit on furniture she designed, including the iconic Chaise Longue Basculante and the Fauteuil Pivotant. The exhibition at Design Museum also shines a light on Perriand’s life as a fiercely independent woman – pioneer, sportswoman and global traveller– who helped define the modern interior. 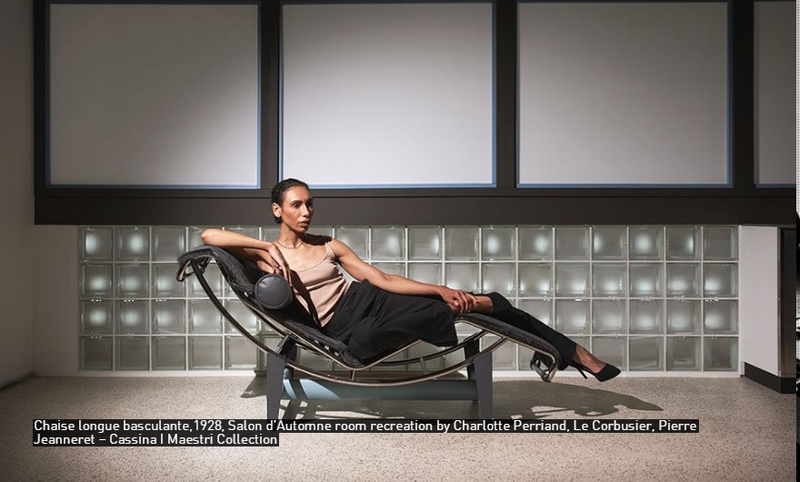 The Design Museum, London presents a retrospective on the pioneering designer in Charlotte Perriand: The Modern Life.

The exhibition charts Perriand’s journey through the modernist machine aesthetic to her adoption of natural forms, and later from modular furniture to major architectural projects. Featuring large-scale reconstructions of some of her most famous interiors, as well as original furniture, her photography and personal notebooks, the exhibition sheds new light on Perriand’s creative process and her rightful place in design history.

Charlotte Perriand (1903-1999) was one of great designers of the 20th century. At the age of 24, Perriand produced a number of critically acclaimed innovative pieces of metal furniture, which drew the attention of Le Corbusier and Pierre Jeanneret. As a result, she was given a position at Le Corbusier’s studio where she developed a series of tubular steel chairs, among them the famous chaise longue basculante.

Curated in collaboration with the Perriand family and the Fondation Louis Vuitton, this exhibition falls on the 25th anniversary of the designer’s last significant presentation in London, held at the Design Museum in 1996. As a female pioneer of modernist design, Perriand’s work was often overshadowed by her more famous male collaborators, who included Le Corbusier, Pierre Jeanneret and Jean Prouve. However, in recent years her reputation as a furniture designer and architect has matched the stature of her peers – her furniture in particular has become highly prized by collectors. 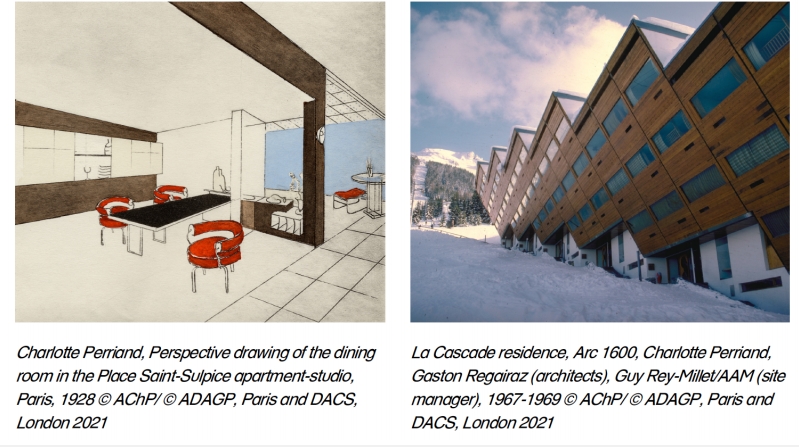 The exhibition is divided into three sections: The Machine Age, Nature and the Synthesis of the Arts, and Modular Design for Modern Living.

Starting with the design of her own studio apartment in Saint-Sulpice, Paris, expect to see Perriand’s early mastery of metal furniture before she joined Le Corbusier’s studio. Explore the notebooks in which she developed the tubular steel furniture designed with Le Corbusier and Pierre Jeanneret, which would define 1920s modernism. Transported into the world of Perriand, sit in vivid one-to-one room recreations of the Salon d’Automne interior from 1929, reconstructed by Cassina, and the London branch of the Air France office designed in 1957.

“Dwellings should be designed not only to satisfy material specifications; they should also create conditions that foster harmonious balance and spiritual freedom in people’s lives.” – Charlotte Perriand. 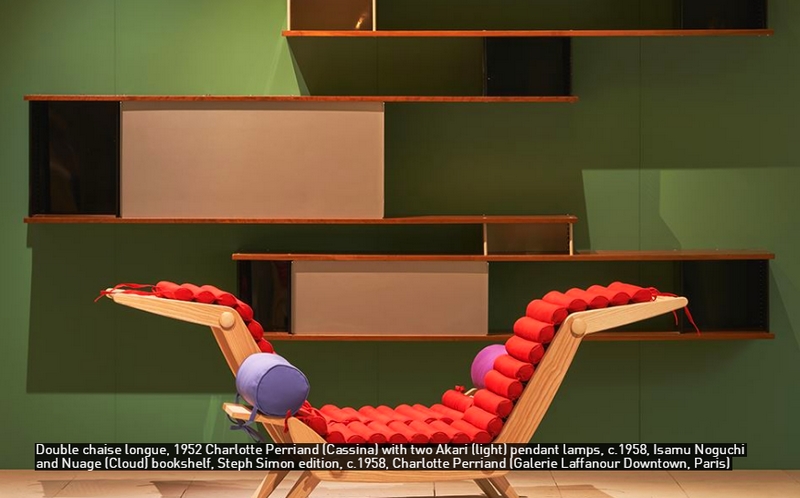 “Charlotte Perriand was a hugely influential figure in design. Her life spanned the twentieth century and her career reflects the twists and turns of the modernist movement. Yes, she was long overshadowed by her male counterparts, but this exhibition presents her not just
as a brilliant designer who deserves wider recognition – she was also a natural collaborator and synthesiser. There is so much to admire not just in her work but in the way she lived her life.” – Justin McGuirk, Design Museum Chief Curator.

The design exhibition charts Perriand’s shift from machine aesthetic to wooden natural forms. Collecting and photographing found objects in nature, herwork begins to assume an organic quality from the late 1930s. Later she displays her vision of how art, design and architecture come together inthe interior through her notion of the ‘synthesis of the arts’. This personal manifesto is represented through items from her 1955 exhibition of the same name in Tokyo, drawing on her collaborations and friendships with Le Corbusier and Fernand Léger.

Explore Perriand’s development of modular designs for more affordable and adaptable interiors. Modular furnishing systems were seen as the way forward during the post-war reconstruction of Europe. Most famously Perriand designed her iconic bibliotheques, or bookcases, for fabrication by Jean Prouve’s metal workshop. Originallyintended for student dormitories such as the Maison du Mexique – recreated in the exhibition – these egalitarian metal shelving systems have ironically become highly prized collector’s items. 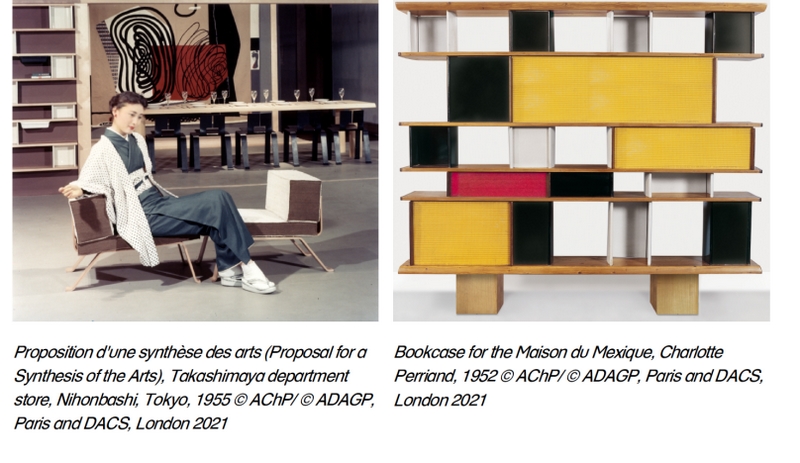 “Better to spend a day in the sun than to spend it dusting our useless objects.” – Charlotte Perriand.

Perriand was a keen hiker and skier, and the exhibition traces her love of travel and the outdoors in her work. It delves into her architecture, which mostly catered to the growing demand for leisure and tourism, especially in her beloved mountains. Through architectural models, photographs and sketches, discover how Perriand sought to make the pleasures of nature accessible. The exhibition culminates in her grandest architectural project, the Les Arcs ski resort in France. Developed over two decades, this resort for 30,000 skiers called for easily transportable components to be prefabricated, and drew on all of her creative and collaborative skills. Take a virtual tour of the resort and see how the buildings fit seamlessly with the contours of the mountainside, and how Perriand makes thousands of mini apartments feel warm and generous.

“Charlotte Perriand: The Modern Life” exhibition at The Design Museum, London
19 June – 5 September 2021.
The exhibition will be accompanied by an audio tour available on the free Bloomberg Connects App featuring interviews and insights from designers and architects who have been inspired by her work. To download, visit the Apple App or Google Play stores and search “Bloomberg Connects”. 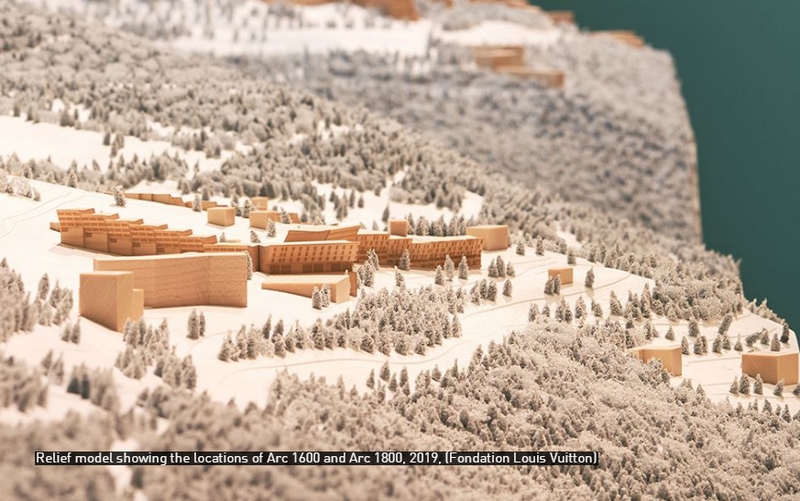 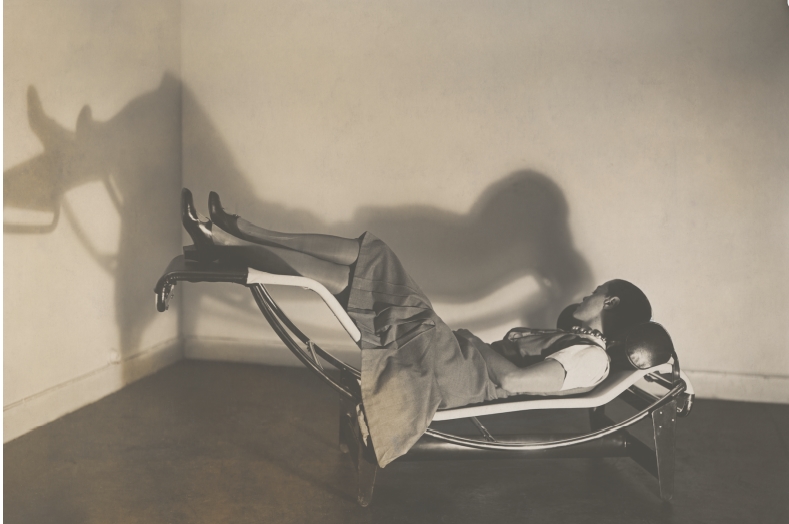 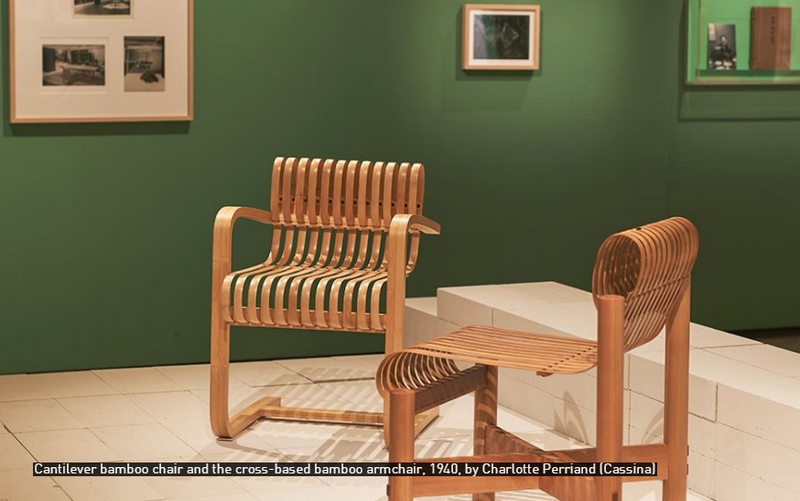 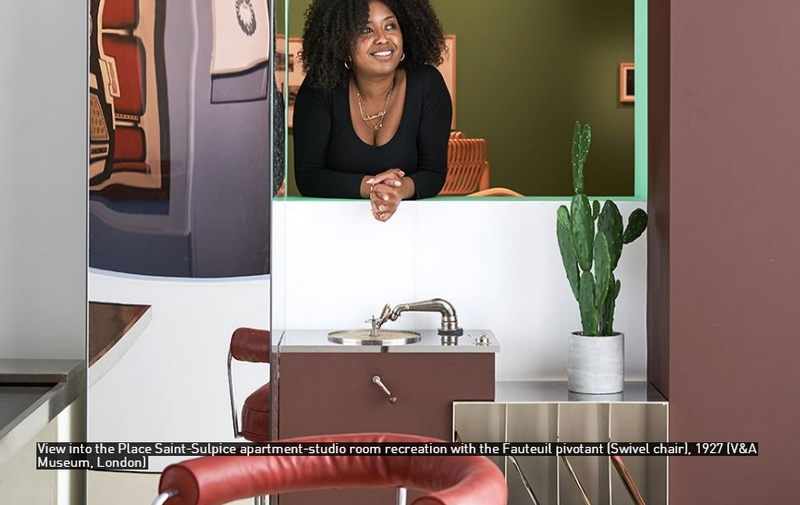 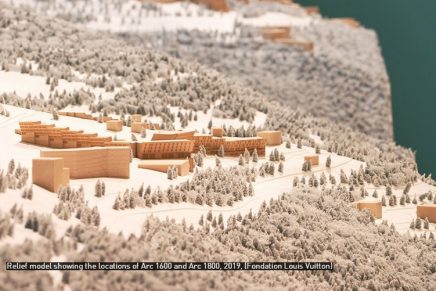 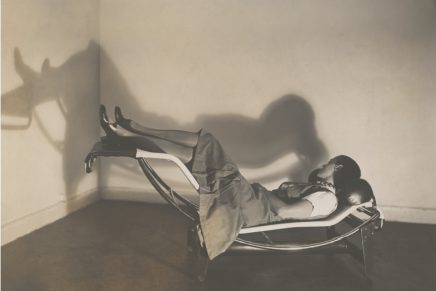 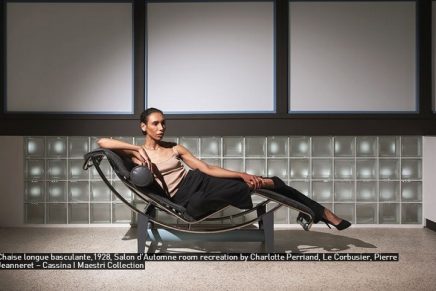 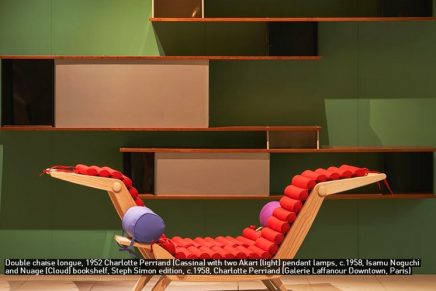 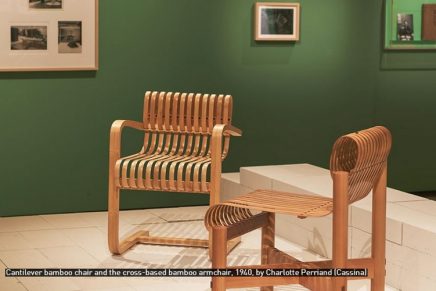 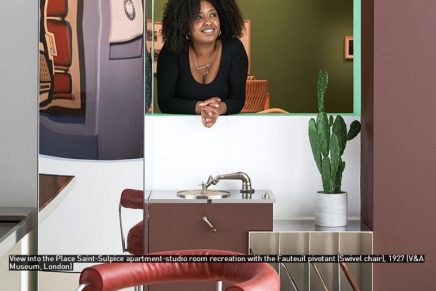 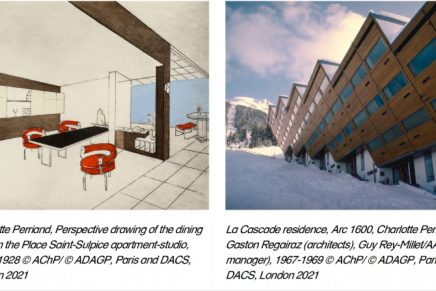 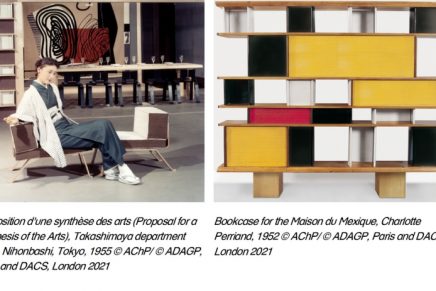