Amateurs or professionals, regardless of their country, all come to the CUSTOMBIKE-SHOW in Bad Salzuflen, Germany from 6th December – 8th December 2019 to compete, compare or just to show their latest creations to the competition and the over 30 000 visitors. 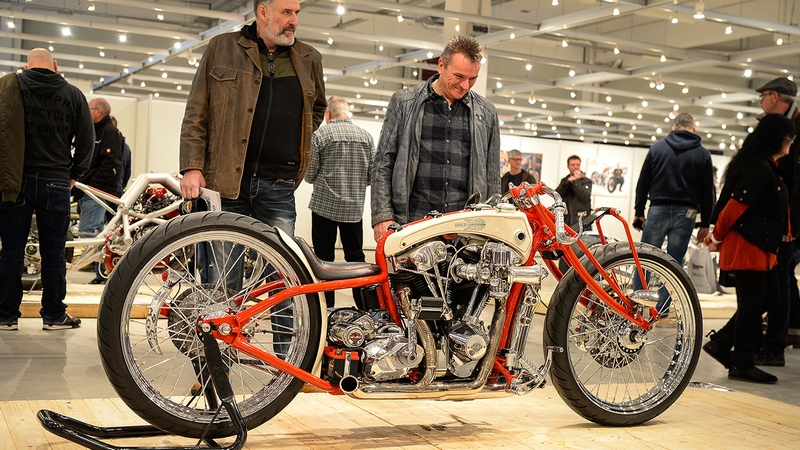 At the same time, the extravagant bike fair is the monitor for the modification trends of the colorful and vibrant customizing bike scene, but mainly the seasonal closure and opportunity for exhibitors, participants and visitors to find ideas for future or ongoing projects.

This year´s highlights are the International German Custom Bike Championship, the special ”Hall of Fame” exhibition, which will take place on its own floor, the Build da Fukker contest and of course the European Biker Build off.

The final of the international German custom bike building championship will be spectacular. Around 300 participants will compete with their unique bikes for titles and trophies in 18 categories. 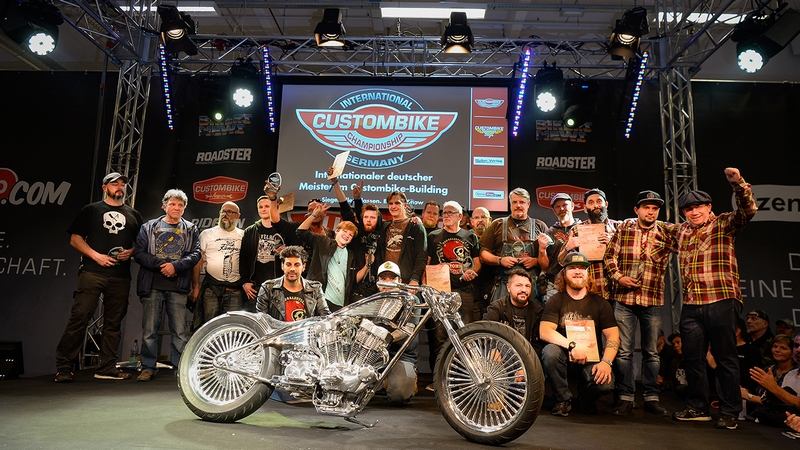 The special exhibition called »Halbstark«, which roughly translates to adolescent and has a whole exhibition hall dedicated to it, will definitely attract attention. Kreidler, Hercules, Puch and Zündapp were the letterings that once adorned countless children’s rooms. Even today, hearing a rattling reng-deng-deng or smelling a dash of two-stroke oil in the air is enough to send one to a fantastic world of nostalgia.

Bizarre, desirable, dreamlike as well as rare, individual and unreachable exhibits will be on display there. Exhibits that are always on two wheels, always possess 50 cc and always come with a small side of wistfulness.

The supporting program will guarantee great entertainment: color will be worked into skin within the tattoo area, the Tattoo-Starlet election will take place, musical entertainment will be provided by Rocco Recycle and risky maneuvers will be showcased in the steep face. Further attractions, such as body painting demonstrations, the election of Miss CUSTOMBIKE, motorbike premiers, several custom bike presentations and many more will complement the diverse program. 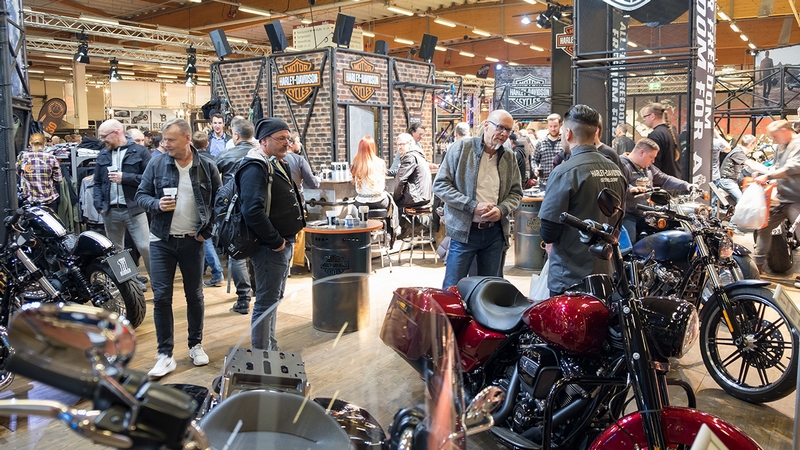 One of the CUSTOMBIKE-SHOW highlights is the European Biker Build-Off. Since 2007, two teams compete each year with one show bike respectively. The framework of the Biker Build-Off is as follows: both teams have three days to complete one custom bike each in front of the fair visitors. The winners will be awarded their prize on Sunday afternoon. At this year’s CUSTOMBIKE-SHOW, the Swiss Sandra and Markus Fröhlich (MCSands Motor Shop) will compete against their German opponents Stephan and Max A. Schneiderbanger (SS Cycle/ Fred Flitzefuß Karosseriebau) for the victory of the European Biker Build-Off 2019.

Both teams are well-rehearsed and have already won different awards with their modifications at renowned motorbike and custom bike fairs. Technically, they both classify as »old school« and they share a passion for old Harleys. Husband and wife versus father and son – who will build a better custom bike?

The CUSTOMBIKE-SHOW remains an absolute experience for motorcycle enthusiasts and lovers of customized bikes. The interest in this unique exhibition is constantly growing. There is nothing like the Custombike Show. This is where amateurs and professionals meet each other and make the best of the best among themselves.
CUSTOMBIKE-SHOW 2019
6th December – 8th December 2019
Messezentrum Bad Salzuflen
Benzstraße 23, D-32108 Bad Salzuflen. 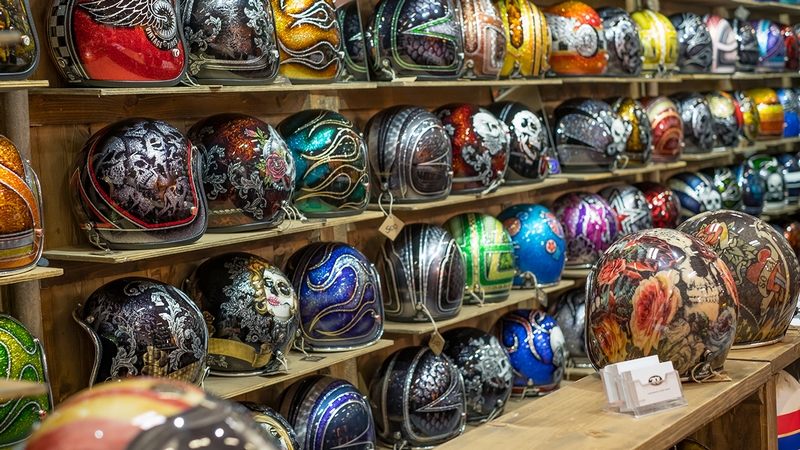 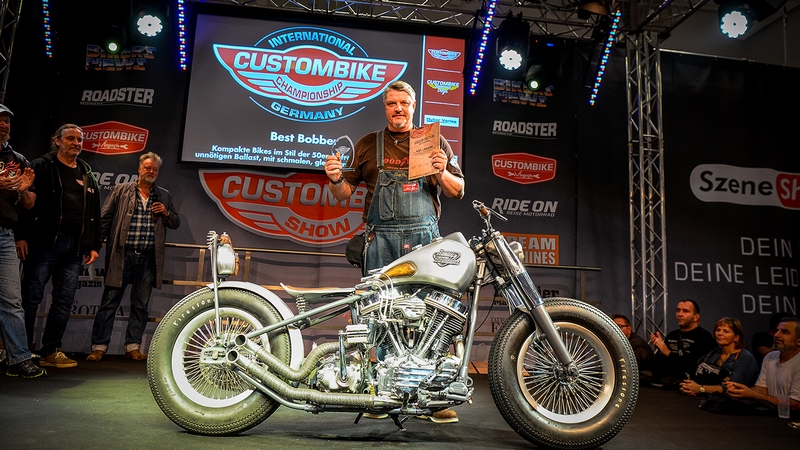 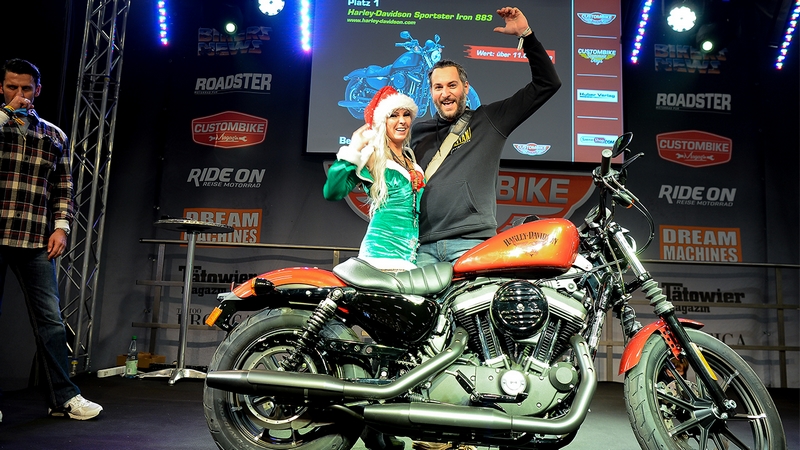 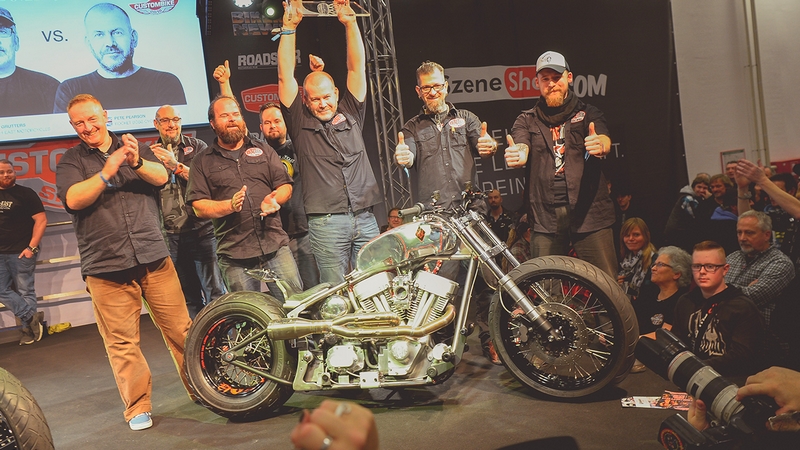 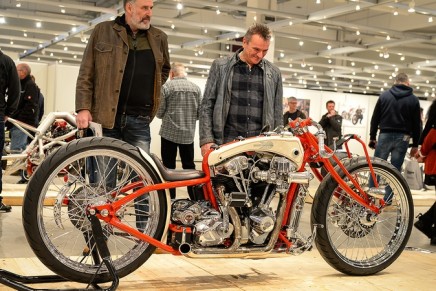 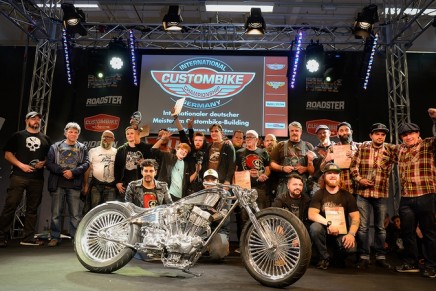 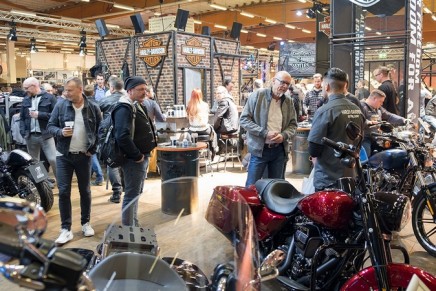 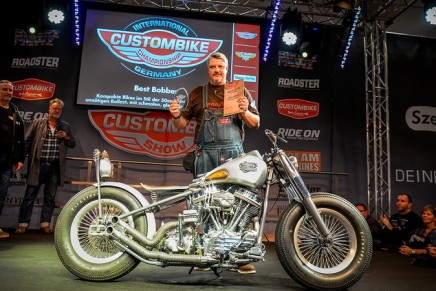 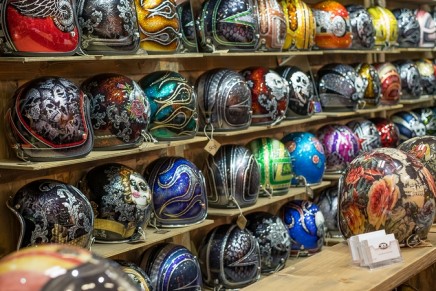 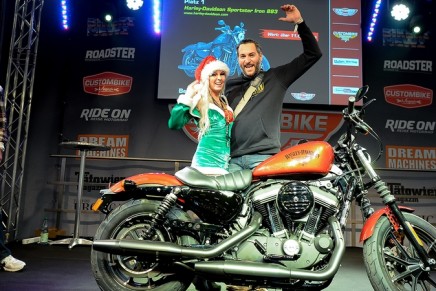 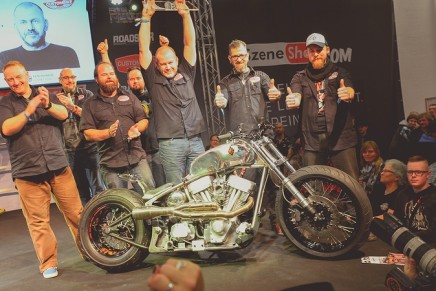