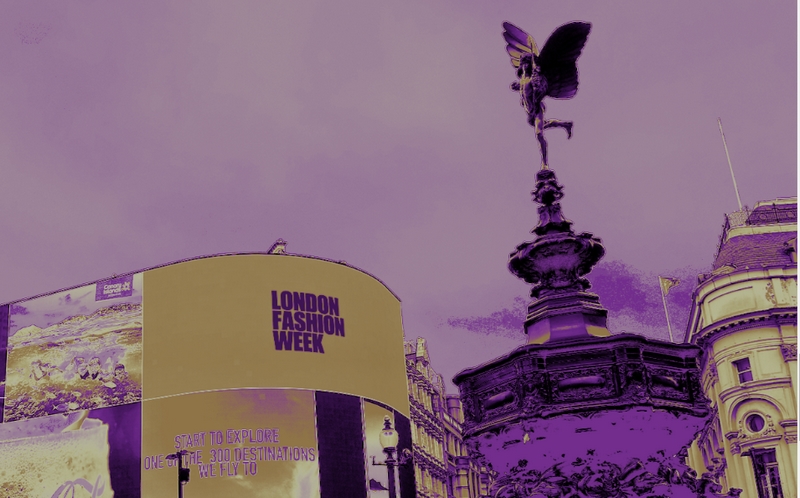 Is old the new new? That was the question at London fashion week yesterday, where, alongside headline names such as Mulberry and Vivienne Westwood, the five-day fashion event launched its first clothes swap.

Clothes swapping has become increasingly popular in recent years, as the appetite for dressing inexpensively and sustainably has boomed. But the practice has never before had such high-profile fashion industry approval.

Among the first to donate items were industry heavyweights including the sustainable fashion campaigner Livia Firth and Sarah Mower, a critic and British Fashion Council (BFC) ambassador.

Two Burberry coats and a retro Puma zip-up top were highlights on the rails as the first few curious visitors milled around the shop on the Strand at lunchtime yesterday.

“It’s an experiment. It’s never been done before. It fits in with the way the world’s moving, towards experiences, rather than consuming,” said Patrick McDowell, a young designer presenting a “curated, evolving” collection made from donated pieces as part of the clothes swap, some of which will be decorated with upcycled Swarovski crystals. No money will change hands because, in a swap, McDowell explained: “The clothes on your back are your currency.”

The swap shop is one of a number of sustainability initiatives unveiled this fashion week, as the industry continues to be targeted by environmentalists.

Mulberry, for example, has launched an initiative to collect and repurpose vintage handbags while Ashley Williams used fabric from past samples in her new collection and Alexander McQueen announced a drive to donate its old, unused fabric to fashion students.

Though only open to attendants of London fashion week – those working in the industry as well as about 2,500 members of the ticket-buying public – the swap shop has a broader aim of promoting the “sharing economy”, which many believe could help the fashion industry drastically reduce its carbon footprint. Patrick Duffy, one of the event’s organisers, and founder of sustainability consultancy Global Fashion Exchange, said 150bn items of clothing were made each year, “but so much is sent to landfill – 300,000 tonnes each year in Britain. And that is growing every year. We have to remember the environmental social impact of that.”

There are many who are sceptical of attempts towards sustainability from within the fashion industry. Extinction Rebellion, for example, is calling for London fashion week to be shut altogether and has protests planned. The group has urged the BFC to “propose the legislation needed to stop the fashion industry’s exploitation of planet, people and animals”, adding: “There is no emergency action but tweaks to business as usual. We need to know how emissions and the loss of biodiversity will be addressed.”

One of the founders of fashion week, Lynne Franks, also chimed in, saying: “I believe now is the time for drastic change in how we do things. We’re in a different world, a world of emergency and there is a need for drastic action.”

For Duffy, however, working with fashion week can be an effective route to change. “It shouldn’t be shameful to buy something new,” he said. “But we should educate people about the process behind their clothes. If people knew what they were buying, like they do with food, it would be very different.”