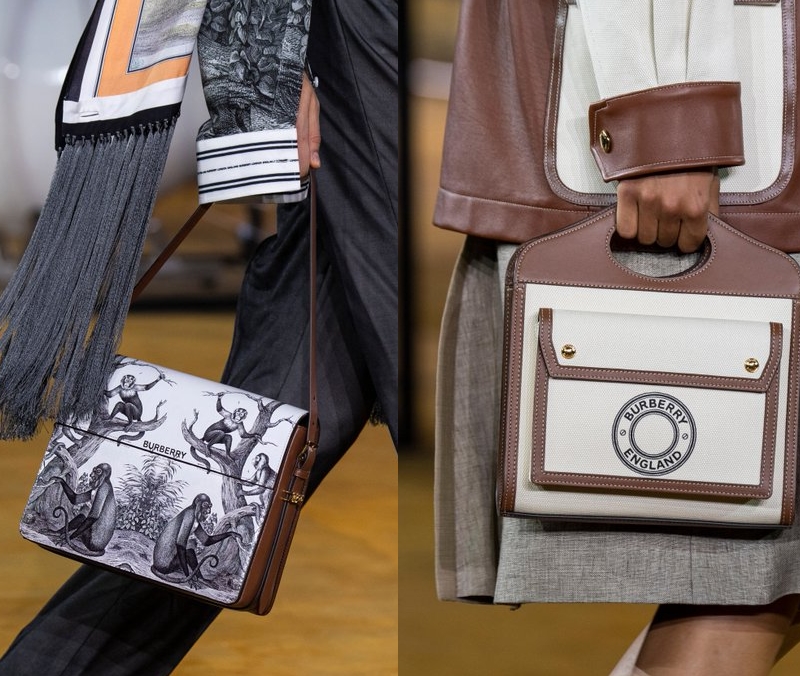 Burberry – a fashion label or a barometer of Britishness; @Burberry

This article titled “Burberry: a fashion label or a barometer of Britishness?” was written by Jess Cartner-Morley, for The Guardian on Monday 16th September 2019 19.14 UTC

The Burberry check is the catwalk version of the union jack. This house is not just a fashion label, but a barometer for Britishness. From the stiff upper lip all-weather reliability of the trench coat to the urban swagger of a Burberry check baseball cap, it has come to represent a national identity.

British national identity being a fractious business right now, even Riccardo Tisci, a fiercely modernistic designer known for streetwear, indulged in a little nostalgia. His third Burberry collection celebrated the Victorian era as “a time when Britain was going through so much change; but also a time when people in this country were really looking to the future,” Tisci said backstage after the show.

If the Victorians had worn streetwear, this is how it might have looked. The stage set was stark and futuristic. A carnival-sized sound system of speaker stacks, Stonehenge in scale but sleek and gleaming in glossy Apple Inc white, stood in the centre of the stage of the Troubadour theatre in west London.

“Music is as important to me as fashion,” Tisci said, “because it brings positivity and happiness to my life and to so many people’s lives.”

Tisci’s Burberry is a compelling world. Bumbags, the accessory of choice for the millennials Tisci targets, were reinvented here as sleek, wide-leather corset belts. Trenchcoats had cinched waists and grand, floorsweeping hems. Evening dresses were layered and draped with lace and plumed feathers. Polo shirts and mini dresses came with tailcoat-styled hems.

Related: Checking in: Riccardo Tisci on his new era at Burberry

“The Victorian era is bold, but there is a fragility to it, said Tisci. He noted the aesthetic is very present in London’s Victorian architecture.

Under Christopher Bailey’s long and successful stewardship, which ended in the spring of 2018, Burberry settled into national treasure status. The clothes on the catwalk were genteel and romantic, the models softly made-up, the soundtrack designed to tug the heartstrings.

But in the year since he arrived at Burberry, Tisci has referenced punk and rave culture, Bambi and British passports, Carine Roitfeld and Peter Saville. Tisci’s Burberry is more urban, less rural. If the mood of Bailey’s Burberry was soft rain in the Peak district, Tisci’s is closer to Peaky Blinders.

The Italian designer was a hire nobody in the industry saw coming when he was appointed Bailey’s successor in March 2018. That summer, the house was rocked by environmental outrage when it emerged that it had burnt £28.6m worth of clothes, perfume and accessories to protect its brand.

In 2017/18 boss Marco Gobbetti was paid £6.3m. During that year his predecessor Christopher Bailey was paid £1.1m for the three months he was in post. This year Burberry, in collaboration with Apple, became the first luxury brand to have its own bespoke instant messaging system. Similar to WhatsApp but tailor-made for Burberry, the chat system is designed to foster close relationships between sales associates in stores and their best clients.

• This article was amended on 18 September 2019 because an earlier version was incorrect to say that “this year boss Marco Gobbetti had a salary increase of 112% to £7.4m making him the highest paid CEO in the FTSE 100”. To clarify: Gobbetti was paid £6.3m in 2017/18. During that year his predecessor Christopher Bailey was paid £1.1m for the three months he was in post.