The Temple of the Jeweller pop-up boutique will run until 1 December. 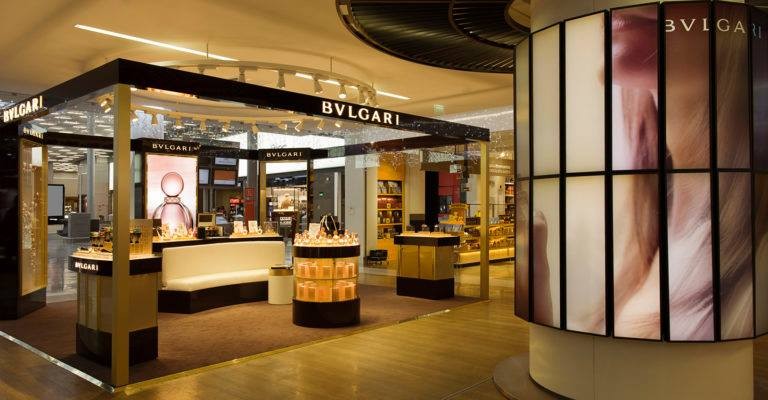 The Temple of the Jeweller recreates the interior of a Bvlgari boutique with gold décor. A resident artist will illustrate cards with a reinterpretation of a Serpenti necklace. The luxury house is offering the service of sending these personalised cards worldwide.

Of course, there is a special gifting service. All fragrances and jewellery being wrapped in ribboned coffrets. 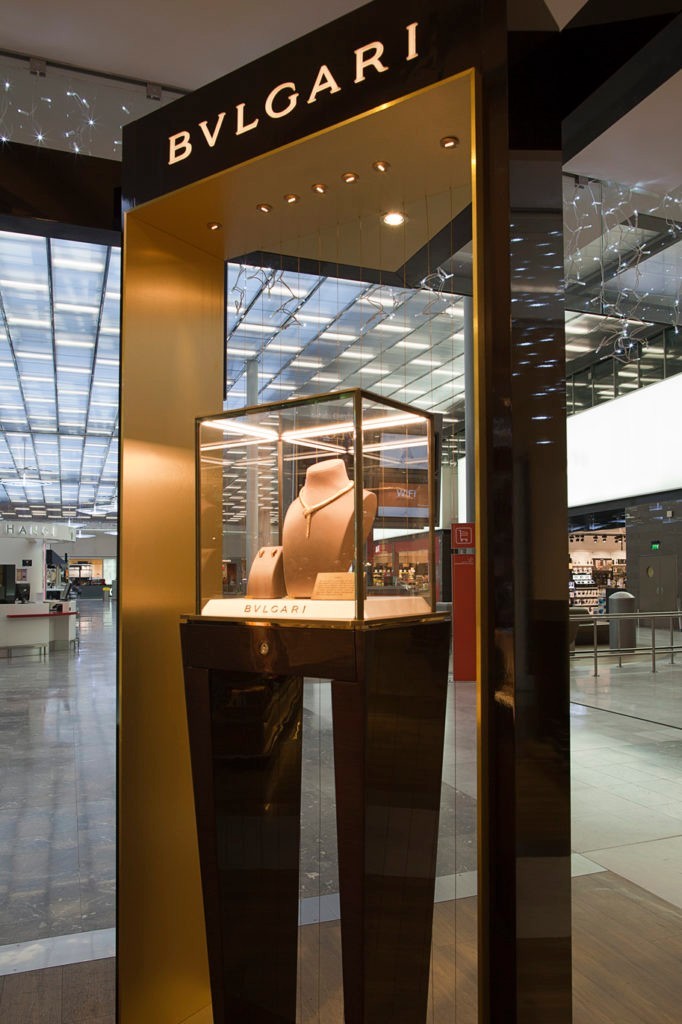 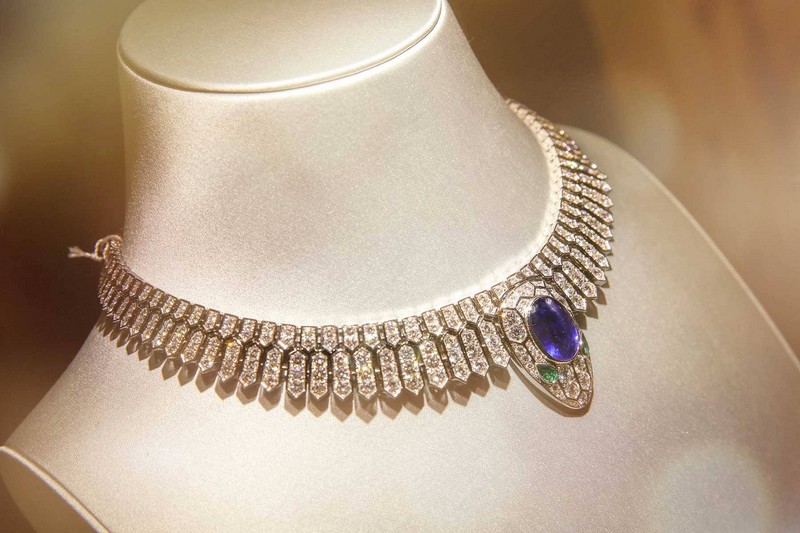 Bulgari also sponsored “An Enduring Vision,” a benefit for the Elton John AIDS Foundation (EJAF) gala to present awards to the charity’s supporters. Bulgari donated an exquisite MVSA gemstone necklace auctioned off at the gala and worn by top model Jasmine Sanders. 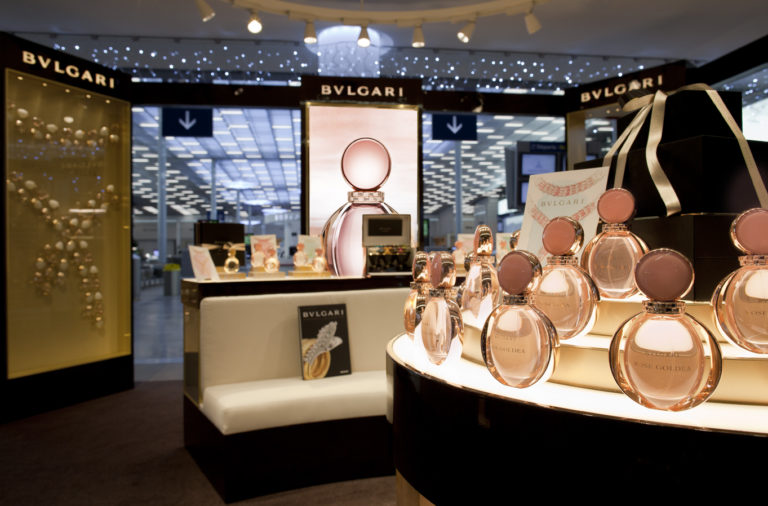 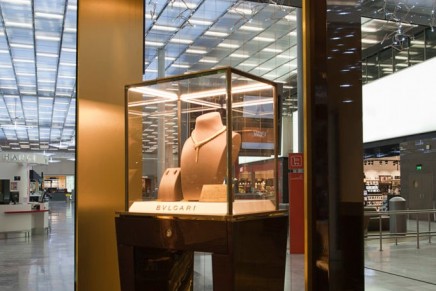 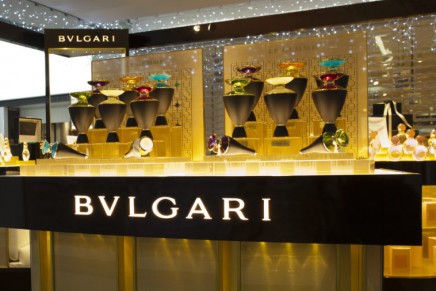 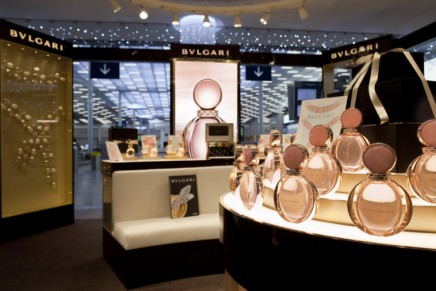 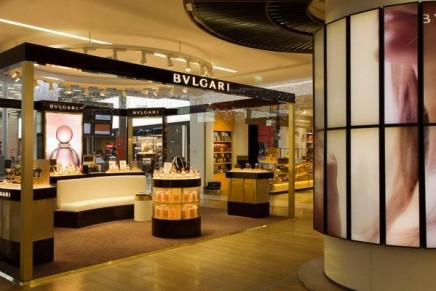 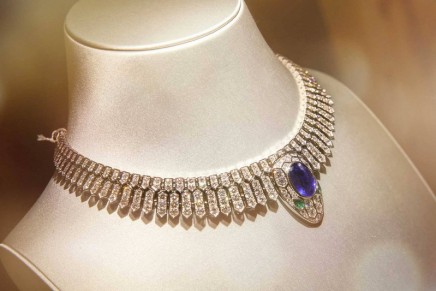