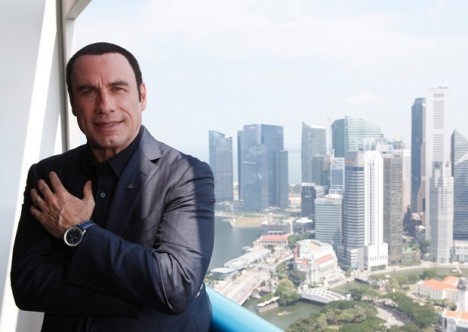 Limited to just 500 pieces globally, Navitimer Blue Sky watch on the dark blue crocodile leather strap will retail for about $10,000.

First launched in 1952, the Breitling Navitimer has been continuously manufactured for almost 60 years, making it the world’s oldest mechanical chronograph still in production.

This year Breitling celebrated the 50th anniversary of the first spacegoing chronograph with a new Navitimer Cosmonaute equipped with a highperformance Manufacture Breitling movement, entirely developed and produced in the company workshops. This 1,962-piece limited edition is distinguished by its 24-hour display, its manualwinding mode – two nods to the original 1962 chronograph – as well as the Aurora 7 mission insignia engraved on the caseback. Navitimer Cosmonaute.