Forever Now: Gucci Horsebit celebrated by Charlotte Casiraghi
Are you ready to put your bestfoot forward? 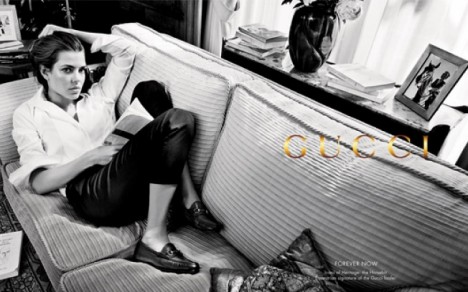 Shot by Inez Van Lamsweerde & Vinoodh Matadin and featuring Charlotte Casiraghi, the second campaing of the new Forever Now icons of heritage campaign celebrates the Gucci Horsebit. Inspired by an equestrian tradition, the chic hardware has been the crowning detail on Gucci’s legendary loafers for close to 60 years.

Casiraghi is the official equestrian “ambassador” of the Gucci label. For her competitions, the creative director for Gucci, Frida Giannini, designs her equipment, which are made only for Charlotte and are never retailed for the general public.