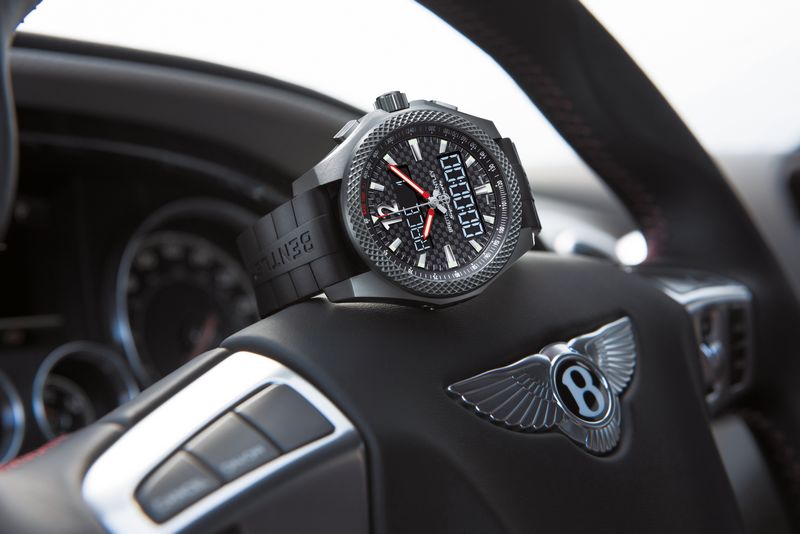 For the first time, a Breitling for Bentley chronograph features an electronic movement. Founded in 1884 by Léon Breitling in Saint-Imier. Breitling is known for precision-made chronometers useful to aviators.

Bentley and Breitling are introducing a striking new chronograph – the Breitling for Bentley Supersports B55 – to celebrate the launch of the new Continental Supersports: the fastest Continental ever made.

The Bentley Supersports B55 features a new version of Breitling’s in-house B55 connected calibre, which is enriched with functions tailor-made for performance-minded individuals. In addition to the lap timer and electronic tachymeter, the B55 features three additional exclusive functions.

The new Continental Supersports develops a mighty 710 PS (700 bhp) and 1,017 Nm (750 lb.ft.) of torque, and features unique exterior and interior styling cues. These bespoke design elements have influenced the look of the Breitling for Bentley Supersports B55. 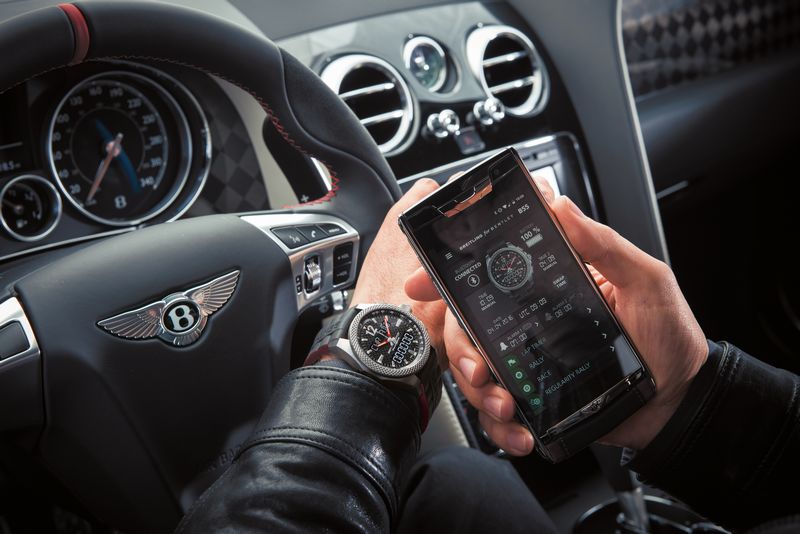 A titanium case – inspired by the titanium exhaust option available on the Continental Supersports – provides a tactile reminder of the landmark car’s performance credentials. The lightweight case frames a dial in carbonfibre, a material featured strongly in many details of the Continental Supersports. A double-layer red-edged and lined black rubber strap completes the look.

Breitling was a sponsor of Team Bentley during their Le Mans 24 Hours campaign, running from 2001 to 2003. To commemorate this, it created the Breitling Bentley 24 Le Mans Watch.

In the 1965 James Bond movie Thunderball, Bond is given a Breitling Top Time by Q, who tells him it is also a geiger counter. The geiger counter in the watch enables Bond to track down two stolen nuclear warheads. After the movie was filmed the watch disappeared. In 2012 it resurfaced
in a car boot sale in England where it was bought for GB£25. It later sold at auction at Christie’s auction house for over GB£100,000. 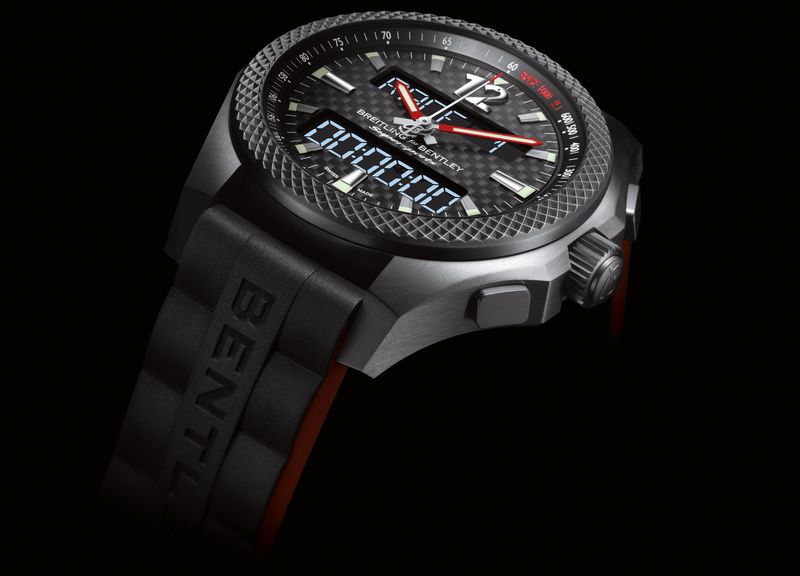 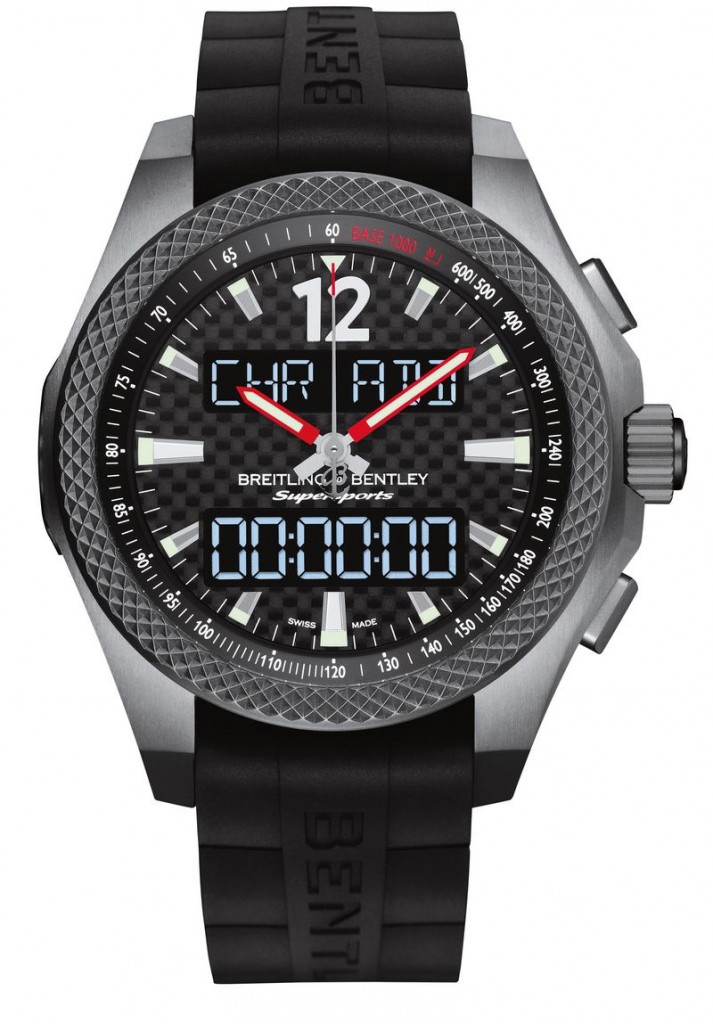 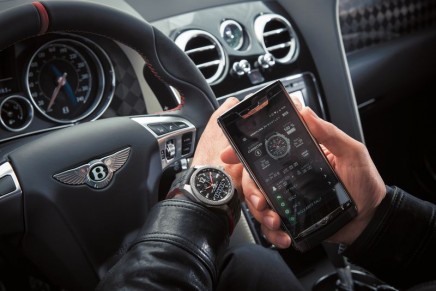 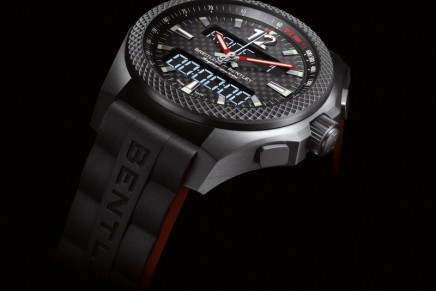 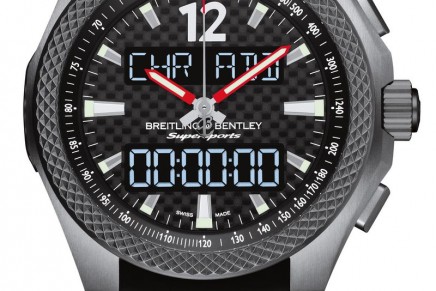 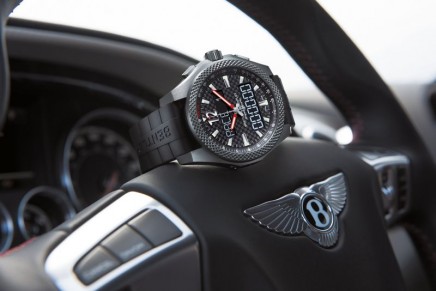