“You live more for five minutes going fast on a bike than other people do in all their life.” – Burt Munro 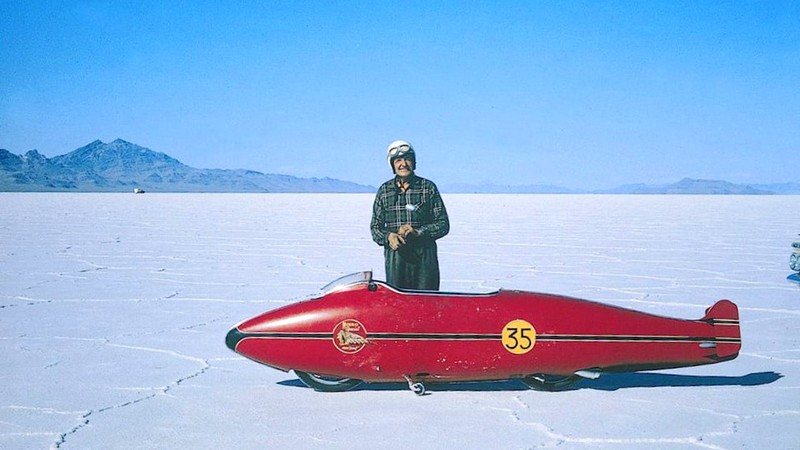 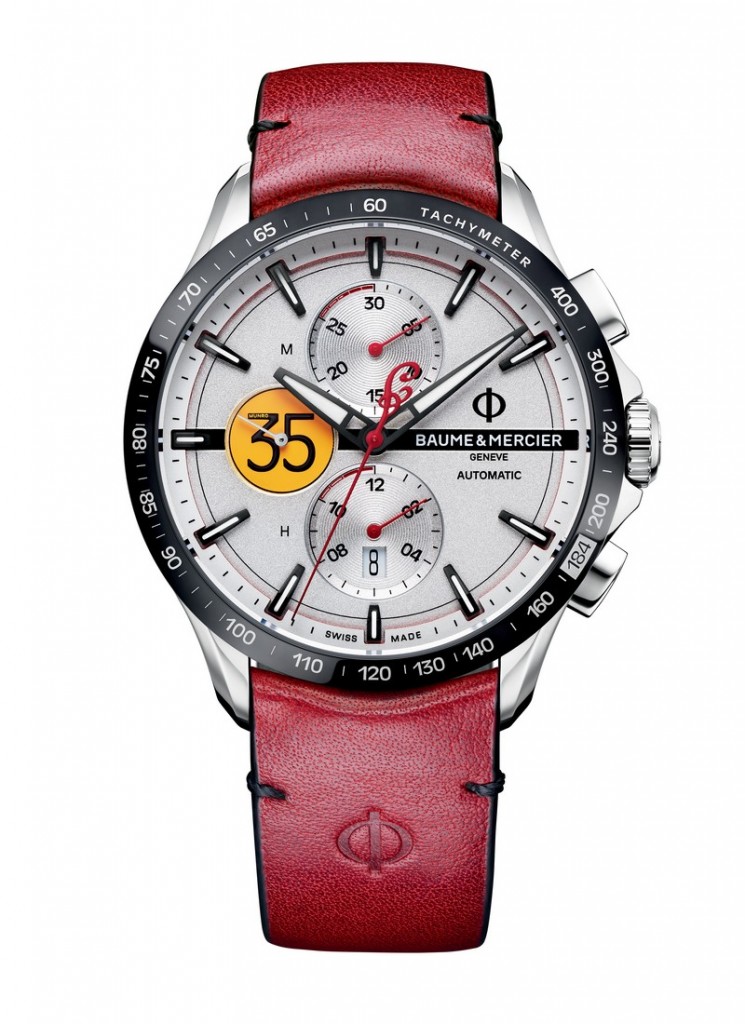 When Burt Munro bought the bike in 1926 it was only capable of doing 55mph, but after spending the next 40 years modifying it in his shed, the then 68-year-old grandfather took it to the Bonneville Salt flats in Utah, USA. Here he set an under 1000cc record speed of 183.59 mph (294.5 km/h). However, Munro’s son, John noticed that the average speed calculation on the original 1967 record certificate was inaccurate and that the speed reached was actually 184.087 mph (296.11 km/h). The official listing was therefore corrected 47 years later, and set the record that still stands today.

Paying tribute to this 50th anniversary, Baume & Mercier has designed a one-of-a-kind watch. Burt was a man of modest means and built his record-breaking Scout using basic tools and even made his own engine parts from salvaged metal over the course of 40 years. This official Indian Motorcycle watch can be proudly worn to remind the wearer that anything is possible with enough grit and determination and translates the enduring passion, a value conveyed by Baume & Mercier ever since. 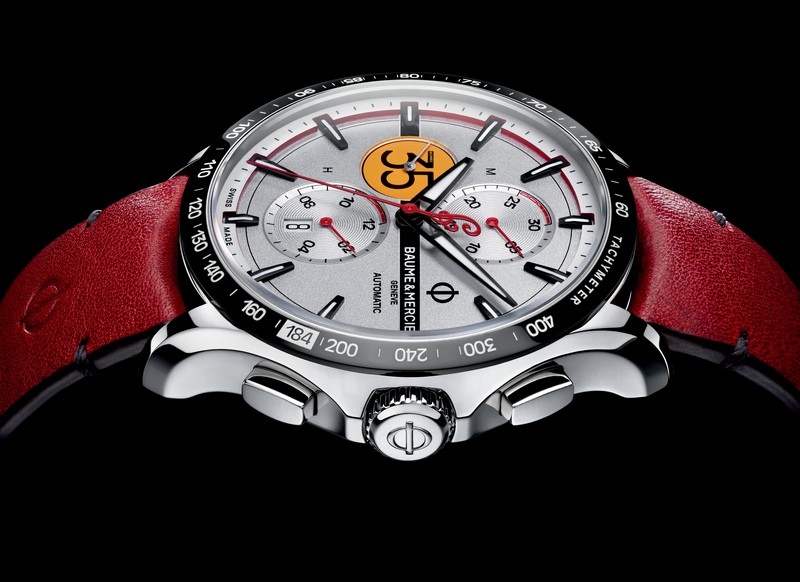 With this limited edition timepiece, Baume & Mercier celebrates an icon, a hero of speed, while at the same time christening the new partnership with the Indian Motorcycle Company – a collaboration in the same vein as the very successful Shelby Cobra. This limited edition automatic chronograph features a number of special details designed to commemorate the extraordinary achievement of Burt Munro. Immediately apparent is the large, yellow number 35, Munro’s lucky number, in the chronograph seconds counter. Next, the “Indian Red” color of the calfskin strap evokes the deep vermillion color that is identified with the Indian Motorcycle Company, and the color of the Munro Special.

The dial itself is silver-colored with sandblasted and snailed finishes, meant to mimic the surface of the Bonneville Salt Flats, where the record was set. The counterbalance of the chronograph seconds hand is the immediately recognizable Indian “I.” The 44mm stainless steel case has a tachymeter scale on the bezel, with the record, 184 mph, highlighted on it. On the back, the famous Indian Headdress logo of the Indian Motorcycle Company is engraved, as well as the number of the limited edition. 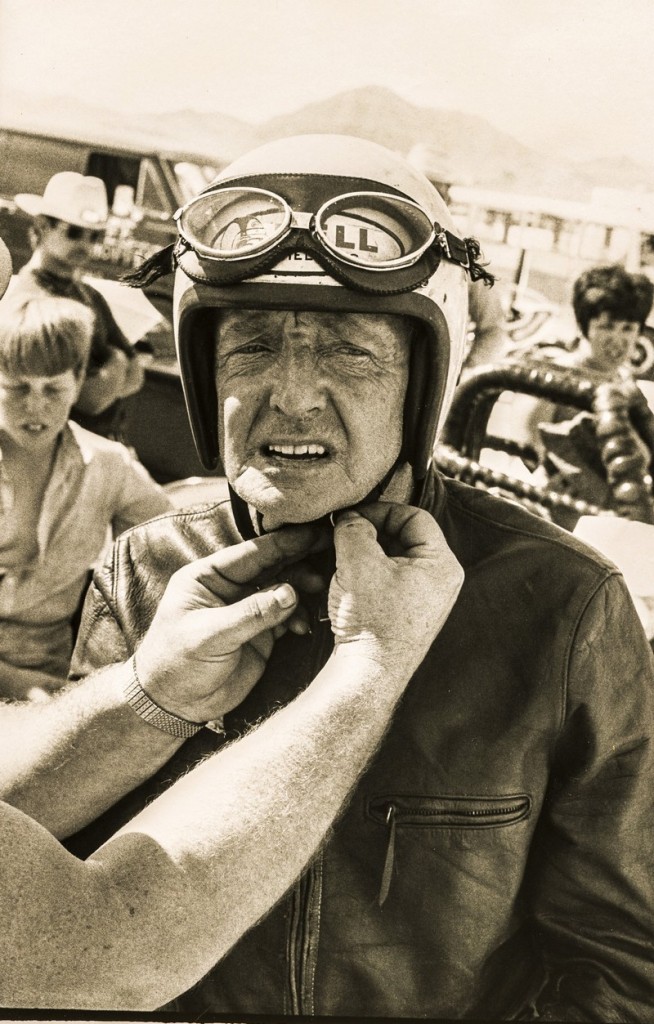 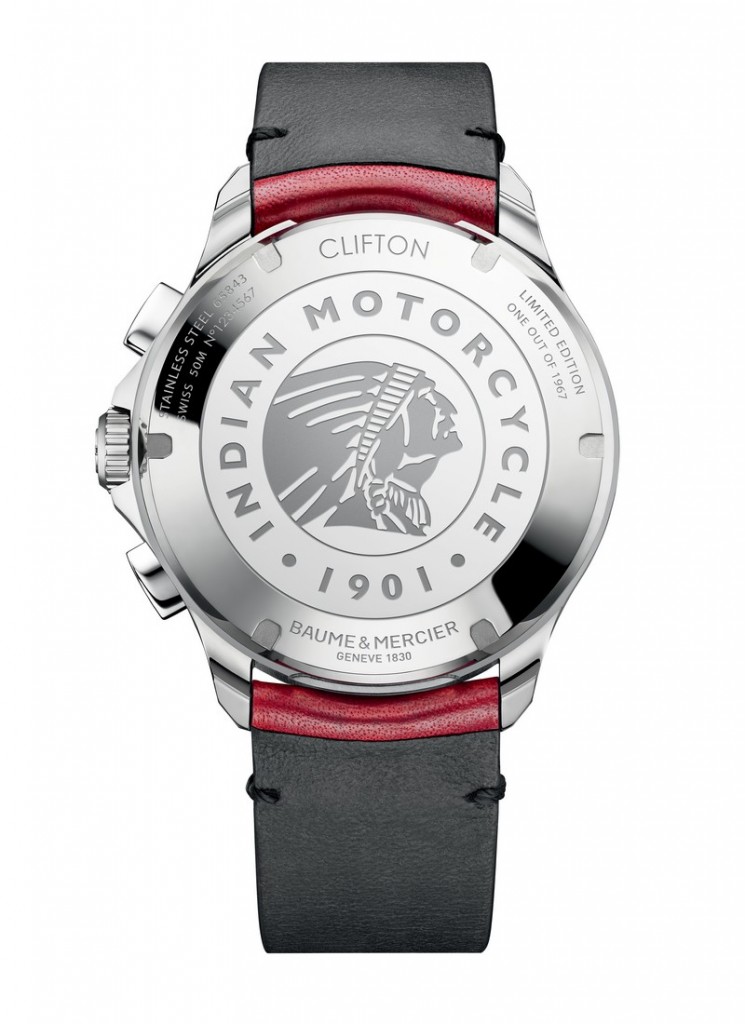 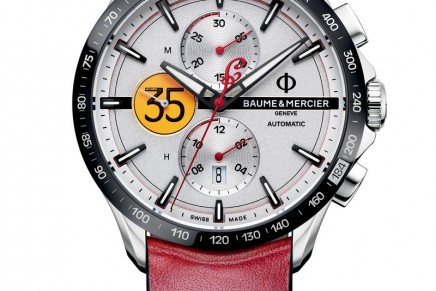 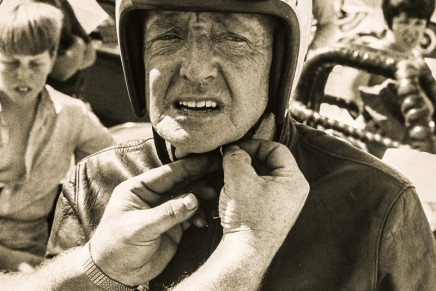 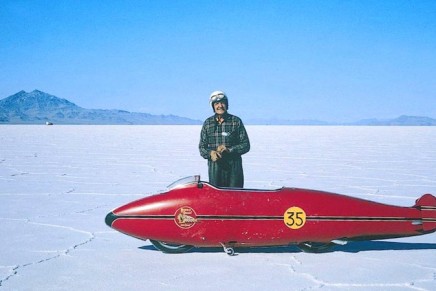 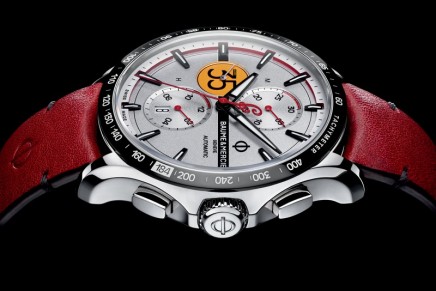 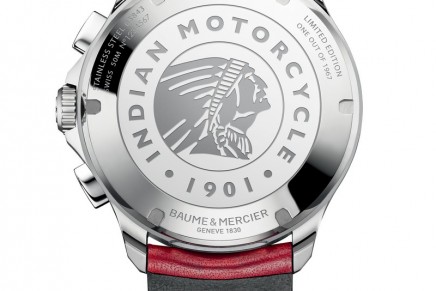