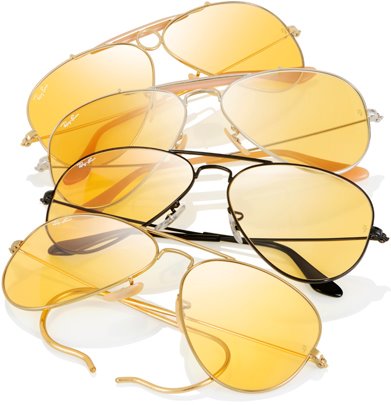 These sunglasses have graced the faces of some truly legendary characters. Initially introduced for the United States Army Air Corps, the Ray Ban aviators became a style staple for guys and girls, and movie stars. To its 75th anniversary, Ray Ban, the American brand of sunglasses founded in 1937 by Bausch & Lomb, has created a special limited version of the frames called the Ambermatic aviator collection. These iconic frames have a special transitional lens that adjust depending on light and temperature in order to stop glare ($219).

Ray-Bans were first created in 1936. Some years earlier, American test pilot Lieutenant John A. Macready returned from a balloon flight, complained that the sun had permanently damaged his eyes, and contacted Bausch & Lomb asking them to create sunglasses that would provide protection and also look sophisticated. That’s how the famous aviators were born. 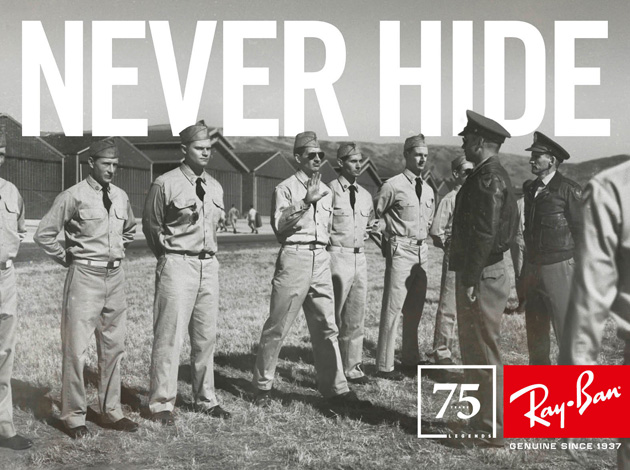