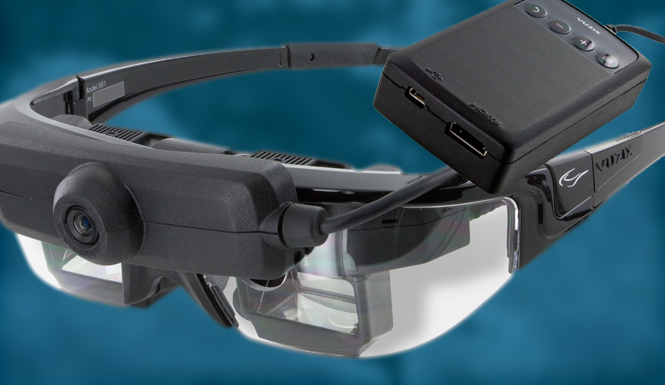 According to ABI Research, wearable computing devices will exceed 485 million annual device shipments by 2018. 75 million of these are projected to be smart glasses. Juniper Research has valued the next-gen wearable devices market including smart glasses to be worth more than $1.5 billion by 2014.

Vuzix’ STAR 1200 model line is the world’s best selling see-through augmented reality (AR) video eyewear. It is used worldwide by researchers and developers creating tomorrow’s augmented reality applications. Now it has an updated version. Vuzix, a leading developer and supplier of wearable display systems, announced the launch of the STAR 1200XLD, an all digital version of its much acclaimed STAR 1200XL.

The new STAR 1200XLD incorporates all the features of the STAR 1200XL AR glasses, and is further enhanced through the simplicity of an industry standard high definition multimedia interface (HDMI) with support for digital rights management (DRM) and 3D video sources. Its AR feature set includes 3DOF motion tracking sensors and a built in 1080p HD camera for “tracking and recognizing” the real world objects to allow 3D computer generated content to be locked in place when overlaid on top of the user’s direct view of the real world.

The STAR 1200XLD is a see-through AR-enabled binocular Video Eyewear that sports a 35 degree field of view. Building from Vuzix’ award winning technology in AR-enabled video eyewear, this display allows users to view the real world while simultaneously viewing relevant computer generated information, graphics and alerts. The AR glasses also supports audio and 2D or 3D video to virtually all HDMI-out devices. At last you can connect a single video eyewear model to products ranging from a desktop or laptop computer to mobile devices, such as a tablet or smartphone, and even your 3D Blu-ray player.