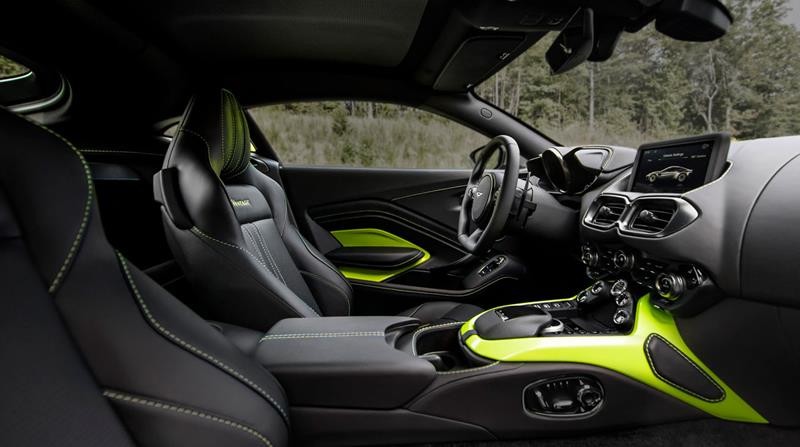 The luxury carmaker Aston Martin Lagonda has slumped to £13m loss over the most recent three months, blaming tough trading conditions in the UK and Europe and weak sales of its Vantage two-seater sports car.

The 106-year-old British marque has had a torrid year since floating on the stock market last October with its shares priced at £19, valuing the company at £4.3bn. The shares have since slumped, diving below £4 at one point in August, as sales have fallen amid “continuing macro uncertainties”. They were down 3% at 404p at midday, valuing the company at just over £900m.

Aston Martin has pinned its hopes on a “second century plan” unveiled in 2016, under which it launches seven new cars in seven years. The Vantage, which costs from £120,900, is the second model in the plan, but sales have been weaker than expected because the two-seater luxury sports car market is in decline.

The DBX will be Aston Martin’s first foray into the sports utility vehicle market, and the carmaker hopes it will become its most popular model. It will be unveiled in Beijing later this month, and manufactured at its new St Athan factory in south Wales.

The company plans to make up to 5,000 DBXs a year, priced at £158,000. Palmer said the SUV market was growing globally, and noted that 72% of Aston Martin customers already had an SUV in their garage. They were, he said, “an obvious target”. The DBX is also designed to appeal to women in countries such as China and the US, enabling the company to expand away from its traditional male-dominated sports car clientele.

The third-quarter results showed revenues in the UK were down 22%. In the Europe, Middle East and Asia region they were down 17%. The Americas grew by 2% and Asia Pacific fell 34%, against strong growth last year when the figures were boosted by the launch of the Vantage and DBS Superleggera.

Aston Martin said wholesale volumes would be lower than predicted for 2019 but within the range of City expectations, which came as a relief to investors.

The car industry has been hit by falling sales in China, a trade war between the world’s two biggest economies and a slump in diesel sales in Europe.

“Tough trading conditions, particularly in the UK and Europe, persist,” said Palmer. “We prepared for Brexit all year and have £15m of stock in our Brexit preparations. We continue to be ready for whatever Brexit throws at us. Our hope is that on the 12 December [after the general election] we’ll have a clearer view what Brexit will look like.”

In a fresh cost-cutting push, the company has reduced spending on research and development by £45m to £300m by “doing things smarter”, Palmer said. It is spending less on travel and overtime, cutting back on contract workers at its Gaydon factory in Warwickshire, and plans to downsize or close some small sites used for storing parts as it runs down inventories in the forthcoming peak trading season.

However, the 300-strong workforce at the new St Athan plant is due to double before the start of production of the DBX next spring.

The company said that for the first time four Aston Martin cars would feature in the next James Bond film, out next April: the classic DB5 and V8 Saloon, along with the new DBS Superleggera and Valhalla. Palmer said: “It very clearly helps us in places like China and the US. A Bond movie is always a boost to us.”

Neil Wilson, the chief market analyst at Markets.com, said: “Aston Martin will be hoping a little bit of Bond stardust will rub off on the brand … It needs all the help it can get.”

Aston Martin said demand for its “special” multimillion-pound vehicles continued to be strong, although fewer had been made. It has delivered six of its most expensive new model, the DB4 GT Zagato Continuation, and a further 13 are to follow by the end of the year. It is sold together with the new 2019 DBS Zagato, for £6m the pair.