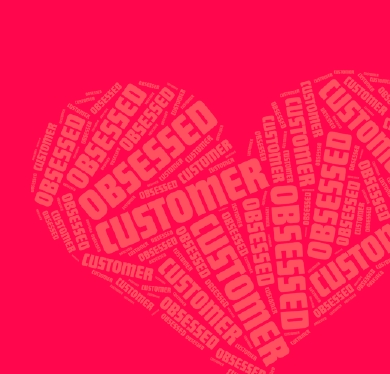 While new technologies may come and go, the one thing that doesn’t change in the world of marketing is that the customer is always in central position. Experian’s 2012 Digital Marketer: Benchmark and Trend report offers a perspective on the digital landscape and how brands can influence more meaningful connections with customers. The report contains trend information, predictive benchmark data and a glimpse into the habits of the wealthy luxury consumer, named “American Royalty”

As the name suggests, “American Royalty” are those Americans who are at the top of the affluence pyramid. In fact, less than 1% of all U.S. adults are identified as being American Royalty.

“They are financially confident, tech-savvy and influential. They have the means to travel the world armed with the latest gadgetry, of course, to make their lives easier, more connected and more comfortable. Nearly half of adults in this segment say their household spends $40,000 or more annually on purely discretionary items and services,” says Experian.

It’s easy to obsess over the latest social media craze or technology, but in doing so it also becomes easy to lose site of the end-goal: making a lasting, meaningful connection with customers.

Here some other insights from the report:

• 91% of today’s online adults use social media regularly
• Revenue per email averages 2x higher for ‘Friends and Family’ campaigns
• 28% of smartphone owners watch video on their phone in a typical month
• Pinterest is now the 3rd most popular social networking site behind Facebook and Twitter, with traffic up nearly 50% in February 2012 compared to January 2012.
• Dollar ($) offers were the most popular last holiday season (seen in 29% of subject lines, sneaking past last year’s leader of percent (%) off campaigns (seen in 28% of subject lines).
• Fifty-two percent of organizations say email address is the most utilized piece of contact data.
• For brands that have email acquisition at the POS, 15 to 25% of their subscriber list is captured in-store.
• Subscribers respond well to words that make them feel special.
• Including the word “exclusive” in the subject line boosts unique open rates by 14% in
promotional mailings.
• Consumer Goods industry Facebook ad campaigns experienced the highest conversion rate of
58%, followed by Retail at 49% and Dating Services at 45% in 2011.
• 80 million Americans ages 12 and older have a cell phone that can send and receive emails.
• 52 percent of adults who can browse the web on their phone do so.
• At least 41 million Americans now use their cell phones for shopping- related activities.
• Cyber Monday overtook Black Friday as busiest shopping day of the year.
• For the third consecutive year, Facebook was the top searched term in the US, accounting for
3.10% of all searches.
• Last year there was a 13% growth of single-word searches, as terms like ‘face’ and ‘you’ made the top 50 searches.