A sneak peek of the new Alphonse Mucha show now open in Rome! 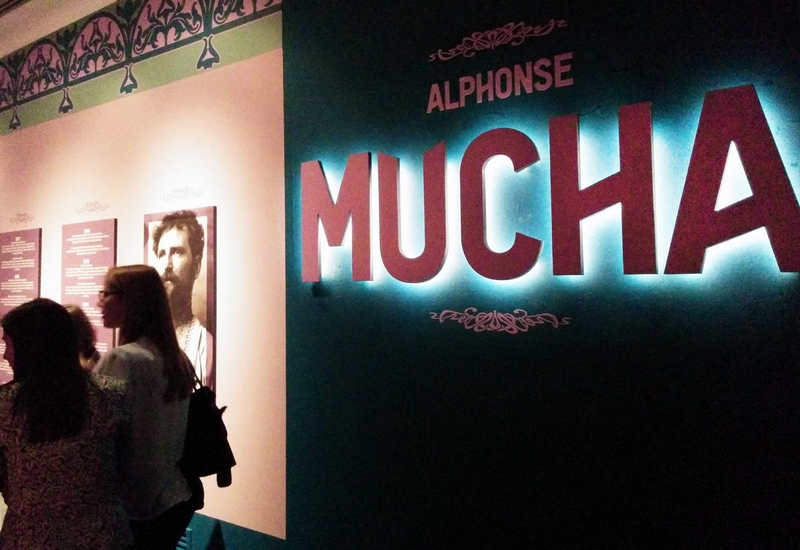 A great retrospective dedicated to Czech-born Alphonse Mucha (1860–1939), the Art Nouveau inventor and one of Europe’s most renowned artists in the late 19th and early 20th century, is staged in Rome at the Vittoriano – Ala Brasini.

One of the most celebrated artists in Europe in the late 19th and early 20th century, Alphonse Mucha is known all over the world as one of the fathers of Art Nouveau, the artistic movement characterized by the use of soft lines, floral forms and plant motifs that blossomed in the Paris of the Belle Époque and then spread throughout Europe. He was in reality a multi-faceted and versatile artist as well as a great experimenter with different styles and approaches, firmly convinced that the value of art derives from reflection that does not refer exclusively to the aesthetic sphere but rather finds completion there. 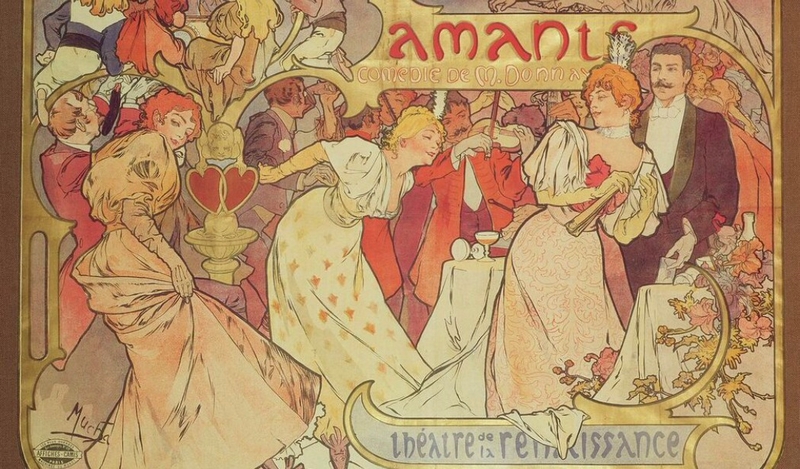 It was Christmas 1894 and Sarah Bernhardt was about to open in a new play entitled Gismonda. None of the various posters designed for her by different commercial artists had met with her approval and there was now no one left in the city apart from Alphonse Mucha, who produced one in great haste. The printer was bewildered. He had never seen anything like it. In its original fusion of Byzantine influences and Art Nouveau stylistic devices, the poster looked frighteningly modern and he was sure that the actress would reject it. Bernhardt instead immediately asked to meet Alphonse in her boudoir. No sooner had he entered than she sprang to her feet, embraced him and told him that her had made her immortal. From then on she would allow no one else to portray her.

This work made Alphonse Mucha the greatest poster designer of his time and people in France began to use the term “Mucha style” for his unmistakable images. The same period saw the creation of the “Mucha woman”. When he was invited to take part in the Paris Exposition Universelle of 1900, he was at the peak of his fame. His creations were plastered across all the walls and the Mucha style was chosen for all the major advertising campaigns. 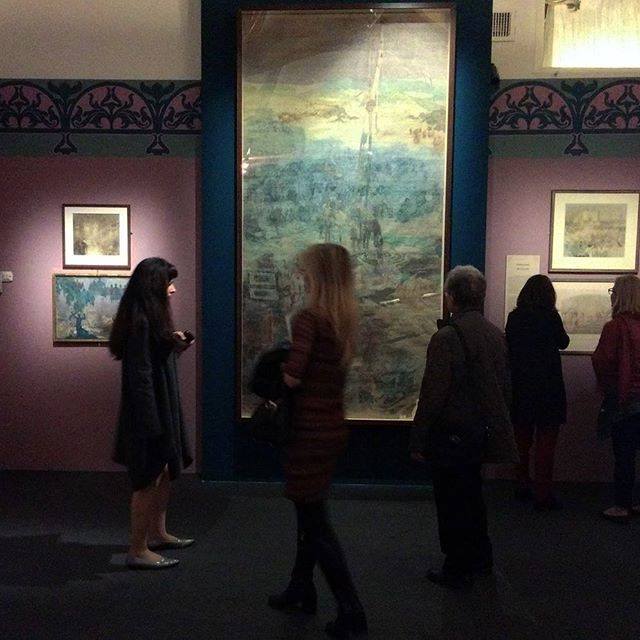 Featuring over 200 paintings, posters, drawings, decorative works and items of jewellery, “Alphonse Mucha” at the Vittoriano – Ala Brasini exhibition traces the artist’s entire creative trajectory with an abundance of detail and works through six thematic sections that present the different stylistic nuances and spheres of action: The Bohemian in Paris, The Creator of Images for the General Public, The Cosmopolitan, The Mystic, The Patriot and The Artist-Philosopher.

The exhibition ends with Mucha’s last project, the triptych of The Age of Reason, The Age of Wisdom and The Age of Love, conceived as a monument to mankind as a whole. Commenced in 1936, when the terrible threat of war was taking increasingly concrete shape, the work was intended to present reason, wisdom and love as the three key principles of humanity, whose harmonious combination would foster human progress. Even though Mucha was unable to complete the project, his studies for the triptych are still enough to convey his message of universal peace.

“Alphonse Mucha” exhibition is at the Vittoriano – Ala Brasini in Rome until September 11, 2016 (Curated by Tomoko Sato, curator of the Mucha Foundation). 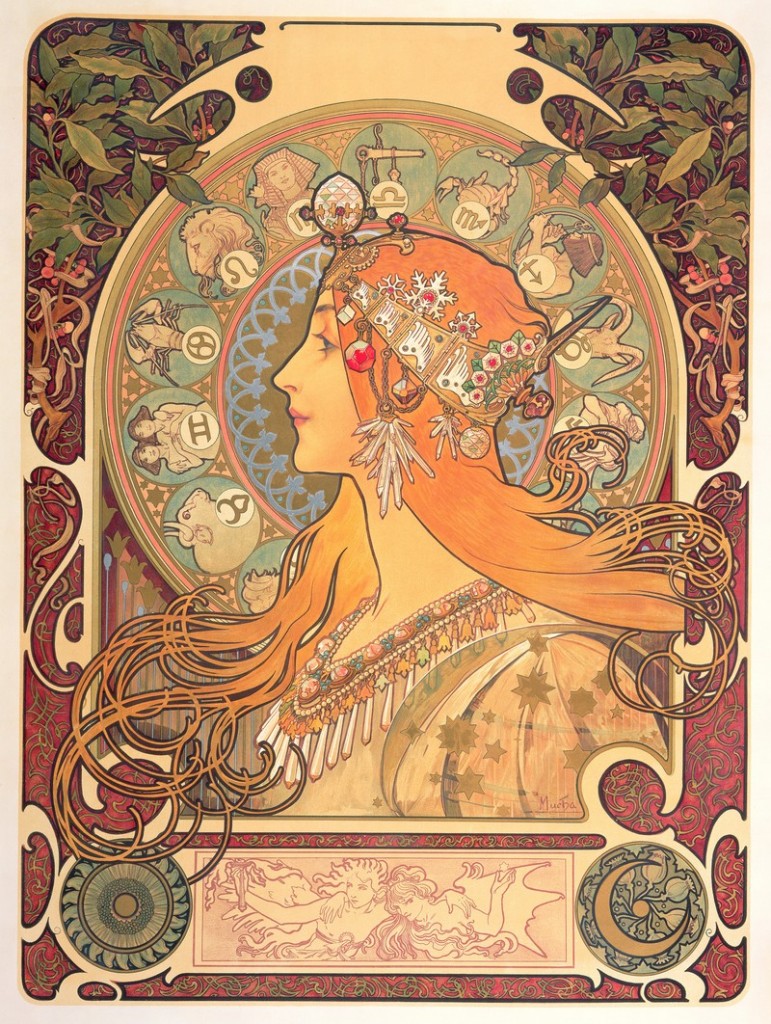 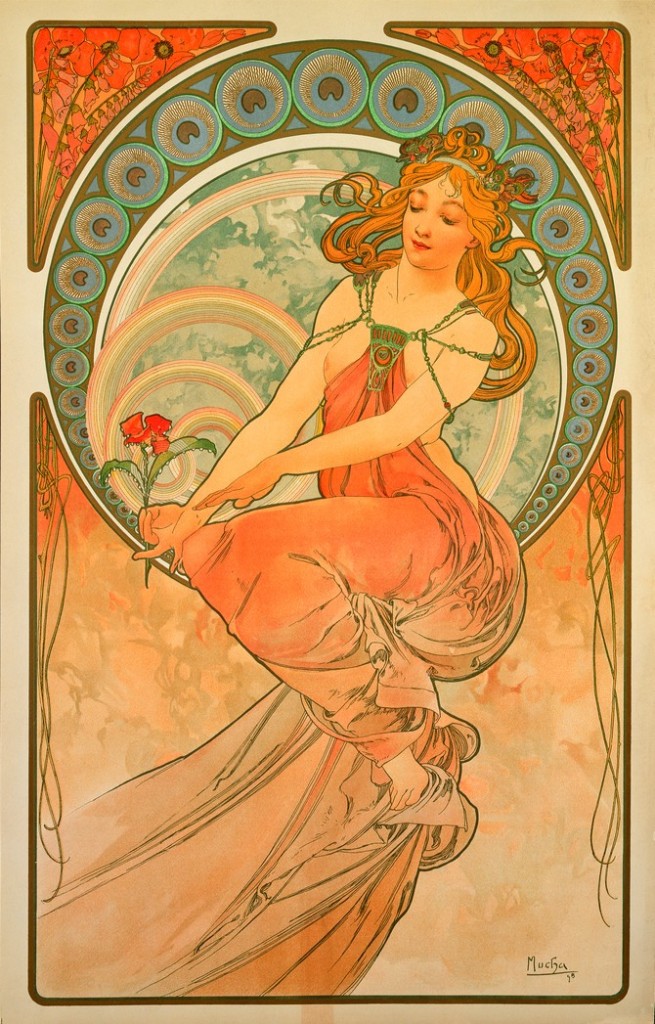 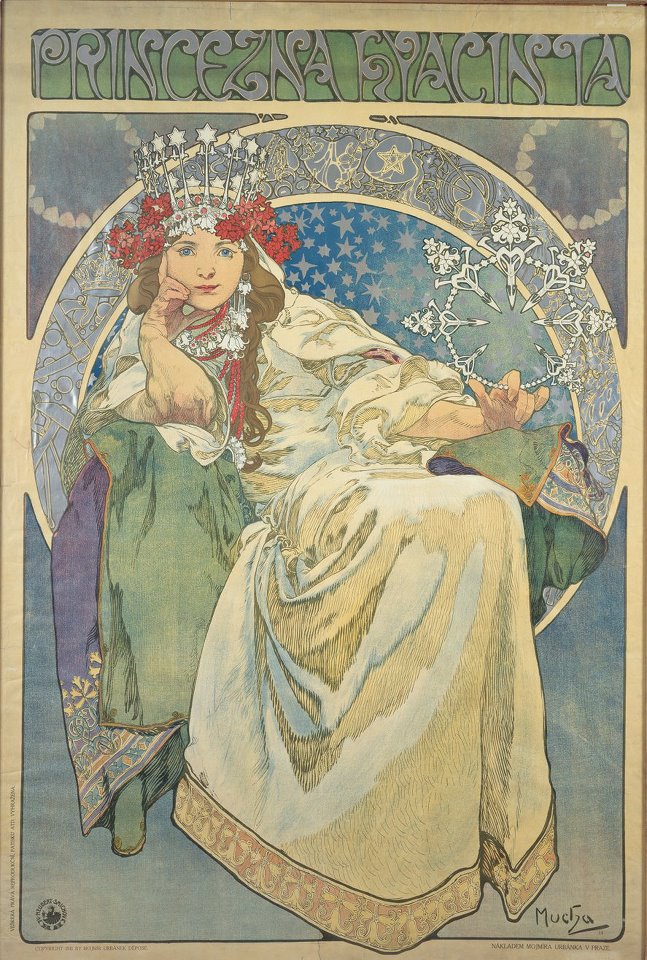 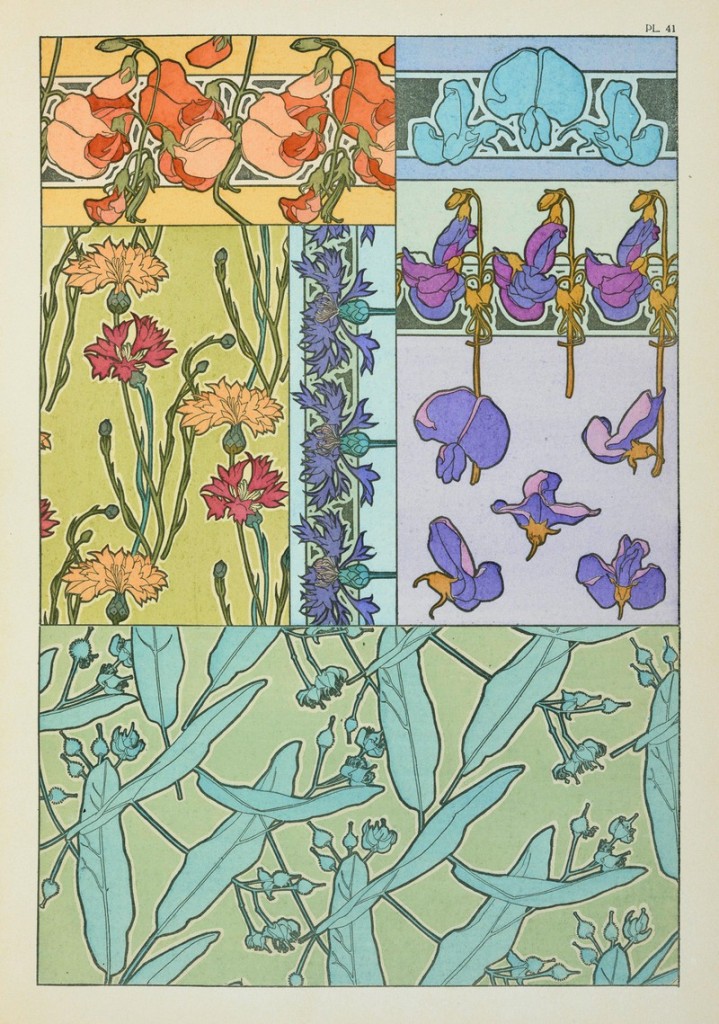 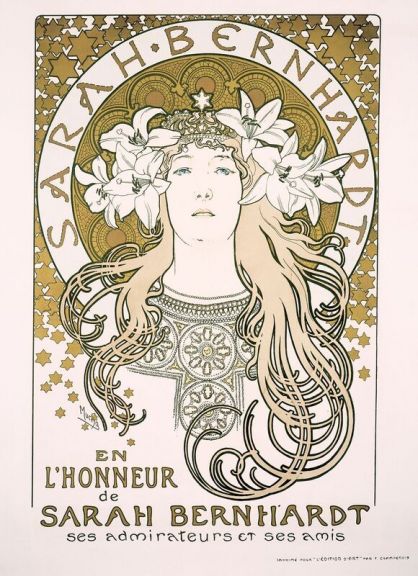 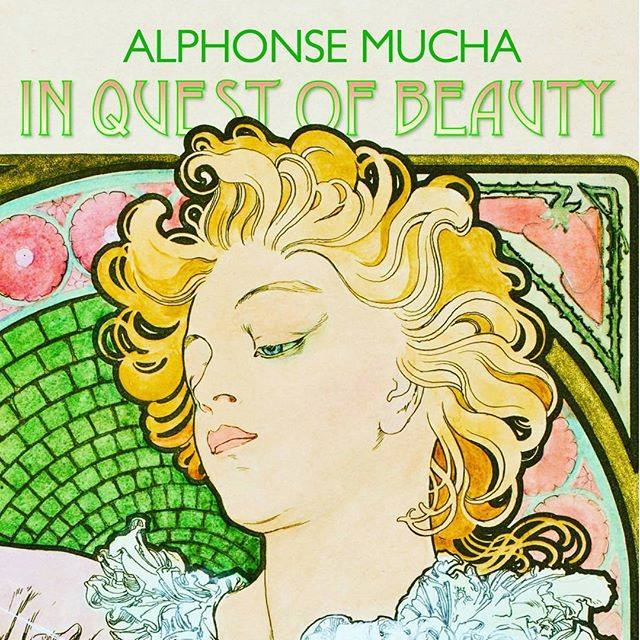 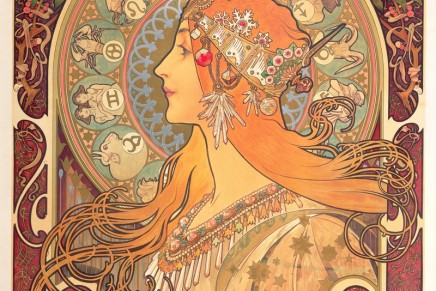 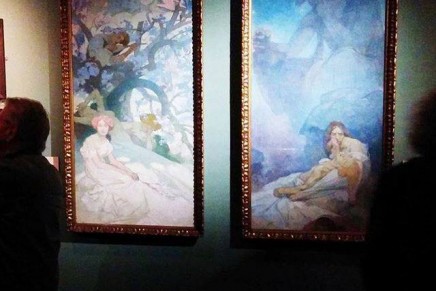 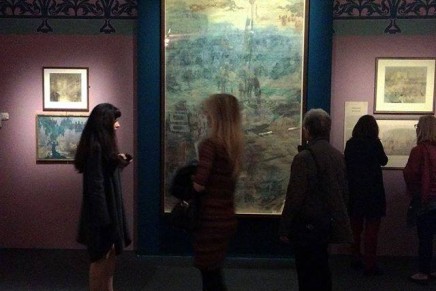 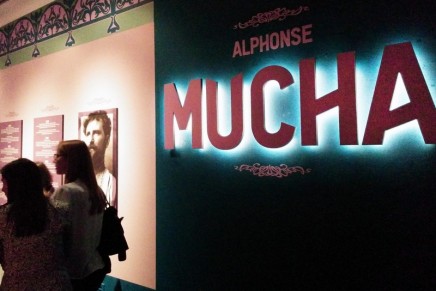 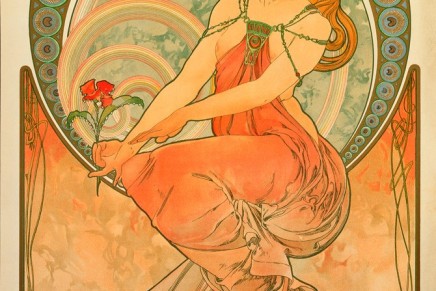 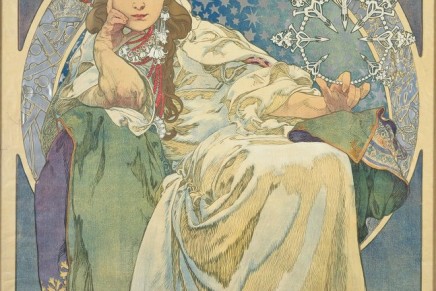 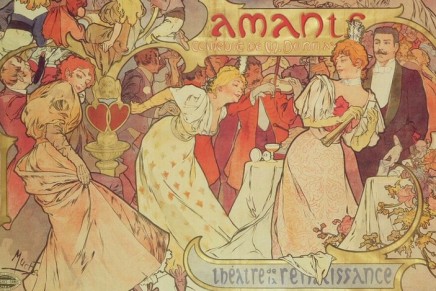 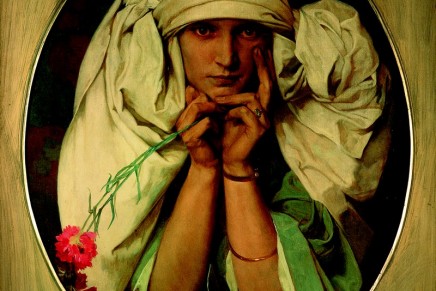 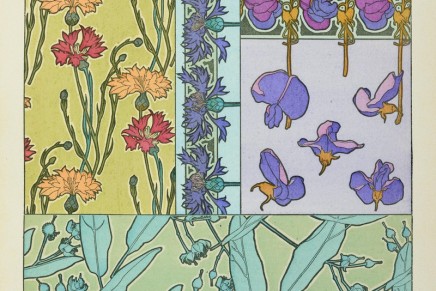 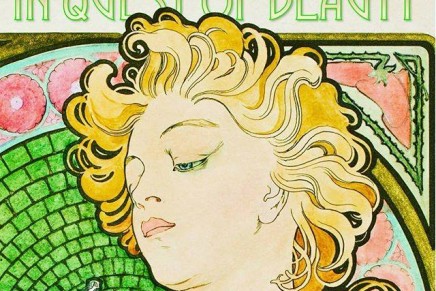