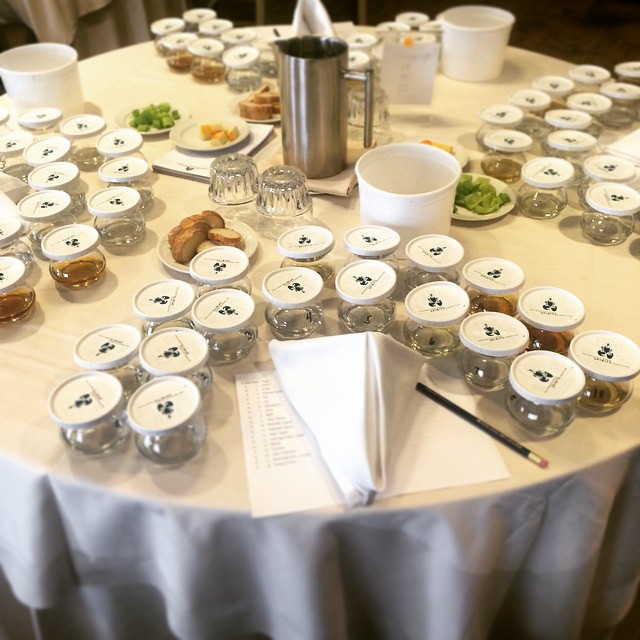 The San Francisco World Spirits Competition hosted its 15th annual competition at Hotel Nikko in downtown San Francisco. Continuing its tradition of record-breaking entries annually, this year the number of submissions totaled 1580 (up 7% from the year before) from 41 states, 66 countries covering 90 classifications. Many categories of spirits experienced a marked increase this year most notably Gin (nearly triple the entries in 3 years), Bourbon, Rye Whiskey and Single Malt Scotch.

Always a harbinger of trends in the marketplace, the competition is considered to be the rite of passage for top quality spirits as it has 41 of the world’s top professional palates serving as judges.

The competition has mirrored, and spurred, the spirits industry’s explosive growth over the last 15 years. The inaugural 2000 World Spirits Competition welcomed 12 judges and 292 entries in 59 categories.

“Over the last 15 years as we’ve witnessed this explosive growth in spirits, we also note that the further sub-categorization of aging and types of spirits is proliferating,” said competition director and spirits guru Anthony Dias Blue.

In addition to ace palates, glassware is as paramount to the high performance outcome of competition as the liquid it holds. For the first time in its 15-year run, the competition featured exclusively the NEAT glass. The new industry standard for spirits tasting, with a patented design, NEAT glasses are scientifically engineered with a compressed lip and flared rim to enhance the judging experience.