Maserati Wins The Peninsula Classics 2016 Best Of The Best Award 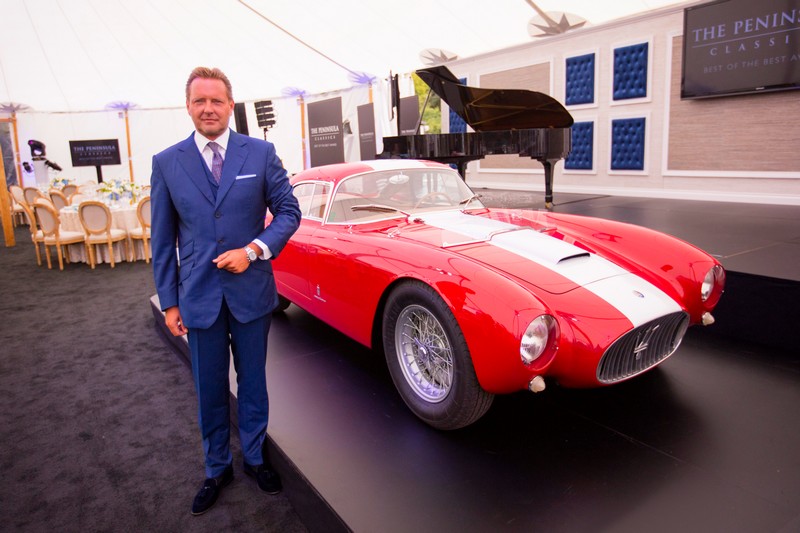 1954 Maserati A6GCS/53 Berlinetta by Pinin Farina from the Monaco-based Destriero Collection and winner of The Peninsula Classics Best of the Best Award, pictured with Mr. Timm Bergold, a representative of the Collection.

At a highly-anticipated private gathering during the famed Monterey Car Week, a 1954 Maserati A6GCS/53 Berlinetta by Pinin Farina, from the Monaco-based Destriero Collection, was named winner of the prestigious second-annual The Peninsula Classics Best of the Best Award.

Only four Berlinetta-bodied sports cars from Pinin Farina were ever produced, and this exquisite model is considered to be the best preserved, as it is the only one that retains its original chassis and body. Custom ordered by the Roman dealer of the marque, the sports car is based on the very successful 2-liter racing car developed by the Maserati brothers. Its uncompromising sporting style is highly representative of the coachbuilding artistry of the 1950s, helping it win Best in Show at last year’s Concorso d’Eleganza Villa d’Este. Originally debuted at the 1954 Paris Motor show, the automobile was first owned by Count Alberto Magi Diligenti of Italy, who entered the vehicle in a number of races, including the 1955 Mille Miglia.

Now in its second year, The Peninsula Classics Best of the Best Award brought together eight of the world’s finest race cars from the top international concours events to compete for the title of the most exceptional car in the world. The prestigious event is sponsored by The Peninsula Hotels, Graff Diamonds, and Rolex.

The Hon. Sir Michael Kadoorie, Chairman of The Hongkong and Shanghai Hotels, Limited, parent company of The Peninsula Hotels, together with award co-founders Christian Philippsen, William E. “Chip” Connor II and Bruce Meyer, created the award that debuted in 2016. Philippsen is regarded as one of the world’s most prominent classic automobile authorities, while Connor leads the world of international vintage car collecting as well as being a passionate amateur race car driver, and Meyer is a founding chairman of the Petersen Automotive Museum.

“The 1954 Maserati A6GCS/53 Berlinetta is a superb example of the beauty of Pinin Farina’s designs, which are synonymous with the coachwork that epitomizes classic Italian sports cars. The sensitive retention of its originality allows this stunning motorcar to emerge as the most elegant preservation among its 1954 counterparts,” said Sir Michael Kadoorie. “We are thrilled to award this exceptional vehicle with the second annual The Peninsula Classics Best of the Best Award.”

In addition to displays at the Pebble Beach Concours d’Elegance Concept Lawn and at The Quail, A Motorsports Gathering, Maserati will also highlight their full line-up with vehicle test-drives from Villa Maserati, a pop-up installation at Seventh and Dolores in Carmel-by-the- Sea, Calif. Vehicles available at Villa Maserati will be the Levante SUV, flagship Quattroporte, sport sedan Ghibli and the new MY18 GranTurismo coupe and convertible. Villa Maserati is now open to the public from 9:00 a.m. to 6:00 p.m. daily through Sunday, 20 August. 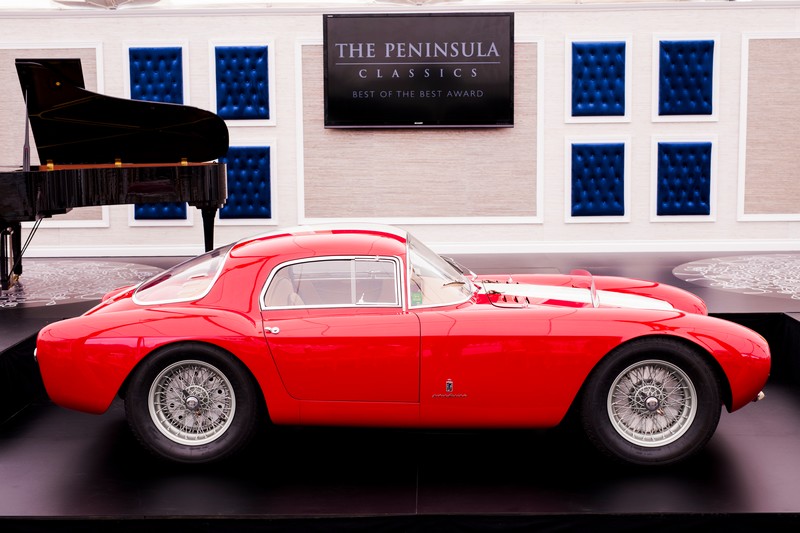 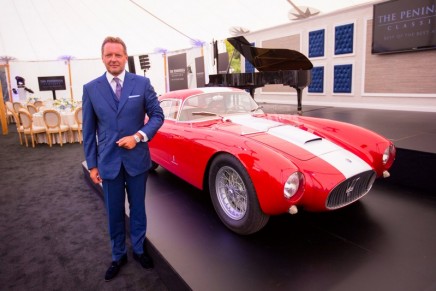 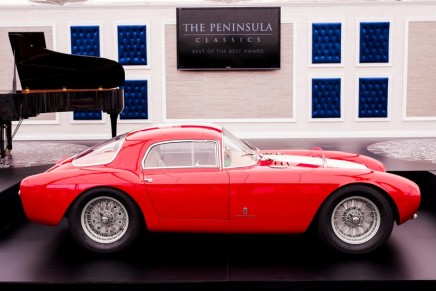