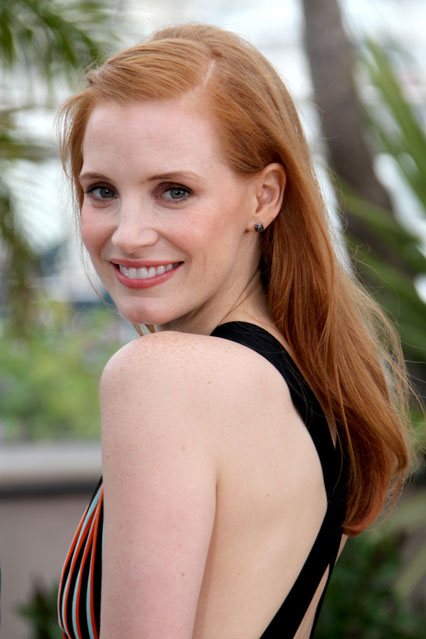 Named after YSL’s seasonal publication, the new Manifesto perfume has a new Oscar-nominated face. Jessica Chastain (The Help, The Tree of Life) follows in the footsteps of Emily Blunt and supermodel Kate Moss as an ambassadress for the luxury house.

The new Manifesto perfume will be available at the end of August in France, followed by a wider release in September. Jasmine, lily of the
valley, blackcurrant, cedar, sandalwood, vanilla and Tonka bean are the highlights of the new fragrance.

“Yves Saint Laurent is a brand that inspires me deeply. Since its creation, the brand has conveyed strong values that I cherish, such as
unwavering commitment, absolute love and feminine audacity,” said Jessica Chastain. “This new fragrance is the emblem of it all. I am
thrilled to be a part of this beautiful adventure.”

“Jessica embodies the quintessence of Saint Laurent’s femininity, a woman of her day and age, independent, determined, never where you
expect her to be,” Stephan Bezy, general manager of Yves Saint Laurent Beauté at L’Oréal, explained.

Actress Isabella Rossellini had a similarly named perfume launched in 2000.