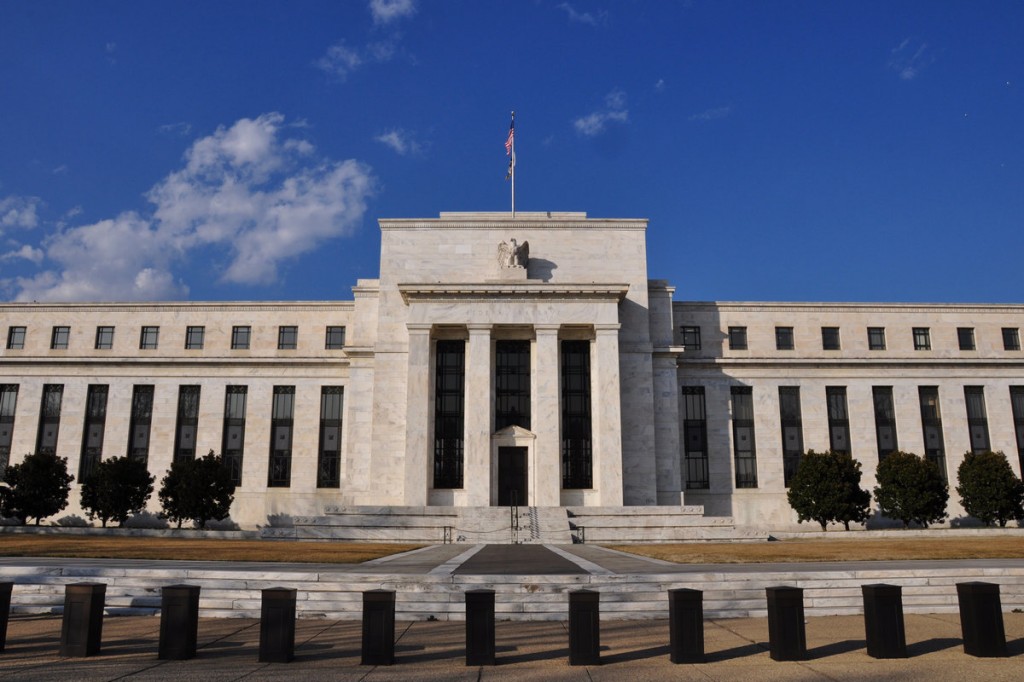 This article titled “Your ultimate guide to the Federal Reserve” was written by Heidi Moore, for theguardian.com on Thursday 14th November 2013 16.23 UTC

Just to warn you, I don’t really want to know anything about the Fed.

Whew. So, we have a lot to catch up on, because I’ve been ignoring this forever. What did I miss?

Well, Thursday, Janet Yellen is going to face the Senate banking committee. President Obama nominated her last month as the new chairman of the Federal Reserve to replace Ben Bernanke, and she’ll be the first woman to ever head the Fed. Yellen has been the vice-chair of the Fed, and she has mostly had the same opinions and views as Bernanke does, so her tenure at the Fed probably won’t bring any surprises – and neither will this hearing.

The banking committee will decide whether it will recommend her as the new chairman of the Federal Reserve. This is her prepared testimony, where she says that the economy still needs to improve. They’ll ask her tough questions. If they are satisfied with her answers, they’ll send her to the full Senate for a vote.

Exciting! I have an embarrassing question, though. What does the Fed … do, exactly? Something with money, I know.

Lots of things with money! The Fed is like the overseer of the US money factory. It makes sure the financial system is running smoothly, with no crunching gears or work stoppages.

The Fed has two major jobs, or mandates: to create full employment, and control inflation. It generally has one way to do this: it controls interest rates. Our entire financial system is based on borrowing – by people, by banks, by companies – so by controlling interest rates the Fed exerts a lot of influence. In fact, every time you pay your credit card or put money in the savings bank, you are under the invisible thumb of the Fed. The Fed also regulates major banks, and lends money to them when they need it.

It’s the Fed’s job to get the US to full employment? Using only interest rates? How on earth will interest rates get people hired?

Yeah, that’s not working so well. You can tell by the 11 million people who are unemployed – four million of them for six months or more – and the rising number of people who are dropping out of the workforce. Only about 62% of the country is working, which is the lowest level since March 1978. Then there the 42 million on food stamps, which is a kind of collateral damage from unemployment.

What’s the theory though?

The theory is that if the Fed keeps interest rates low, it can encourage people to borrow and spend money and banks to lend more. It increases consumption, which is part of how we measure the economy’s growth.

So my Christmas shopping is an economic duty to the US! I am a shopping patriot! Be right back, I saw some nice jeans at the mall.

Not so fast. Yes, we need consumption to get the economy moving, but if you spend more than you have, you’re not helping anyone and certainly not helping yourself.

But if I keep that money in the bank, it get no interest. Why not use it?

Exactly. Now you’re talking like a central banker! That’s what the Fed wants when it lowers interest rates.

So why should I thwart the Fed? Our interests are aligned! They want me to shop using my credit cards, and I want that too. What are you, some kind of Communist?

No, it’s only that there’s a limited benefit to all that spending. For one thing, if you don’t pay off your bills, your credit will suffer and you’ll find it harder to buy a house or car. And it’s those big-ticket items – houses, cars – that really move the economy more. Also, the Fed looks at things besides consumption to judge the economy. It looks at housing, and household debt, and employment, and something called “household formation”, which is how many people are getting married and creating larger economic units.

Also, it’s terrible for older people if they don’t have savings or if their bonds aren’t paying good returns, which is what happens when interest rates are low. The Economist estimates that households globally have lost 0bn globally since the Fed started an aggressive stimulus to keep interest rates low.

Just for the record, I am more than an economic unit, okay? So how does the Fed keep interest rates low? And is this low-interest plan from the Fed working?

What! Banks pay almost nothing to borrow from each other? So why am I not paying the lowest possible interest rate?

Because life is not fair. Also, because banks assume they have the best credit possible. They borrow every day. Their businesses depend on it. You don’t have the same credit reliability or amount of money as a bank.

Still not fair, though.

Elizabeth Warren agrees with you, but that’s a discussion for another day.

So how else does the Fed keep interest rates low?

Well, for the past few years the Fed has created a stimulus program called “quantitative easing”, or QE. It’s controversial because it makes the Fed a player in the markets – a worker bee – rather than just an overseer.

What is QE all about? Be warned, this is the stuff that gives me a headache.

It’s actually really easy to understand. It’s just the Fed buying bonds – specifically, mortgage bonds and Treasury bonds – from the market so that banks and investors go buy other things. Remember after the financial crisis, when banks were weighed down with bad mortgages and bad mortgage bonds?

Well, the banks said they weren’t lending because they had all those bad mortgages weighing them down. So the Fed started buying mortgage bonds from the banks. That was the first step of QE, known as QE1. Then the Fed started buying Treasury bonds, which lowered interest rates even more. Now the Fed is buying bn of bonds a month, and it’s been going on for so long that wags are calling it QEinfinity. People think the Fed has to stop eventually, which is called the “taper”.

When will the Fed stop buying these bonds?

When the economy is good.

No. As Yellen pointed out, the economy has a long way to go. In her opening statement, she said, “Unemployment is down from a peak of 10%, but at 7.3% in October, it is still too high, reflecting a labor market and economy performing far short of their potential. At the same time, inflation has been running below the Federal Reserve’s goal of 2% and is expected to continue to do so for some time.”

So, more stimulus then! Will we know when tapering is coming?

Probably. The Fed has been a wild and crazy place since 2007. Before that, the Fed was known as a haven of bespectacled economists, who would debate the economy invisibly and stay out of the stock and bond markets for the most part. The chairmen were known to be men who believed the market could heal itself and enjoyed being mysterious and obscure, like Alan Greenspan, because they believed that was the best way not to be misunderstood. Greenspan is famous for a line that went something like, “if you understood what I said, I must have misspoken.”

Being closed and enigmatic is the best way not to be misunderstood? I don’t get it. Everyone knows that misinformation and gossip rushes in to fill an informational void.

Think of The Godfather.

Oh, I get it. Silence as a gaudy show of exclusive and immense power.

Exactly. The Fed isn’t like that anymore, though. It’s pretty chatty. Bernanke has been all about transparency: press conferences, public statements and speeches, allowing people to see how the members of the Federal Open Market Committee vote and exposing the Fed’s internal debates to all eyes.

Man, that sounds like a lot of work. Whose idea was that?

Well, actually, it was mostly Janet Yellen’s. She has been the vice-chair of the Fed and she seemed to believe that the better the Fed communicated, and the more specifically it said things, the less panic and confusion there would be.

So since the Fed is so chatty, do we know if Yellen believes in this stimulus?

Oh, I forgot to ask. Why is Bernanke giving up this wonderland of economic influence? I’d grip power to my cold, dead hands.

His five-year term is over in January and he’s also so, so over it.

Ben Bernanke is over being Fed chairman?

We’re just guessing, but President Obama said in June that Bernanke stayed in the job “a lot longer than he wanted,” which is a nice way of saying he’s been chafing to go. Bernanke has also had a pretty eventful and exhausting tenure. In 2007, when the mortgage market was crashing, he started injecting money into the financial system so that it wouldn’t freeze up. In 2008, the entire financial system nearly collapsed and the Fed was in the center of all the bailouts. And since then, he’s run this innovative and controversial program of “quantitative easing,” which means the Fed is buying bn of bonds a month. Also, he keeps saying that Congress needs to do its part to fix the economy, but no one in Congress seems to be listening, so the entire country has spent the past four years waiting for Super Ben to fix everything.

How can the Fed chairman fix everything in the economy?

He (or she) can’t. The Fed’s only tools are really interest rates and now, bond-buying.