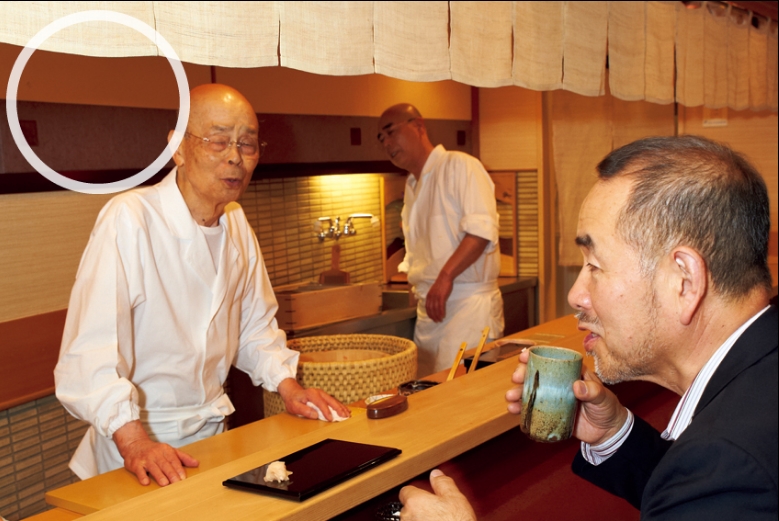 This article titled “‘World’s best sushi restaurant’ stripped of its three Michelin stars” was written by Justin McCurry in Tokyo, for The Guardian on Tuesday 26th November 2019 12.06 UTC

The ‘world’s best sushi restaurant’ has been stripped of its three Michelin stars.

But the decision, which was announced in Tokyo on Tuesday, has nothing to do with the quality of the restaurant’s tuna belly or the consistency of its vinegared rice. It is because it is no longer open to the public.

“We recognise Sukiyabashi Jiro does not accept reservations from the general public, which makes it out of our scope,” a spokeswoman for the Michelin Guide, said as it unveiled its latest Tokyo edition.

She added: “It was not true to say the restaurant lost stars but it is not subject to coverage in our guide. Michelin’s policy is to introduce restaurants where everybody can go to eat.”

Sushi Saito in Tokyo, which was awarded three stars in the 2019 guide, was removed from the latest edition for the same reason.

Jiro, a famously exclusive restaurant where Barack Obama dined with the Japanese prime minister, Shinzo Abe, in 2014, had received three Michelin stars every year since the culinary guide’s first Tokyo edition in 2007, and was the subject of the 2011 documentary Jiro Dreams of Sushi.

Its owner, Jiro Ono, is still serving sushi into his 90s with the help of his eldest son, Yoshikazu. His younger son runs a branch of the restaurant that is open to the public and has retained its two stars.

The fabled main restaurant, which is often known simply as Sushi Jiro, opened in the upmarket Ginza district in 1965 and has a guest list that includes the French chef Joël Robuchon, the actor Hugh Jackman and the singer Katy Perry.

Demand means it has never been easy to make a reservation, but now diners willing to part with at least 40,000 yen (£285) for the chef’s selection must be regulars, have special connections or book through the concierge of a luxury hotel.

Jiro’s website said it was “currently experiencing difficulties in accepting reservations” and apologised for “any inconvenience to our valued customers”.

It added: “Unfortunately, as our restaurant can only seat up to 10 guests at a time, this situation is likely to continue.”

It isn’t the first time the Ono sushi dynasty has ruffled feathers. Yoshikazu Ono once said that women make inferior sushi chefs because their menstrual cycle affects their sense of taste – a claim that has been dismissed by Japan’s female sushi chefs.

Jiro is a far cry from cheap kaiten conveyer belt sushi restaurants that have become established parts of the dining scene in cities such as London as part of the global popularity of Japanese food.

Obama reportedly said the sushi he ate with Abe was “the best I’ve ever had” and was particularly fond of the chutoro, a fatty, expensive, cut of tuna. But his appetite was apparently no match for the 20-piece menu selected by the chef, with reports at the time claiming that he stopped eating with half the course yet to come.

Michelin’s 2020 guide reinforces Tokyo’s status as arguably the world’s culinary capital, with 226 starred restaurants, more than any other city. Eleven restaurants have been awarded three-star ratings, three of them for the 13th year in a row, it said on its website.

“Taking full advantage of its position as a centre for high-quality food, and highly skilled domestic and international chefs who prepare it, Tokyo is likely to continue to lead the world as a city of gastronomy,” the chief executive of Nihon Michelin Tire, Paul Perriniaux, said in a statement.

While the overwhelming majority of sushi chefs are men, Perriniaux noted that the number of featured Tokyo restaurants with female chefs was rising every year, with 25 establishments in the 2020 guide led by women, including three with Michelin star status.