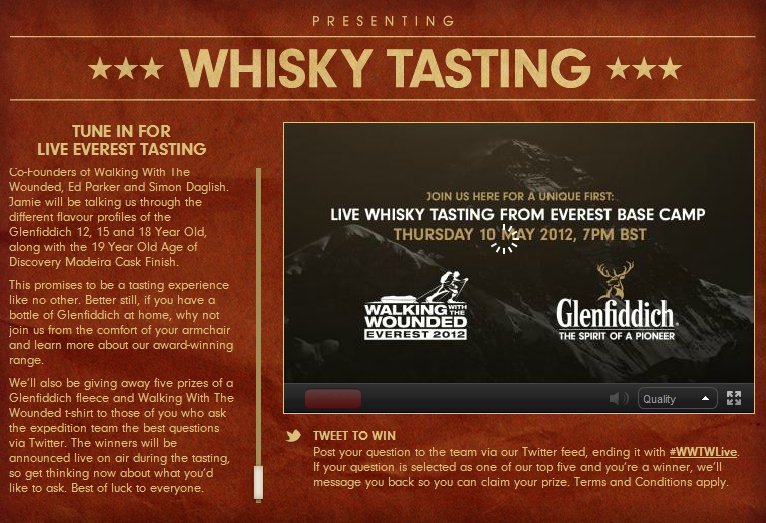 To salute those who demonstrate true Pioneering Spirit and to support the Walking With The Wounded Everest team, whisky distillery Glenfiddich organizes on 10th May a whisky tasting at the top of Mount Everest.

The fundraising event that put five wounded servicemen on Everest will be livestreamed from the the Everest Base Camp at 5,364 meters. You can ask questions via Twitter using the hashtag #WWTWLive.

Walking With The Wounded was established in 2010 to raise funds to support and retrain the wounded servicemen and women. For most, leaving the Armed Forces was not something they ever envisaged before their injuries, and when they return home they face a very different future to the one they had planned, with challenges they never imagined.

For these brave young men and women, their security will be under-pinned by finding employment. They have already proven their ability to learn and adapt to new situations, but many of them do not have the necessary skills or confidence to find a job in the civilian world. Walking With The Wounded funds training and education to help them find a career, so that they can support themselves and re -build a life in the civilian work place. 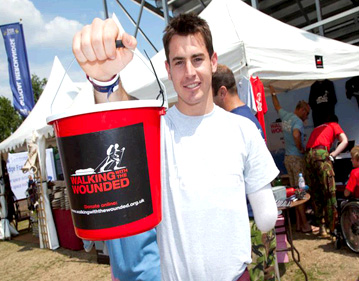