According to findings from a study released by Digital Luxury Group,  the United States is the most important market for the shoes industry right now. Individuals from the country make up more than 40 percent of the searches. Following is Britain with 17 percent, France at 9.6 percent, Italy at 8.3 percent, Germany at 7.9 percent, Brazil at 5.7 percent and Japan at 2.9 percent of searches. 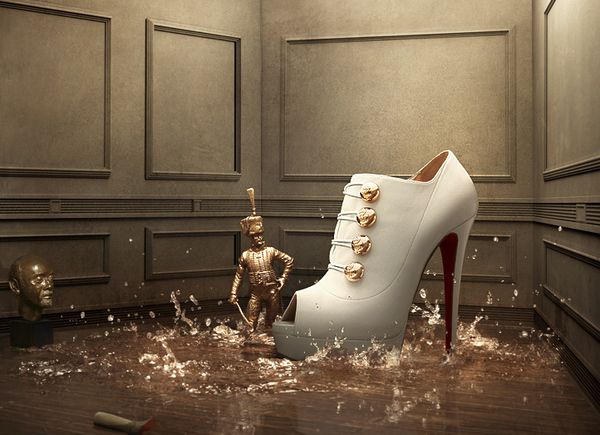 Digital Luxury Group split 57 luxury brands into three categories: maison, brands whose footwear revenue does not make up more than 50 percent of total sales; shoe heritage, brands whose original focus was on shoes, even if they have since expanded; and new players, brands that were created after 2000.

“When consumers buy luxury footwear, they buy more than shoes,” said Marc-Olivier Peyer, head of marketing at the Digital Luxury Group, Geneva, Switzerland. “They buy the image, the emotion and the status linked to the brand they have chosen.”

The remaining brands including Balenciaga, Bottega Veneta, Marc Jacobs, Stella McCartney and Valentino had a combined percentage of 21.4.

Other brands including Hogan, Giuseppe Zanotti, Fratelli Rosetti and Stuart Weitzman combined with a percentage of 14.14 percent.

Brands such as Louboutin and Jimmy Choo have made a name for themselves on social media. In fact, the two labels’ combined communities on Facebook are still four times larger than the rest of the shoe heritage brands combined.