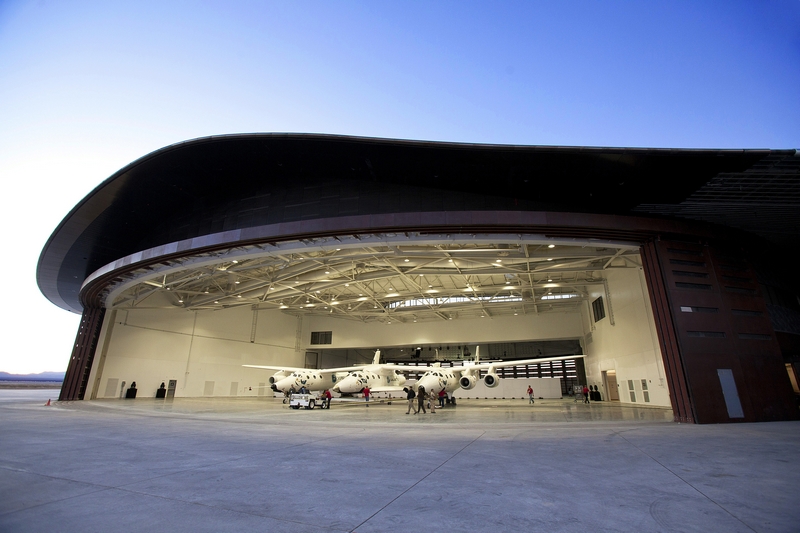 Virgin Galactic Opens the Doors to the ‘Gateway to Space’ 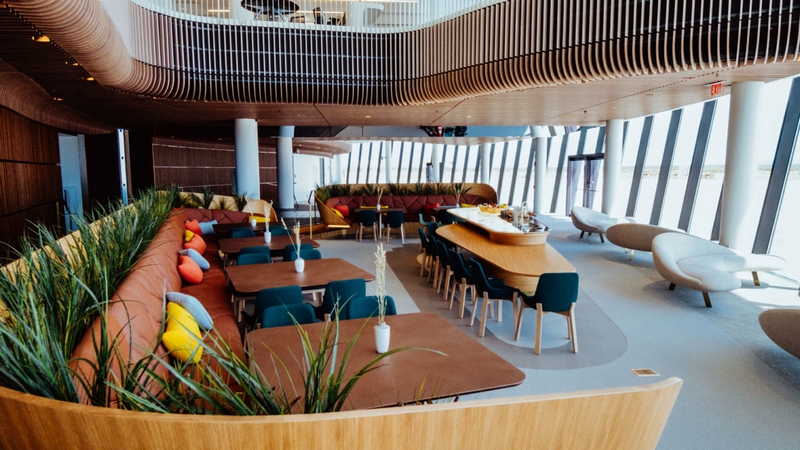 Virgin Galactic revealed the first look at the interior fit-out of its Gateway to Space building at Spaceport America in New Mexico. The work completed showcased two floors of the building primarily focused on spaceflight operations, which also incorporates communal spaces designed for use in the future by Virgin Galactic customers. Completion of this interior work means the spaceport facility is now operationally functional and able to support Virgin Galactic’s flight requirements.

The unveiling of Gaia and Cirrus brings to life a beautiful, world-first and world-class facility and means that Spaceport America’s Gateway to Space is now functionally operational – ready to host the remaining portion of Virgin Galactic’s test flight program before welcoming its very first Future Astronauts.

One of the hallmarks of the Virgin brand for over nearly half a century has been the use of inspired and bold design to transform customer experiences. It is an ethos that has been successfully applied across industrial sectors and design disciplines. From aircraft cabins to hotel bedrooms and from fitness classes to bank accounts.

Virgin Galactic has striven to remain faithful to that tradition by choosing an elegant, experience-focused concept for the space launch system itself. Similarly, the company’s choice to operate from Spaceport America in New Mexico was due in no small part to the state’s decision to commission landmark architecture for the world’s first purpose-built commercial
spaceport. 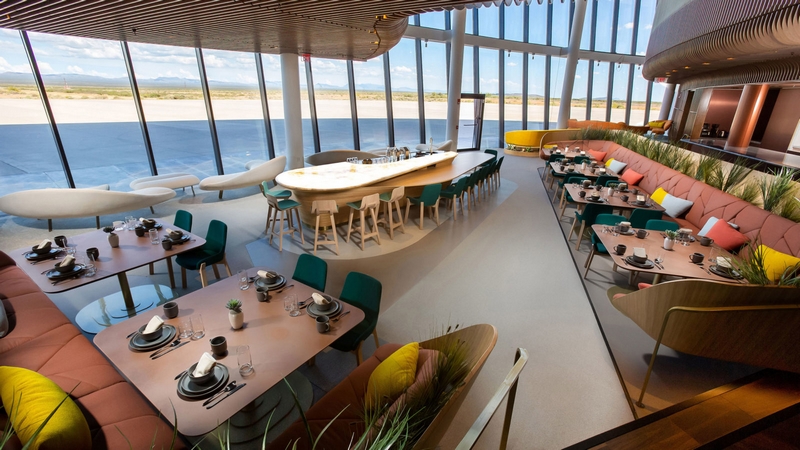 The Foster + Partners Gateway to Space facility pays homage to the past in its respect for the ancient surrounding landscape.

The first floor is focused on our home planet, and is named Gaia, representing the point of departure and return, as well as the purpose of each astronaut’s journey. The color palettes and the use of natural materials aims to bring the stunning landscape which surrounds Spaceport inside. The floor design, furniture and fittings promote social interaction and human discourse – a sense of togetherness and unity.

Gaia is zoned into practical, formal and informal spaces which will host the space operations team, Future Astronauts and their family and friends. It serves as the social hub of the building, where everyone is part of the Virgin Galactic family; Future Astronauts will share breakfast with spaceship pilots, grab coffee with rocket engineers and pass the time of day with the team from Mission Control.

The focal point of Gaia is the Barista Island, a central bar made of back-lit Italian marble hovering above hand-crafted oak providing a social hub for our hospitality team to engage with guests and staff. Spaceflight preparation will unite our teams with our Future Astronauts in the pursuit of a common purpose. 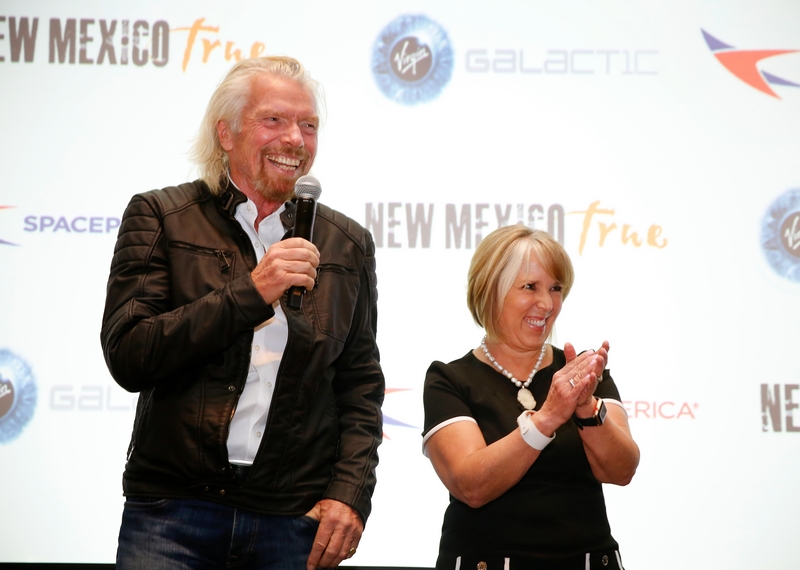 The second floor is named Cirrus, representing light, air and flight. It is the beating heart of spaceflight operations and is connected to the community hub of Gaia below through a double-height atrium. The color palette graduates from the earthy tones below in Gaia to lighter white and grey shades, reflecting the skies beyond and providing a clean environment supporting operational focus.

This area is home to Mission Control, the Mission Briefing Room, the Pilot Corps and the rest of the Flight Operations team. Mission Control enjoys a dedicated space which allows focus on flight operations. Outside this space, the Flight Operations team and the pilots are positioned to give an unrestricted view of ground operation areas including the apron and runway.

Virgin Galactic’s space fleet will be housed in the Gateway to Space hangar which is already home to VMS Eve. This huge expanse in the middle of the building is large enough to accommodate two carrier aircraft, each with a wingspan of 140 ft along with five SpaceShipTwo vehicles. 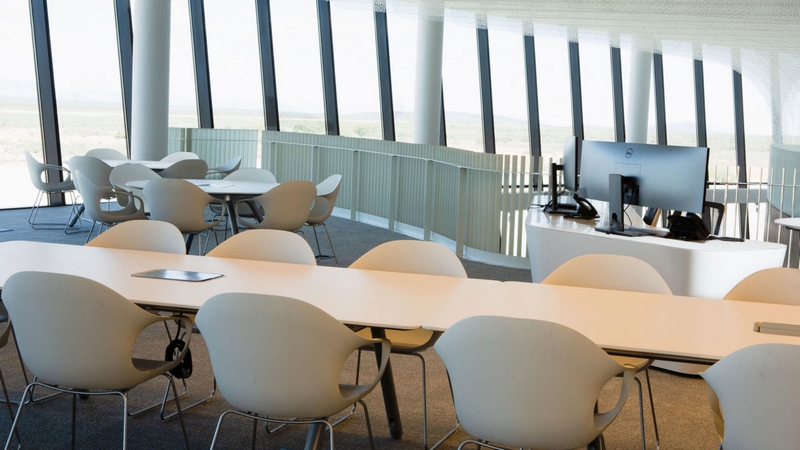 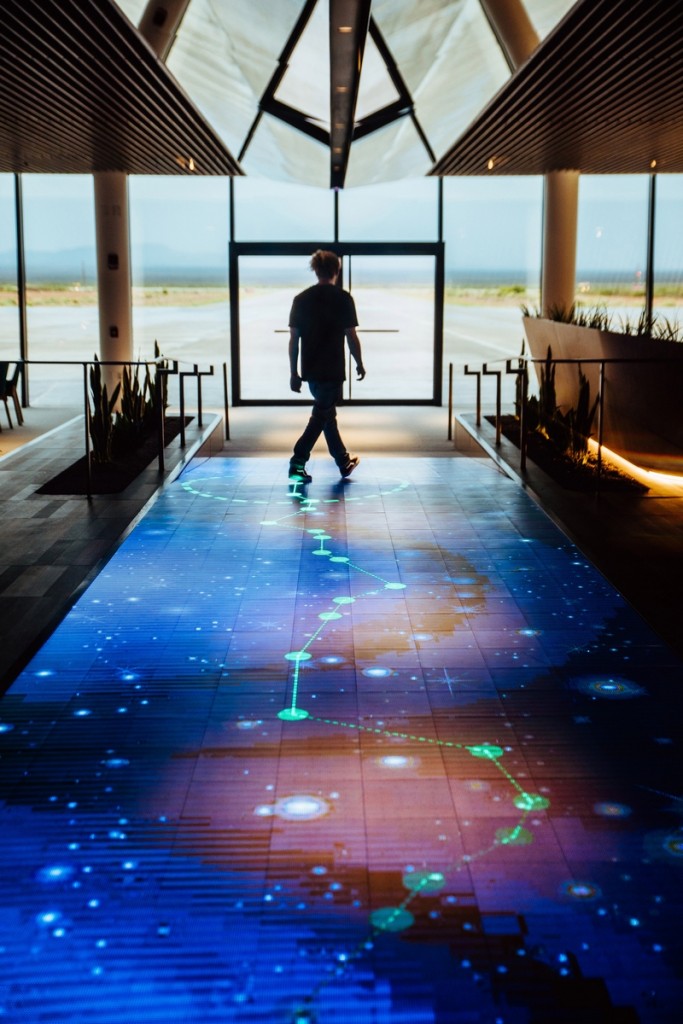 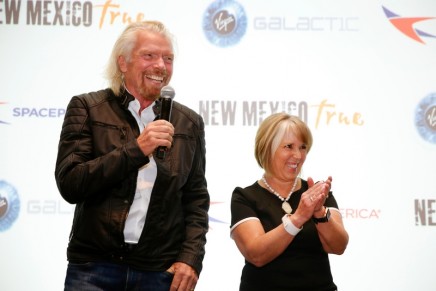 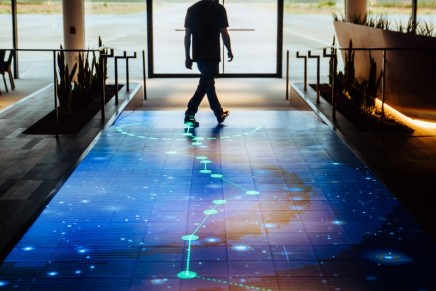 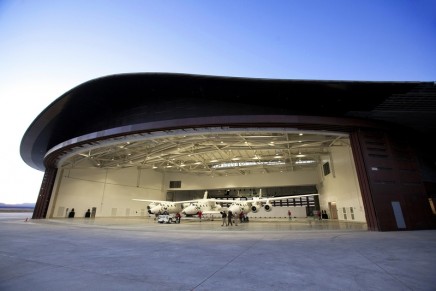 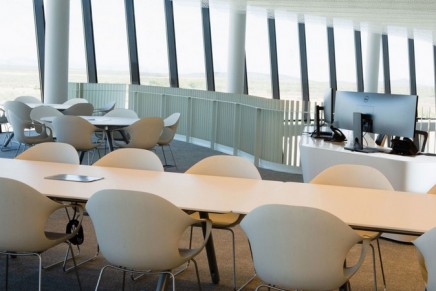 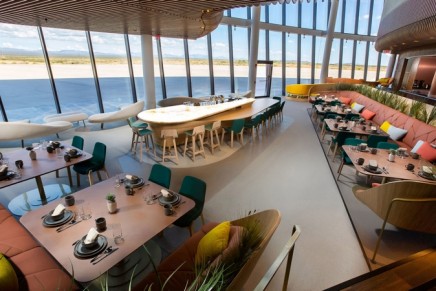