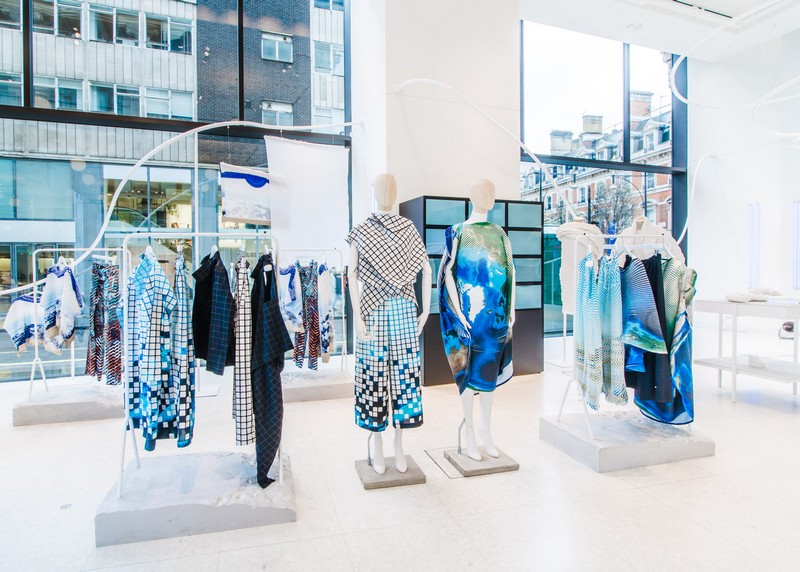 For one week only at the Selfridges Corner Shop, Issey Miyake, the Japanese fashion designer known for his technology-driven clothing designs, exhibitions and fragrances, invited visitors to explore the inspiration behind its latest Spring Summer 2018 collection along with a retrospective of the iconic Steam Stretch Fabric, a technique starting with a single piece of cloth in which creases have been incorporated in advance using heat-reactive thread. Drawing on memories of Icelandic landscapes as experienced by the Issey Miyake design team, this exclusive residency lies in
conjunction with Selfridges’ creative campaign, The Anatomy Of Luxury.

This Issey Miyake Spring Summer 2018 collection pays homage to the harsh and raw terrain of Iceland that features great clefts, igneous rock covered in moss that gleams in the rays of sun, and crystal-clear glaciers stretching far. The pop up was designed alongside archive pieces showing the evolution of the iconic Steam Stretch fabric as well as Issey Miyake homeware, eyewear and accessories. This season the classic Bao Bao handbag reflects the distinct Icelandic environment with earthy hues and a graphic design.

‘‘BAO BAO responds to the space and environment that surround it, while taking on a variety of shapes and expressions. Those instances are captured and expressed here in ultra slow-­motion,” explains the Japanese fashion brand. 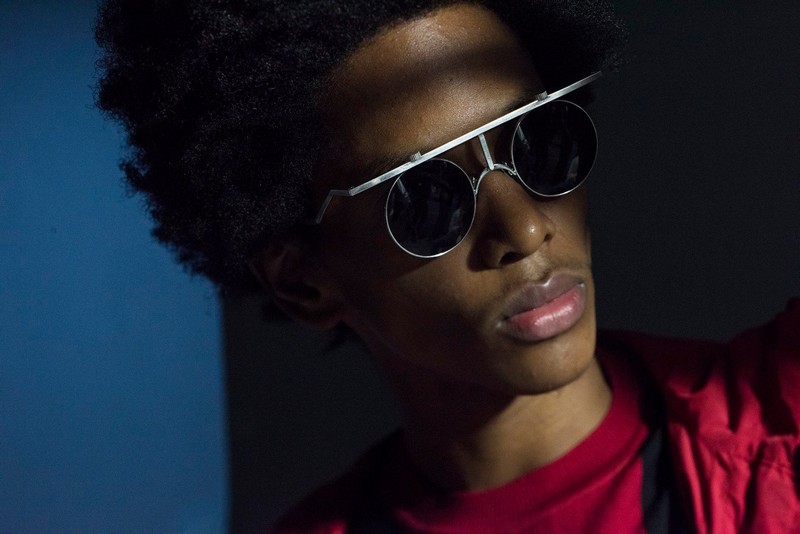 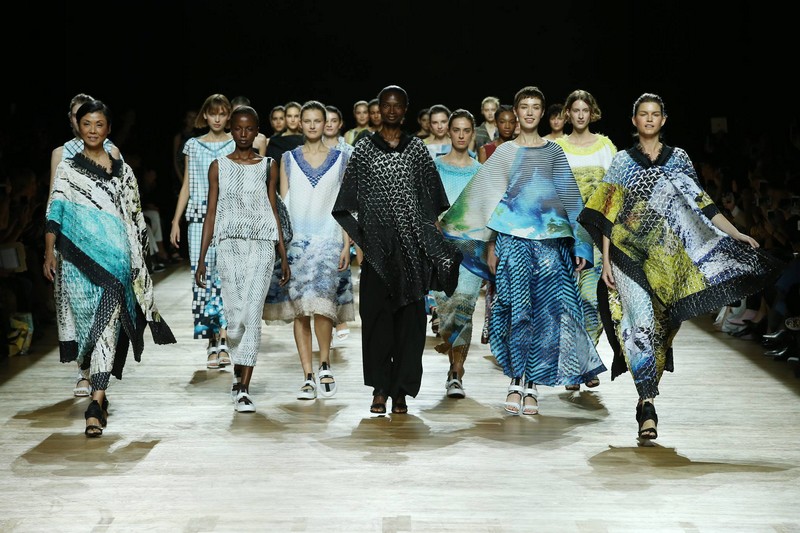 The new collection includes a special Re-edition Model: IM-101, a reedition of the iconic IM-101 sunglasses released in 1985.

Shrunk into a three-dimensional form, this season’s Steam Stretch fabric is flattened out in the printing process, creating a new, softer expression. Hints of the base fabric color overflow from the shadow of the folds, creating a beautiful visual effect. In addition to this, the Baked Stretch continues to evolve this season, becoming ever softer. Images of the Icelandic landscapes are echoed from within the uneven pleats. The graphic cube designs and unique silhouettes lend to Issey Miyake’s core aesthetic.

By the simple application of steam to the cloth, the fabric that is at first flat, instantly transforms to take on a three-dimensional form with countless surfaces, following the contours of the designed creases. Using stretchable thread, both vertically and horizontally, in the weave, it enables the fabric to be stretched or shrunk in any direction. 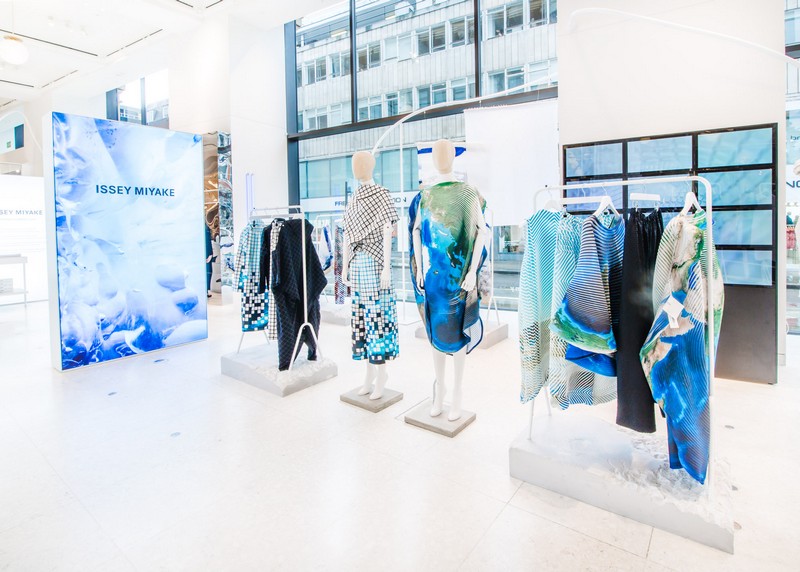 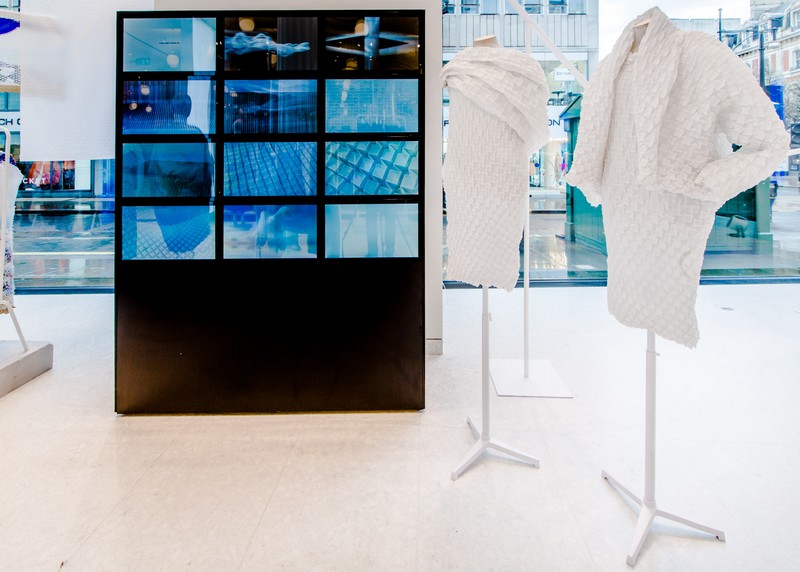 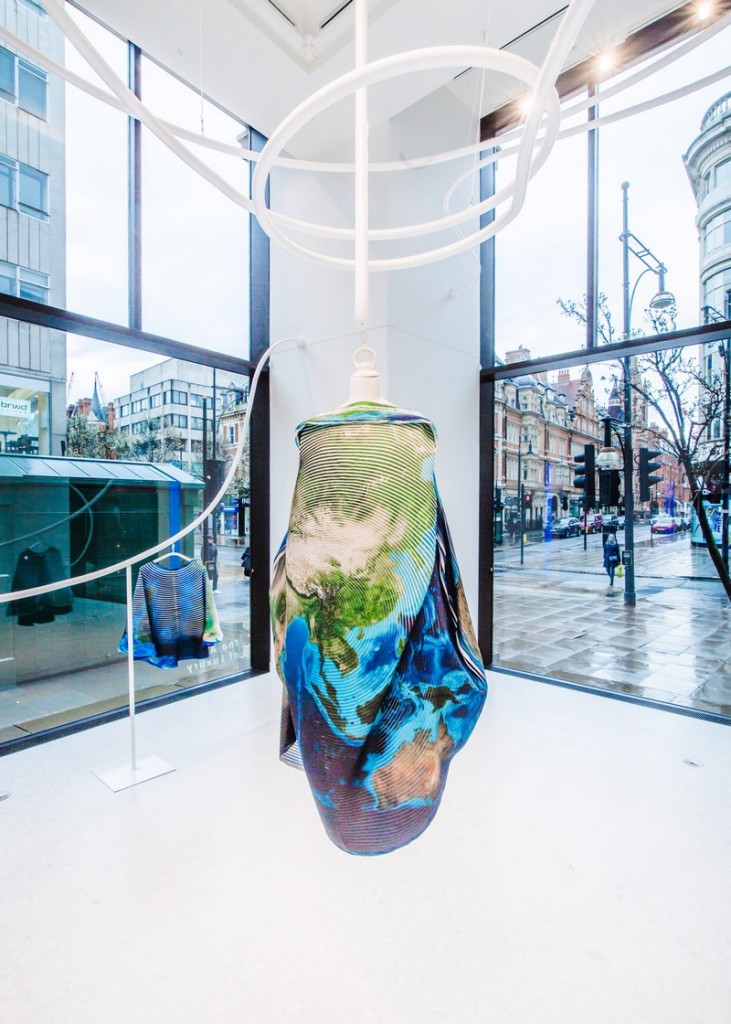 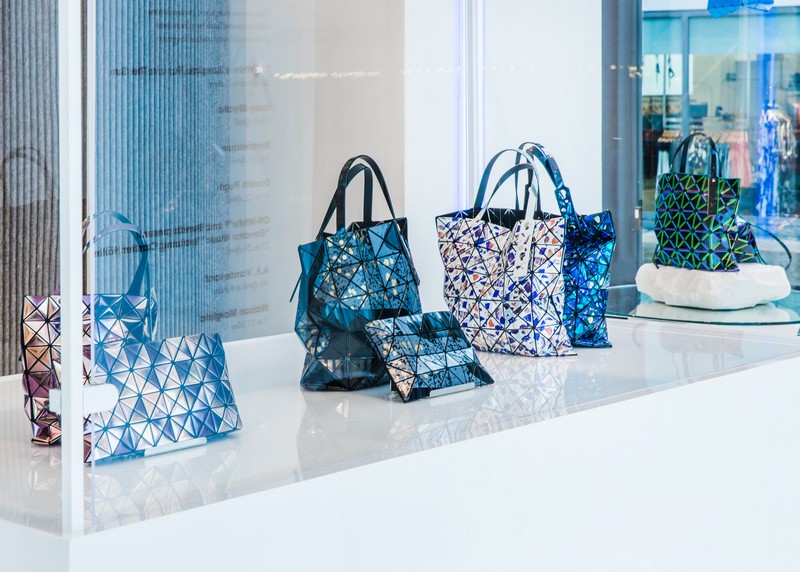 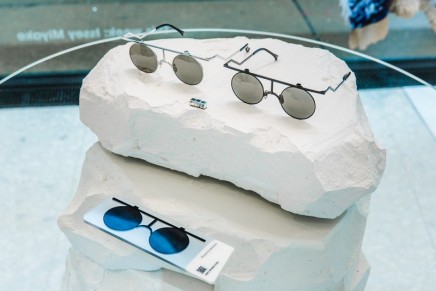 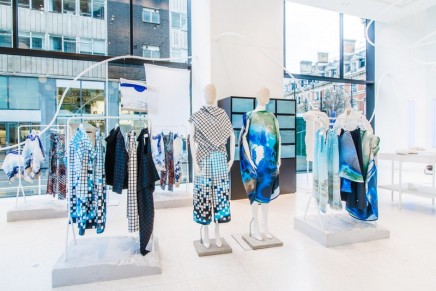 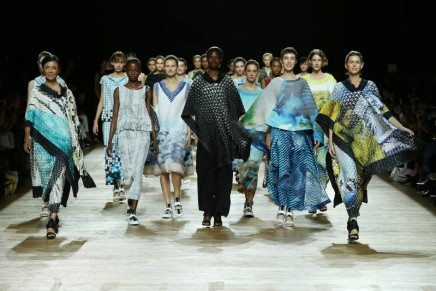 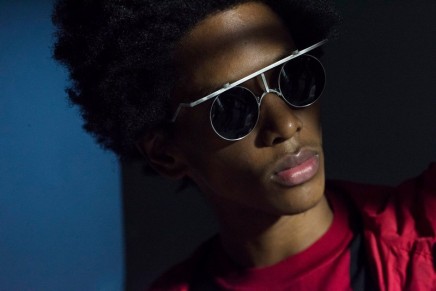 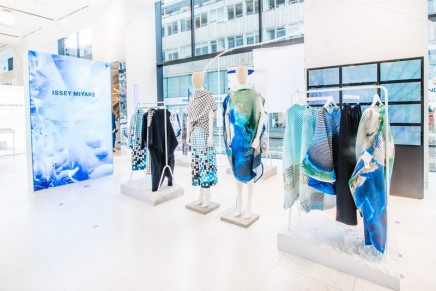 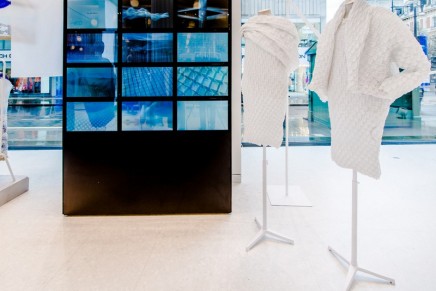 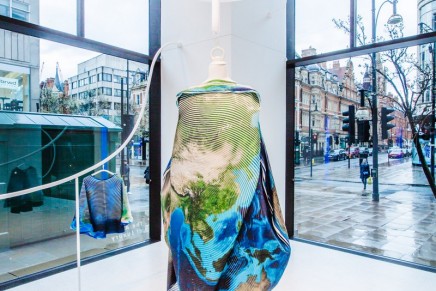 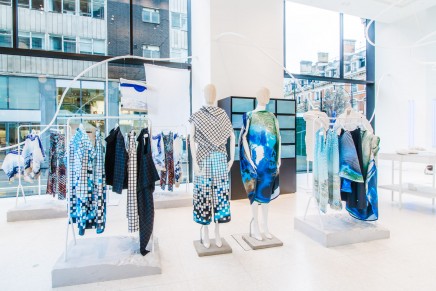 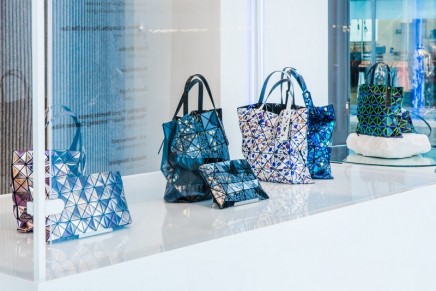