Vacheron Constantin Says Watches for 2012 are Already Sold Out 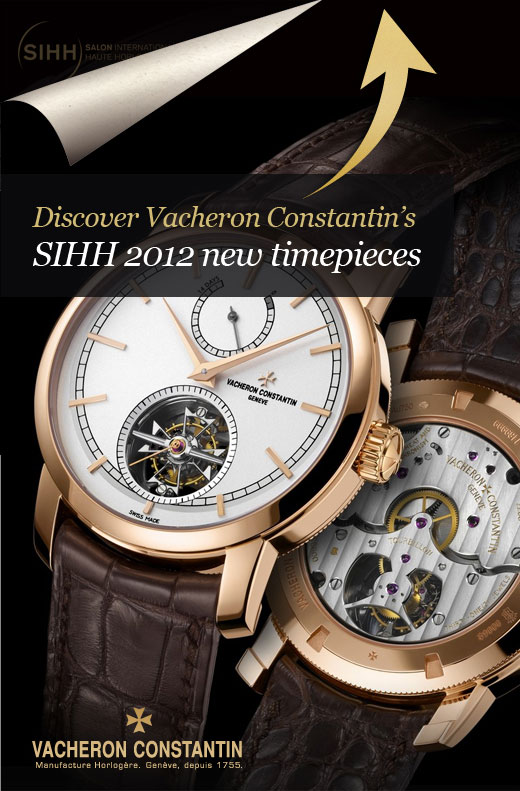 In the first two days of the 2012 SIHH watch fair in Geneva, Vacheron Constantin, the oldest Swiss watchmaker in continuous operation sold out all the production for the year. Vacheron Constantin expects to have a “great” year and to increase its revenue, though growth in the overall industry may moderate, Chief Executive Officer Juan-Carlos Torres  said in a statement for Bloomberg.

The luxury watchmaker plans to add another watch plant to its existing facility in Geneva, according to Torres. The brand’s capacity is set to rise to 21,000 pieces next year and to about 30,000 watches between 2015 and 2017, he said.

“It will be a good year, but I think it will be less than last year,” Torres said. China, a key growth driver for the watch industry, isn’t likely to see a sharp slowdown, he said.

Vacheron Constantin, now part of Richemont luxury group, the world’s second-biggest luxury-goods company, also plans to open about 8 boutiques this year, adding to its existing network of 29 stores worldwide. The new boutiques will be located in cities including Macau and Paris.

To mark the 100th anniversary of the brand’s first tonneau-shaped watch (1912) Vacheron Constantin has revisited the tonneau shape of its Malte collection. For SIHH 2012 Vacheron Constantin presented four new models (3 of them approved in accordance with the new Hallmark of Geneva criteria): a tourbillon, a small seconds watch model, a Malte 100th Anniversary edition and a lady’s model.
[adsenseyu1]