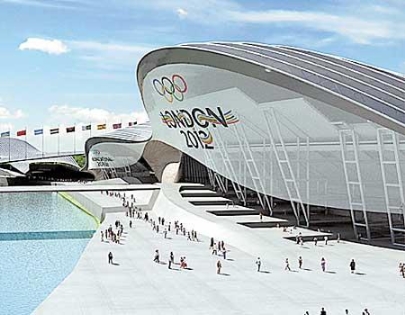 Around two-thirds of the most expensive corporate hospitality packages for the 2012 London Olympics have yet to be sold, although organisers said they were confident of finding buyers for the rest despite the gloomy economic outlook.

Prestige Ticketing Ltd, the company with sole corporate hospitality rights inside the Olympic venues, said it had sold 30-40 percent of its allocation, with strong demand for the tennis, diving and equestrian events.

Luxury hospitality deals cost up to 4,500 pounds ($6,933) a head for a day, including top-tier tickets, wine and meals in a three-storey pavilion being built next to the main stadium in east London.

Prestige Ticketing, a joint venture between French catering group Sodexo and British hospitality firm Mike Burton Group, is selling 120,000 tickets for the Olympics and the Paralympics, less than 1 percent of the total. The Games’ organisers have appointed two other companies to sell hospitality deals, Thomas Cook and Jet Set Sports.