The history of the TUDOR divers’ watch dates back to 1954 and the launch of reference 7922. 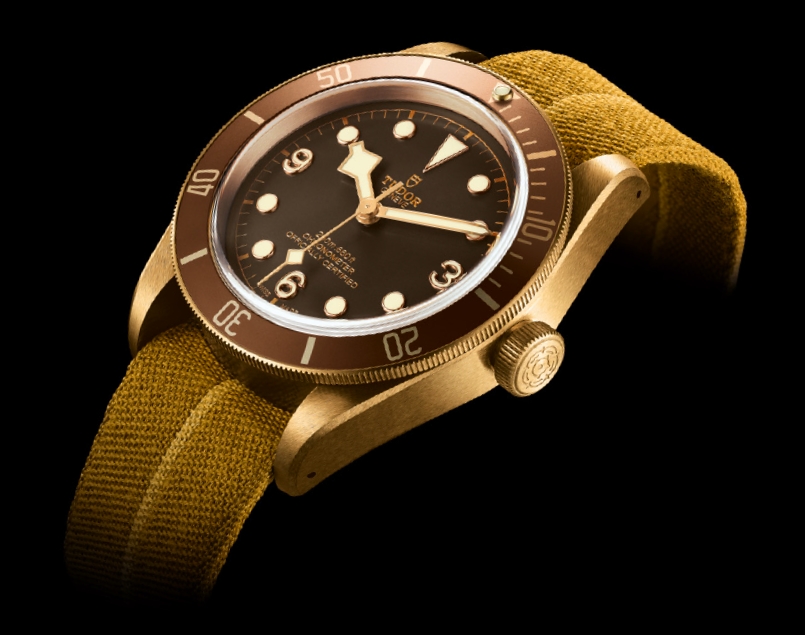 The visual effect of the new Tudor Heritage Black Bay Bronze is that of a patinated time object that could have battled the waves on its owner’s wrist for many years.

The new Heritage Black Bay Bronze watch inherits the general lines, as well as the dial and domed crystal, from the very first TUDOR diving watches. It features the particularly prominent winding crown from the famous 7924 reference of 1958, known as Big Crown. It borrows the characteristic angular hands, known as snowflake, from the watches delivered in large quantities to the French National Navy in the 1970s.

The drilled holes on the side of the lugs and their particularly pronounced chamfering can be added to the list of notable historic design elements adopted in this new model.

The characteristic element of the Heritage Black Bay Bronze is an imposing bronze case, 43 mm in diameter,which is an aesthetic reference to the use of bronze in historic ships and other diving equipment. The choice of this metal, a high-performance aluminium bronze alloy, guarantees the development of a subtle and unique patina to match its user’s habits. In addition to a highly functional appearance in line with the world to which it pays tribute, the Heritage Black Bay Bronze has entirely brushed finishes that guarantee a homogeneous development of the patina. 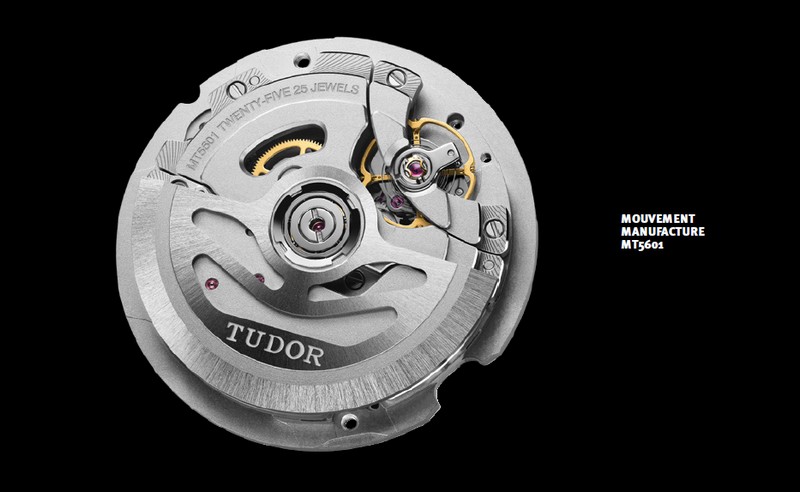 THE TUDOR MT5601 MANUFACTURE MOVEMENT
This is a variant of the TUDOR manufactured movement developed specifically to equip the Heritage Black Bay Bronze model. Slightly larger in diameter and displaying hours, minutes and seconds functions,it bears the reference MT5601, in which “MT” stands for “Mouvement TUDOR”.

“In 2015, TUDOR announced the first mechanical movement in its history to have been developed, manufactured and assembled in-house. A high-performance calibre of excellent precision and proven robustness, it offers a 70-hour power reserve meaning that its wearer can, for example, take off the watch on Friday evening and put it on again on Monday morning without having to wind it,” explained the Swiss watch manufacturer.

Beating to a frequency of 28,800 beats/hour or 4Hz, the movement is regulated by a variable inertia oscillator with silicon balance spring, held in place by a traversing bridge – a guarantee of its robustness. Furthermore, the movement is certified by the Swiss Official Chronometer Testing Institute (COSC). The watch is waterproof to 200 m (660 ft). 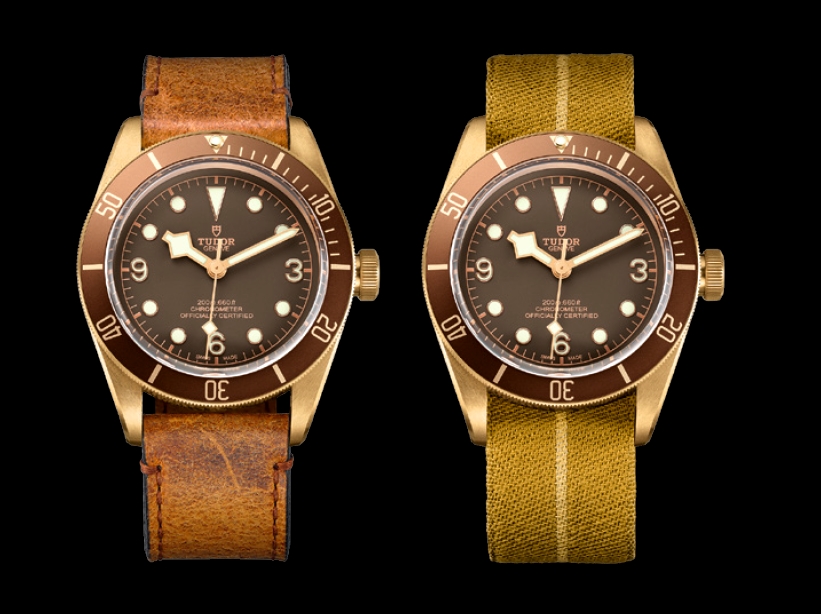 TUDOR’s HERITAGE LINE
A key characteristic of the TUDOR Heritage line is the unique creative process that began in 2010 with the presentation of the TUDOR Heritage Chrono model, a free interpretation of the brand’s first chronograph dating from 1970. Since then, some of the most important references in the history of TUDOR have been reworked within the Heritage line.
TUDOR has identified the historic uses of its watches and reinterpreted them in its latest models. For example, the French Navy had TUDOR watches delivered without bracelets and then fitted them with their own straps, handmade or otherwise. One of them, found on a period watch, is made of elastic recovered from a French rescue parachute. It is from this ultra-functional relic, recognizable by its central yellow thread, that the beige and brown woven jacquard strap fitted to the Heritage Black Bay Bronze descends. 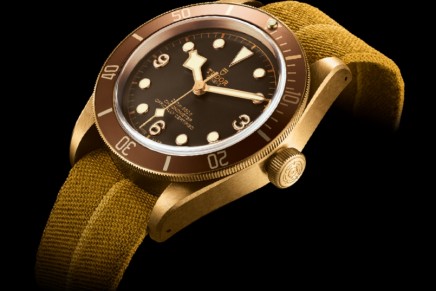 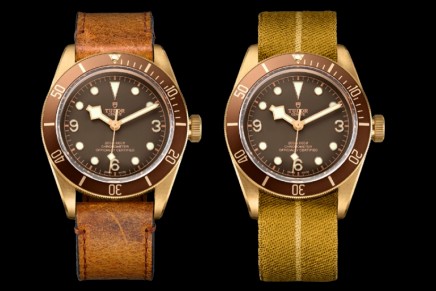 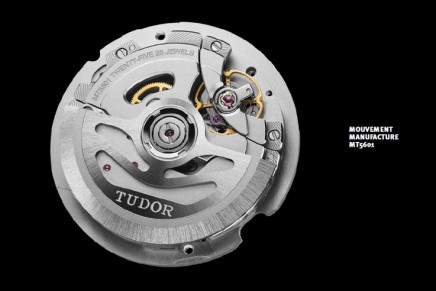