Alex Thomson Racing, also known as the HUGO BOSS Sailing Team, attempts what it is called ‘The Keel Walk‘, a stunt that has become infamous throughout the world thanks to the iconic image of Alex ‘riding’ the keel of his 60ft yacht ‘HUGO BOSS‘.

Alex Thomson, one of Britain’s most talented sailors, has been sponsored by HUGO BOSS since 2003. Alex is competing in the IMOCA 60 class.

2012 will see Alex Thomson attempt to be the first Briton ever to win the ‘Everest’ of offshore yacht racing: the solo, unassisted, non-stop round-the-world Vendee Globe, which starts on 10th November 2012 in France.

Watch the movie with the crazy guy in a suit trying “The keel walk” on the 8 tonnes of carbon fibre yacht. 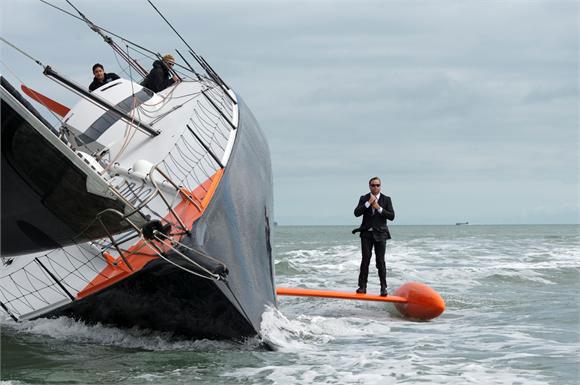