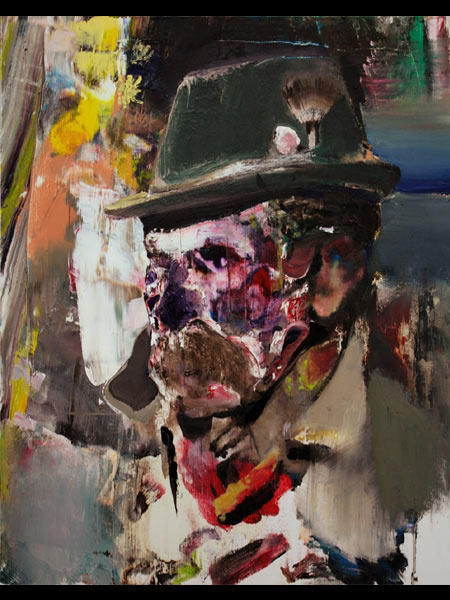 Romanian Scenes is the latest in a series of exhibitions whose origins date to the founding of the Espace culturel Louis Vuitton in 2006; each has explored the contemporary art scene of a foreign country. This year, the Espace has chosen to showcase the artistic experiments of a country that has always been fertile land for creative expression: Romania.

During the years of political oppression, the work of Romanian artists remained experimental and confidential; but once this period came to an end, they were quick to assert their identity, bursting onto the international art scene.
Today, they are a notable presence: from Berlin to London, New York to Paris. Between the public sphere and introspection, they were able to resist all forms of control and retain the characteristics that make them unique.

With open minds, the Espace culturel Louis Vuitton set off for Bucharest and Cluj Napoca to meet men and women who were to introduce us to a new state of painting. A selection of works by artists who have marked the art scene overthe past forty years has been brought together.

The past and the future stand comfortably in one another’s presenceand imagery reigns. Paintings of bygone eras –symbols of the resistance to the dictatorship’s oppression– are like so many reinvented images that, despite exacerbated globalization, continue to have a potent impact.

An older generation of artists in Bucharest maintained a truly vibrant creative energy from the dark years and has passed this torch on to their
successors. Geta Bratescu, a major figure on the post-war Romanian art scene, evokes the theme of travel in a series of drawings based on the principle of stream-of-consciousness writing; Ion Grigorescu bears witness to a bygone era through drawings and photographs; Ioana Batranu paints abandoned interiors hinting at the paradoxical splendor of a troubled past; Bogdan Vladuta, an artist from the new generation, creates near-monochromatic urban worlds in which a kind of impalpable mysticism is expressed.

In Cluj, the young generation of artists has adopted academic painting techniques and then taken them acrossunexpected frontiers to places where hyperrealism and oneiric worlds collide. Dan Beudean uses graphite to turn the mythical characters in his works into icons; Mihut Boicu Kafchin creates a giant-scale universe where reality is plunged into science-fiction; Simon Cantemir Hausi covers his tracks in his portraits and landscapes so well thatthey verge on abstraction; Oana Farcas bathes the gentle strokes of her paintings in light that seems almost supernatural;

Ciprian Muresan adapts works of literature as a means to examine Romania’s recent history through his drawings; Sergiu Toma takes viewers of his works on a mysterious, nostalgic journey, full of phantasmagorical symbols; Serban Savu paints the seeming banality of Romanian society that he scrutinizes from the window of his studio; Mircea Suciu dresses social criticism in an off-beat, subversive universe; and last but not least, Adrian Ghenie uses portraits to explore essential issues surrounding power and oppression while playing with cliches related to the history of entertainment.

In short, while there is no Cluj School as such, the city has been a breeding ground for artists who have succeeded in asserting both their identity and the originality of their style. Their work results from the ebb and flow between the Inner (themselves) and the Outer (the world), respecting a balance that preserves the strength and vigor of the author. 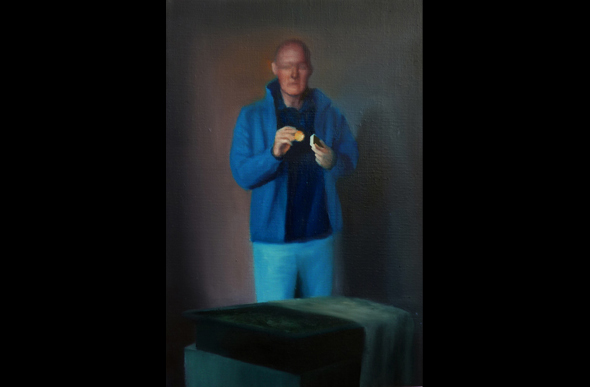 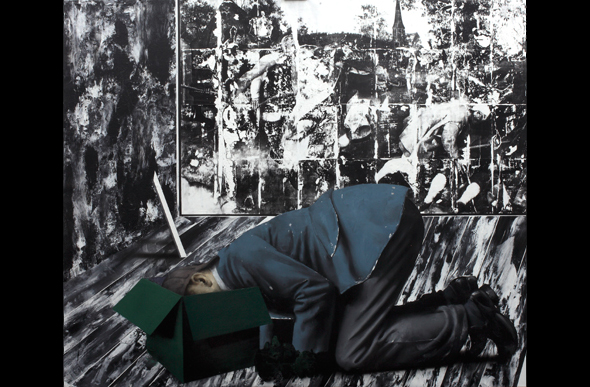 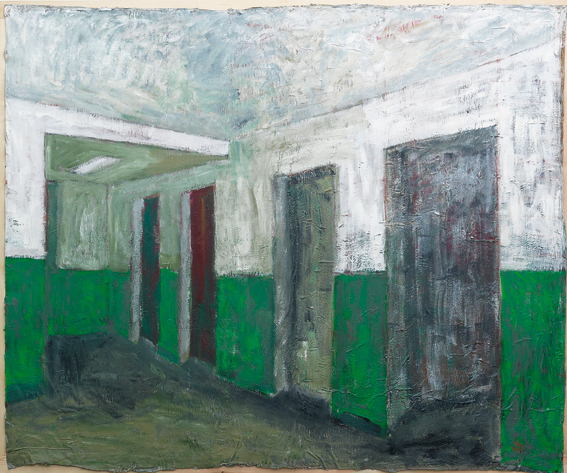 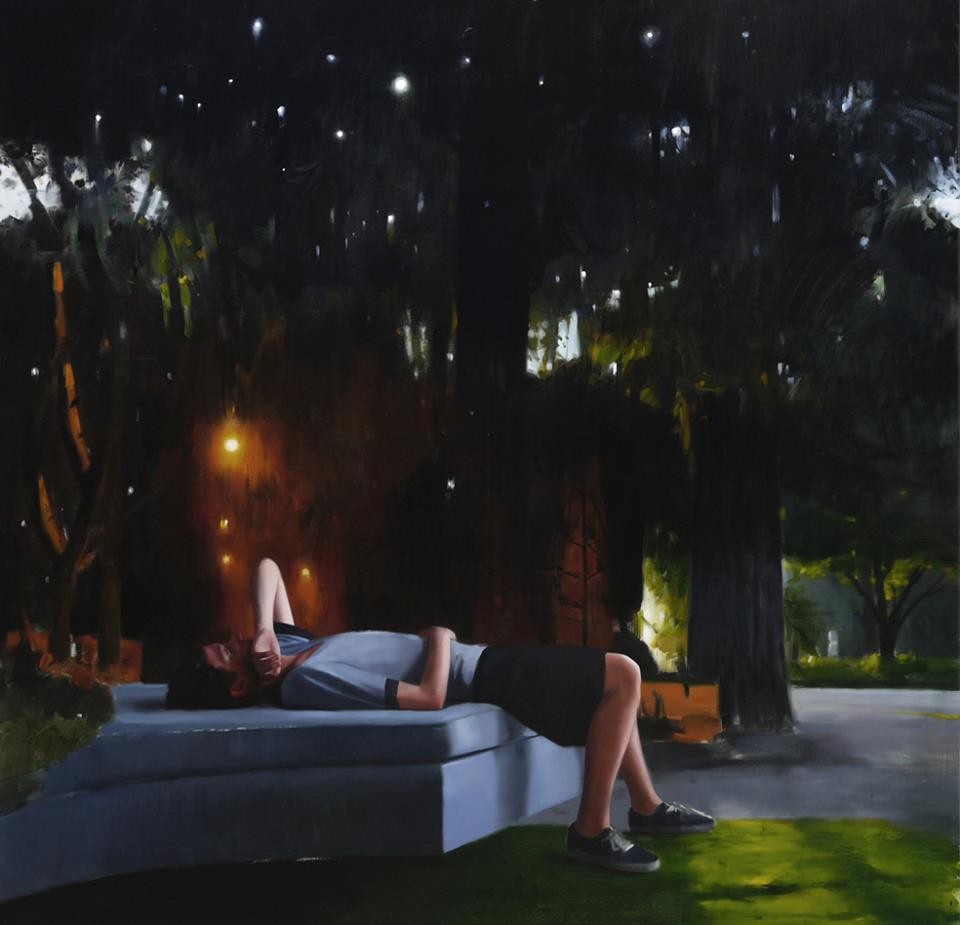 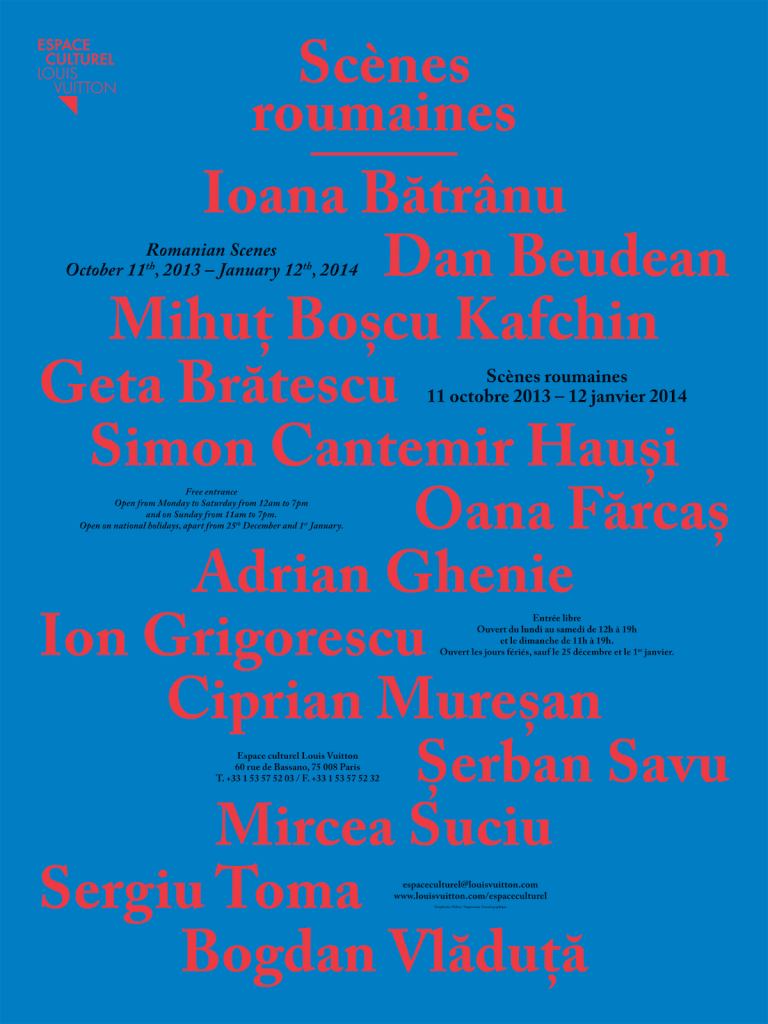 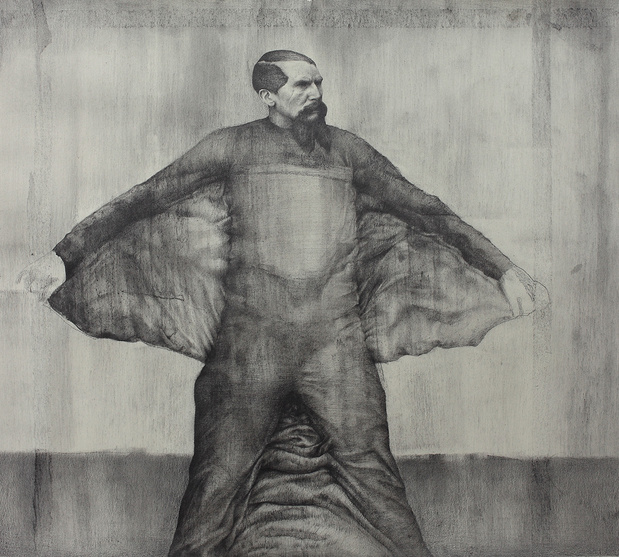